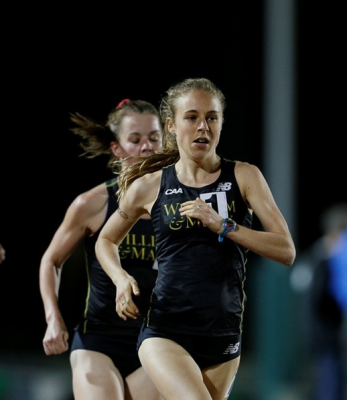 On Saturday, William and Mary opened its racing season by sweeping first place in the Richmond Spider Alumni Open at Pole Green Park in Richmond, Va.

In a field of five, the men took first in the 5,000-meter race with a combined 20 points, 23 points better than second-place Davidson. The Tribe placed three runners in the top five, with sophomore Ryan McGorty leading the pack and taking second in 15:09.6. McGorty trailed first-place individual finisher Will Brewster of Davidson by two and one-half seconds. Following McGorty was redshirt junior David Barney at No. 3 with a time of 15:14.2 and junior Dawson Connell at No. 4, crossing the line in 15:17.9.

Rounding out the top seven runners that count for points were seniors Trevor Sleight,  Faris Sakallah and Cavender Salvadori, as well as junior Chris Hoyle. Sleight took sixth in 15:22.9, Sakallah followed in seventh at 15:26.9, while Hoyle and Salvadori finished a respective 14th and 15th at 15:38.5 and 15:38.7. Overall, nine runners finished in the top 20 for the Tribe.

Junior Regan Rome, a 2015-16 All-American in all three running seasons, led the way for the College, finishing in second in 10:38.2 on the hilly course.

The No. 30 women’s team also topped the field of five, finishing with 30 points to beat runner-up and host Richmond by 15. While the men ran a 5k, the women ran a two-mile race. Junior Regan Rome, a 2015-16 All-American in all three running seasons, led the way for the College, finishing in second in 10:38.2 on the hilly course. The overall individual winner was Massachusetts’ Heather MacLean, who broke the finishing plane in 10:35.7, less than a second ahead of Rome.

Just as with the men, the women had two other top five finishers: senior Molly Applegate and junior Molly Breidenbaugh, who took fourth and fifth, respectively. Applegate finished in 10:55, while Breidenbaugh followed in 11:00.7.

The men and No. 30 women take to the course again Sept. 16, hosting the 58th William and Mary Cross Country Invitational at the Eastern State Hospital course in Williamsburg, Va. This features a men’s college 6,000-meter race, a women’s college 5,000-meter race and high school races on Sept. 17.