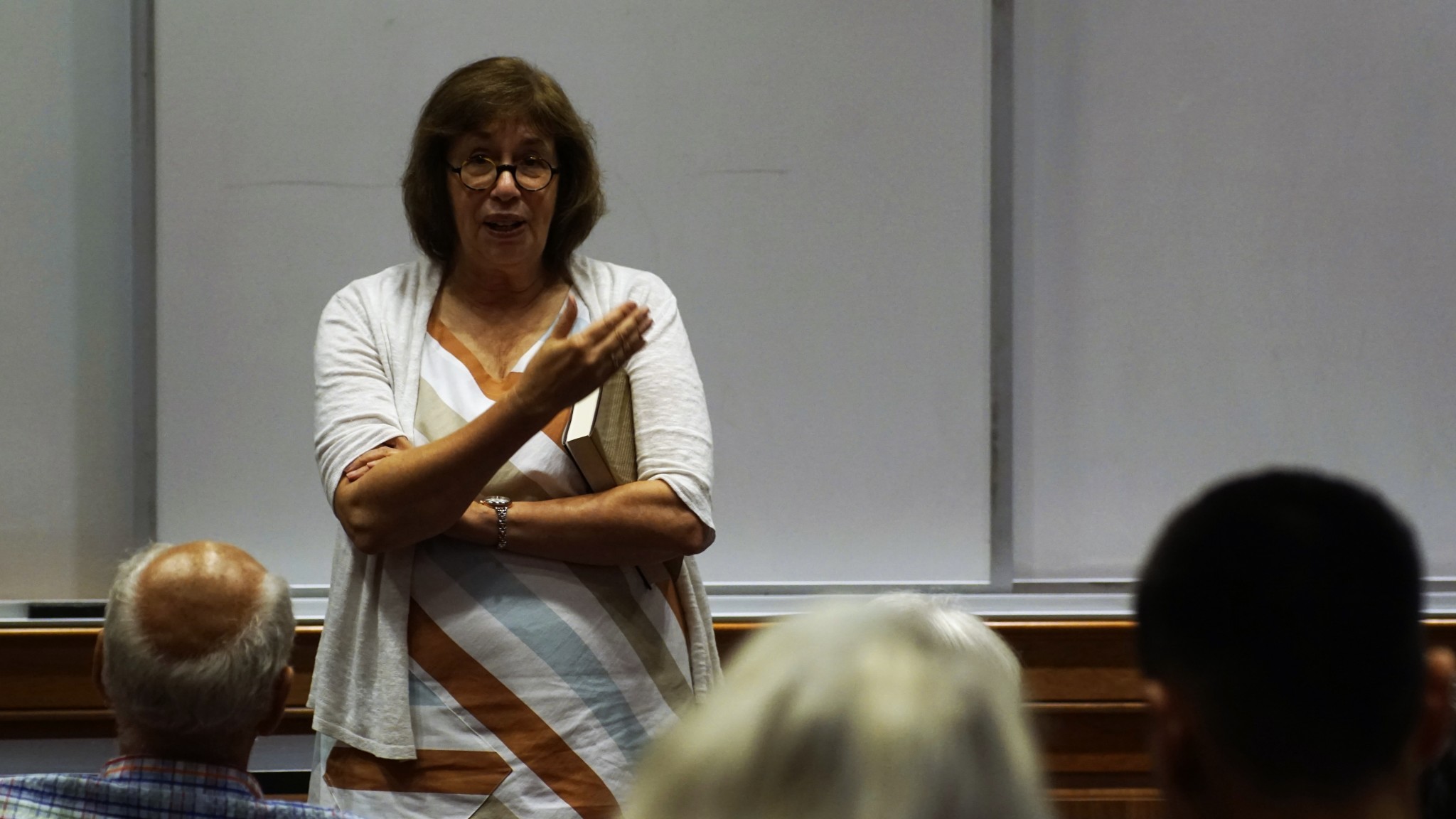 For over 30 years, Greenhouse wrote about the Supreme Court of the United States as a journalist for The New York Times.  She is the winner of numerous awards in journalism, including a Pulitzer Prize in 1998 for her coverage of the Supreme Court.

Greenhouse came to the College of William and Mary on Sept. 22 to promote her new book, “The Burger Court and the Rise of the Judicial Right”, and to comment on the current Supreme Court situation.

Greenhouse also took the time to describe her writing and research process for the book.

“Part of the fun of writing [the book] was delving into the justices’ papers,” Greenhouse said.

As she reviewed the justices’ many writings, she said she got an idea of what these men were thinking as they made key decisions about school integration, abortion and criminal rights.

Many students who had taken government classes were familiar with Greenhouse’s writing.

“I came here because I’m a bit of a nerd for the court system, and I thought this would be pretty good because I had to read one of Linda Greenhouse’s books for one of my classes,” Alyssa Harrison ’17 said.

A large portion of the audience was not made up of students from the college, but of members of the Williamsburg community.

“I’m taking classes for seniors and they had a flyer.  It sounded interesting and I have an interest…so I thought I’d try to come,” Brian Dunham, a local resident, said.

Greenhouse also took questions from the audience. One of the most popular questions involved the subject of the vacant ninth seat on the Supreme Court.

With the death of Associate Justice Antonin Scalia in February, the Supreme Court has been functioning with only eight members, bringing the possibility of ties on cases.

“His absence has a big impact on what’s going on today,” Greenhouse said.

“I think the court is in dangerous territory,” Greenhouse said in response to a question on the politicization of the court.

Greenhouse explained how today, people assume that a justice’s ideology matches up with the party of the president who appointed him or her. She said this undermines the public’s trust in the justice system, as the justices are supposed to only take the facts of the case into account when rendering a verdict, not their personal beliefs.

“The court is its own worst enemy when it comes to politicization,” Greenhouse said.

Greenhouse was also asked to comment on famous cases that she covered in her 30+ years reporting for the Times. One case in particular that she talked about was Citizens United vs. FEC, which upheld the right of nonprofit corporations to support individual political campaigns.

“Personally, I think the court went too far in Citizens United,” Greenhouse said.  “I think we’re paying a heavy price for it with what’s going on today.”

Many attendees enjoyed how Greenhouse synthesized years of court trends and showed how they affected the current state of the Supreme Court.

“I thought it was really interesting to hear from someone who has been following the court for so long,” William Marker ’17 said. “I mean, it’s like one thing for us to go back and study it, but as someone who has kind of lived through and has been reporting for the New York Times.  It was just interesting having that kind of perspective on different types of issues.”