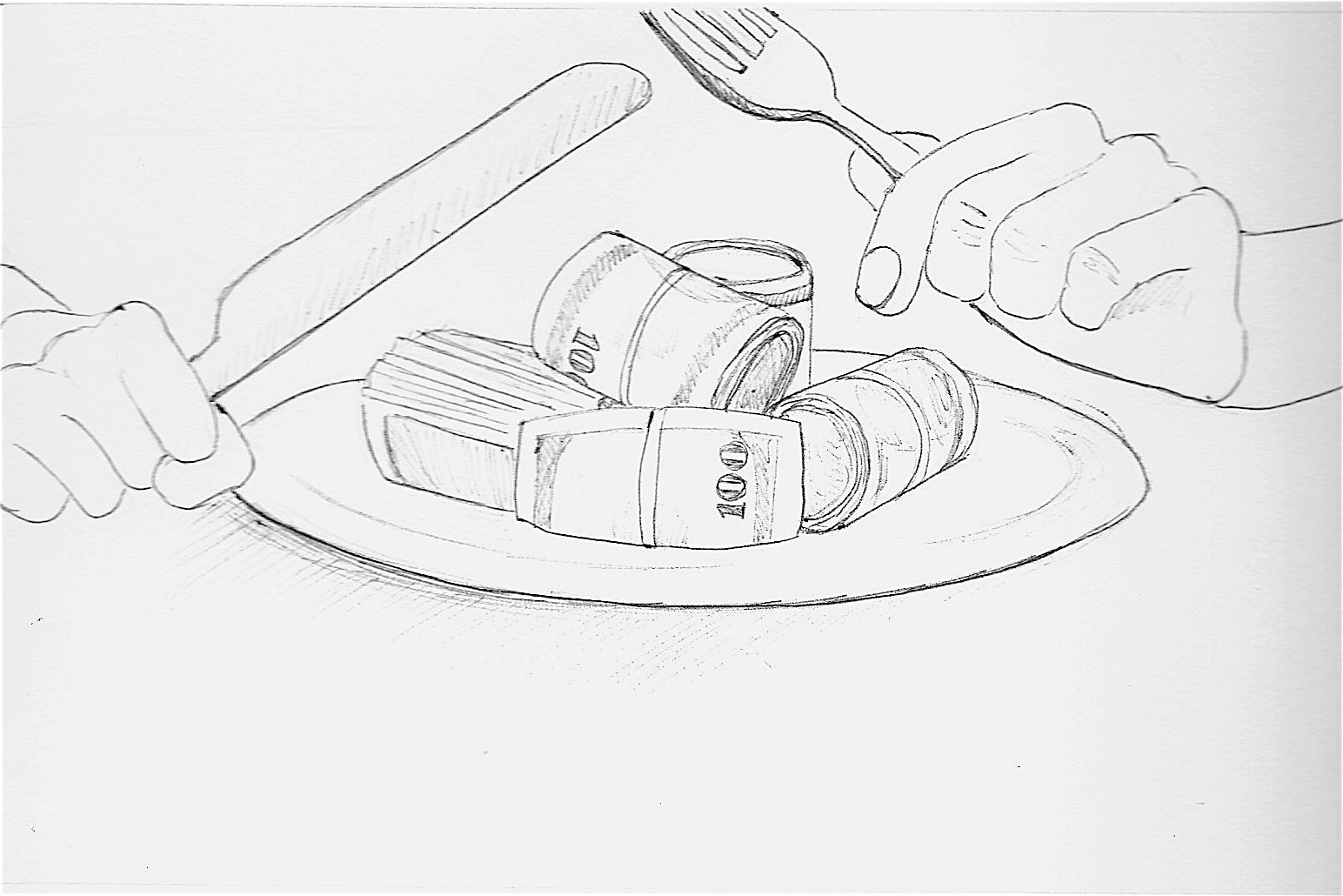 All freshmen at the College of William and Mary are required to have a meal plan. The cost of these plans ranges from $2,219 to $2,549, adding a significant burden to a freshman’s tuition bill. These plans should be reformed and made optional for all students.

Freshmen are offered three plans. For the sake of fairness, this article will analyze one of the least expensive ones, the Gold 14 plan. It provides 14 meal swipes at the dining halls per week, as well as $300 of Dining Dollars (also known as flex) that can be used at certain convenience stores and restaurants around campus. Over the 16 weeks of the fall semester, the plan offers around $17 per day, or approximately $8 per meal if a student eats two meals per day. This figure excludes Dining Dollars, which are used outside the dining halls. By comparison, a student could get a sandwich at The Cheese Shop, a pita from Pita Pit, or a cheeseburger from Retro’s for less than the price for a meal swipe on campus. In addition, a student could save money by going to the grocery store and providing food for him or herself. Thus, using an expensive meal plan may not always be the most economical option for students. Because of this, freshmen should be allowed to make their own decisions as to whether or not to opt for a meal plan, rather than being forced into buying one by College policy.

Not only would removing flex from meal plans reduce their cost, but it would allow students to spend their money wherever they want, often saving money in the process.

The College’s use of Dining Dollars is also problematic. These are dollars that students pay as part of the total fee for the meal plan. They become a kind of fake currency that can only be used at certain stores and restaurants around campus, many of which are linked to the College. The Gold 14 plan includes $300 of flex, ensuring that they will be used at stores that are connected to the College, often with hiked prices. This is a policy that seems to benefit the College more than its students. Not only would removing flex from meal plans reduce their cost, but it would allow students to spend their money wherever they want, often saving money in the process.

Some would say that freshmen should be required to have a meal plan as they adjust to college so that they can have a reliable source of food. It makes sense that freshmen should have some guidance as they transition to a new environment. However, this stops making sense when the requirements imposed upon these freshmen become excessively expensive and in some cases unnecessary. Thus, either the meal plan system should be reformed to contain fewer flex dollars and cheaper meal plans, or students should be able to opt out of it, with the possibility of opting back in the next semester. The ultimate goal of the College’s dining services should be to offer students convenient, reasonably-priced meal options while also giving them as much independence as possible in how they spend their money.

If the College approaches its meal plan offerings with this in mind, it can create a profitable system which is both fair and reliable for its students.

Email the author at stwillner@email.wm.edu.