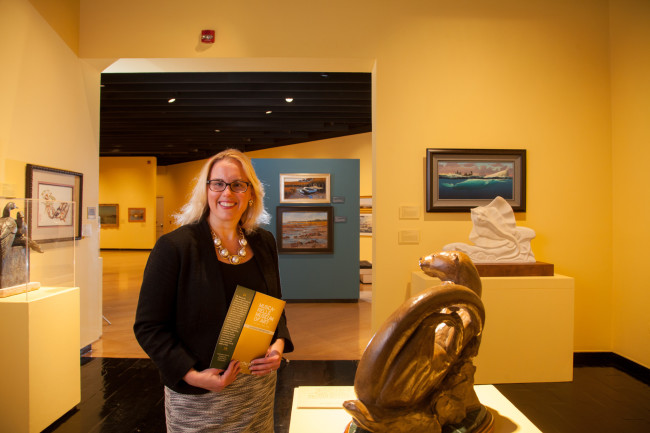 Christina Carroll ’05, J.D.’10 had always planned on being a doctor. She entered the College of William and Mary as a freshman planning to pursue a pre-medicine track.

Just two weeks later, all of that changed.

She bonded with a freshman hall-mate who was going through a similar identity crisis at the time.

“We still joke about this, because I was crying hysterically in the stairwell of Nicholson in Botetourt that I did not want to be pre-med anymore,” Carroll said.

“We still joke about this, because I was crying hysterically in the stairwell of Nicholson in Botetourt that I did not want to be pre-med anymore,” Carroll said.

Carroll had many academic interests, which complicated her career decision-making process after her pre-medicine plan fell through. From psychology to philosophy, her range of interests found a home in the liberal arts curriculum of the College. She recalls taking classes in a wide array of academic fields.

“That’s what’s great about William and Mary — you get to experiment,” Carroll said.

She decided to pursue her passion for politics by becoming a government major. Carroll invested in her academic life, but she also became involved with extracurricular activities on campus, such as joining Alpha Chi Omega Sorority.

Whether it was writing an Honors Thesis on elitism in the federal judiciary or running sorority recruitment on the Panhellenic Council, Carroll embraced many opportunities for growth both in and out of the classroom.

Despite being devoted to her government studies, Carroll also discovered that she had a sincere interest in art history. During her senior year, she faced another dilemma about where to take her life next as she was caught between two of her passions.

Instead of choosing right away, she decided to work as a paralegal for a law firm in Reston, Virginia.

“I loved every single minute of it,” Carroll said. “I decided to go back to law school.”

She had not expected to come back to the College for law school, but she was thrilled to experience the life of a graduate student. She embraced life outside of the classroom nearly as much as she had during her undergraduate career, acting as lead tour guide, a Dean’s Ambassador and President of the George Wythe Society of Citizen Lawyers.

“William and Mary is very different as an undergraduate versus graduate student,” Carroll said. “They’re two completely different experiences, and I’m just so blessed that I got to come back here again.”
Even though she chose to pursue law, she retained her interest in art history and decided to integrate that into her career path. She was introduced to Director of the Muscarelle Museum of Art Aaron De Groft. Taking on an internship for him, she acted as the project manager of the museum’s year-long reaccreditation self-study. In the fall of her third year in law school, De Groft offered her a position at the museum.

Carroll decided to stay, even though this was not necessarily the career route she had envisioned for herself.

“That was not my path — my path was definitely going to be going back to a huge law firm, making partner, going down that path,” Carroll said. “So it was not what I expected, but now I love it.”

“That was not my path — my path was definitely going to be going back to a huge law firm, making partner, going down that path,” Carroll said. “So it was not what I expected, but now I love it.”

Carroll, now Senior Associate Director at the Muscarelle, has been with the museum for six years. Her days, while never exactly the same, often include interacting with student interns, communicating with the museum’s board and managing liaisons, among other leadership-oriented responsibilities. Her work has even taken her out of the country — she recently returned from a 10-day board trip to Italy.

Carroll’s long track record of leadership experience at the College kicked off when she entered the College as a recipient of the Student Leadership Award. Over the following years, she was rewarded for her exemplary leadership involvement, including receiving the Benjamin Stoddert Ewell Award.

Yet her transition into what would become years of academic and personal success was not altogether smooth. As a freshman, she realized that the College had a very different culture than what she was used to in her hometown in Northern Virginia, and she missed being with her high school friends. But whenever asked about her favorite College memory, Carroll points to the College’s profound sense of community that helped her through that transition and likely explains why she is still here on campus today.

“My favorite moment at William and Mary ever was during Orientation when you go and sing the Alma Mater in front of the President’s house,” Carroll said. “I think that was the moment I just realized how incredible the community is at William and Mary.”

This feeling of togetherness continued on through her undergraduate experience, graduate career and remains with her today as she works at the museum. It contributed to her attachment to the school, which she found difficult to loosen following her graduation in 2005. She recalled walking around campus when nearly everyone had already left, feeling as though she was not ready to leave, incredulous that she would not be coming back to campus.

Yet about 10 years and a few of career dilemmas later, Carroll is on campus today, enjoying her continued involvement with her alma mater.