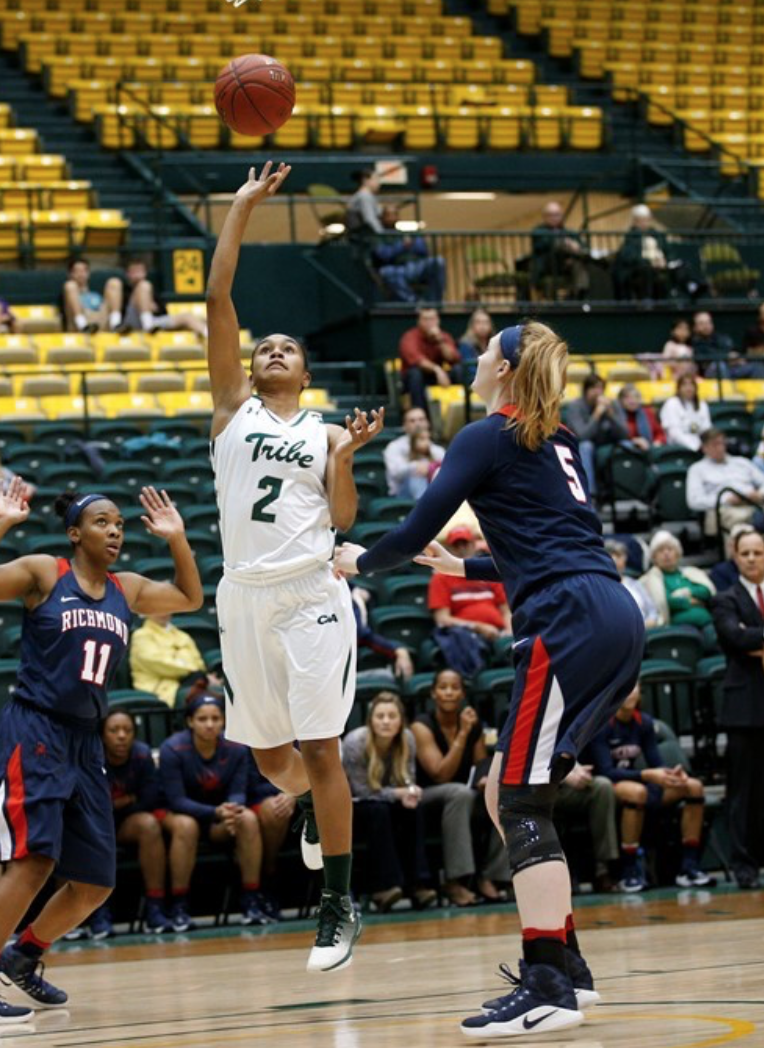 After facing suffocating defense in its opening-day loss against St. John’s last Sunday, William and Mary put on a defensive clinic of its own Friday night against in-state rival Richmond, holding the Spiders to a meager 23.5 shooting percentage en route to a lopsided 63-39 victory. It was the Tribe’s first win against Richmond since Ed Swanson took over as head coach.

“Just real proud of our effort,” Swanson said. “I just liked the way defensively we were moving the entire game. We were doing a great job of feeding off each other, and reading each other, and we really knocked them back on their heels with our defense. I know we can talk about our offense and scoring and so forth, but it was really our defense and rebounding that propelled us to victory.”

The Tribe (1-1) seized the momentum early and did not let up the pressure throughout the first half, holding Richmond (0-3) to just 18 points on 4 for 23 shooting in the opening 20 minutes. On the perimeter and in the paint, the Spiders had trouble getting open shots, a Tribe defender almost always in the vicinity of every attempt. This swarming defense often turned into offense for William and Mary, as the Tribe turned 13 Richmond turnovers into 19 points over the course of the game.

I just liked the way defensively we were moving the entire game. We were doing a great job of feeding off each other, and reading each other, and we really knocked them back on their heels with our defense.”

On offense, the College struggled at first to find a rhythm, but eventually hit its stride in the second quarter, shooting over 57 percent from the floor in the quarter to open a 37-18 halftime lead. Senior guard Marlena Tremba scored nine of her game-high 13 points in the second quarter, leading a balanced scoring attack for the Tribe which saw 10 players get on the scoresheet by the end of the night. After the game, Tremba discussed the offensive execution.

“I thought we did a good job of driving and kicking, and just moving the ball,” Tremba said. “I think post touches were also key. Just getting the inside post players scoring, and then they also kicked it back out, which was getting us open shots.”

A quick 6-0 run to start the third quarter saw the Tribe lead balloon to 25, the College establishing control of the interior on both sides of the floor. The Tribe scored 30 points in the paint in the game, 10 of those coming in the third quarter, while outrebounding Richmond 42-30 and blocking eight shots. Swanson was particularly impressed with the effort on the glass, as the Spiders were held to just seven second chance points.

“It’s been a point of emphasis since the summer that we’ve got to rebound the ball better,” he said. “Even in the St. John’s loss, I was extremely pleased… with how we rebounded in that game, and obviously that carried over to this game.”

Richmond went on an 8-0 spurt of its own near the end of the third quarter to briefly seize the momentum, but it was far from enough to overcome the already significant deficit. Following the momentary lapse in the third quarter, the Tribe dominate the fourth, outscoring the Spiders 16-3 in the period to see out the 63-39 win. Sophomore guard Bianca Boggs was the only other Tribe player to finish in double figures with 11 points, three others finishing with eight, while Spiders guard Micaela Parson led Richmond with 12.

After splitting the first two games of the season at home, William and Mary heads out on the road for a quick pair of away games. The Tribe will take on Old Dominion at 2 p.m. on Sunday, and then will face off against South Carolina Upstate Tuesday, which is scheduled for a 7 p.m. tip-off.