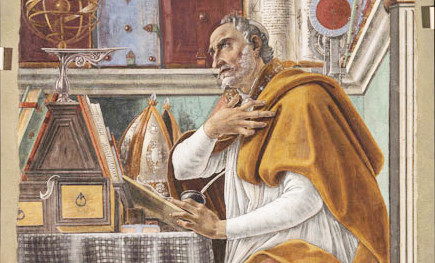 From Turin’s Galleria Sabauda, one of artist Sandro Botticelli’s two Venus paintings in the world will leave Italy to go on display for the first time in the United States. Its first American host is none other than the College of William and Mary’s Muscarelle Museum of Art, which will have its halls decorated with classic works from Botticelli upon its reopening Feb. 11.

For our constituents, for our visitors, it will be a once in a lifetime opportunity to see these works in the flesh, so that’s significant,” Head of Collections and Exhibitions Management Melissa Parris said.

“For our constituents, for our visitors, it will be a once in a lifetime opportunity to see these works in the flesh, so that’s significant,” Head of Collections and Exhibitions Management Melissa Parris said. “It’s an artist who’s among the most important artists in our history. We of course have a fine art history and studio program here so that is good for students to be able to see master works first-hand.”

Through a partnership with Italy’s Associazione Culturale Metamorfosi, the Muscarelle was loaned the Turin gallery’s Venus painting along with 15 of Botticelli’s other works from cities and churches in Italy, according to a press release.

Titled Botticelli and the Search for the Divine: Florentine Painting Between the Medici and the Bonfires of the Vanities, the exhibit’s next and only other American host will be Boston’s Museum of Fine Arts, starting April 18.

The transport of valuable, 500-year-old works presents its own set of challenges for the museum. Parris said that securing the collections’ transport involved “a very complicated set of logistics” that was challenging because it required working with different fine arts agents in Italy.

Once the shipping is settled and the works arrive at the museum, Muscarelle staff must ensure that the works fit in the galleries, despite prior preparation.

“There’s a lot of discussion about layout which our curator usually has prepared in advance,” Parris said. “But then sometimes objects will come and we may find we have to slightly adjust some of our earlier expectations because of the challenges with the installation.”

Logistical concerns, such as art pieces fitting within the layout, are not the only issues that the museum must address come installation. Lenders make requests that the host institution must fulfill during the process, such as installing protective guard rails to presenting the art in a way that conveys its natural condition.

The Muscarelle’s Assistant Director and Chief Curator John Spike works with Facilities and Exhibitions Manager Kevin Gilliam to ensure that these requests are met. One work, Botticelli’s “Saint Augustine in the Studio,” came with its own specific design requests.

“Everything has to be thought through and we have to respond to our lenders’ request,” Spike said.

After years of effort, planning and negotiation that went into this exhibit, Muscarelle Director and CEO Aaron De Groft said that he believes that the exhibit will afford visitors a rare opportunity to see Botticelli’s work in-person.

There’s no replacing seeing a work of art in person,” De Groft said.

“There’s no replacing seeing a work of art in person,” De Groft said. “The enormity, the proportion to your body… These are stunning examples of Botticelli that are being shared with our students and visitors that they never in their life would probably be able to see.”

Botticelli is also well-known for his works “Birth of Venus” and “Primavera”, both of which reside in the Uffizi Gallery in Florence.

Spike and De Groft said they were unable to get these two works from the Uffizi Gallery, therefore they will not be included in the Muscarelle’s exhibition.

Spike said that he still believes that the importance of Botticelli’s other works should not be underestimated.

He said that visitors to the Muscarelle, who may not have the opportunity to travel to galleries overseas, will appreciate what the museum has curated for exhibit.

“Those audiences will be enthusiastic and grateful to see original works by him even though they are not those two unique treasures,” Spike said. “At this point, because of his fame, all of his works are considered treasures.”

Spike said that out of many of Botticelli’s paintings, the singular Venus painting is valued because of the realness featured in the art.

“The thing that makes his ‘Venuses’ eternal in their appeal, they never go out of style… It’s not only Vogue magazine-like elegance and refinement,” Spike said. “There is a … naturalness in the women’s face to remind us of real life.”

The works of the Venus painter are not the only works of art that the Muscarelle Museum will unveil upon the exhibit’s opening, however.

The works of Filippo Lippi, Botticelli’s master and pupil of the first Italian Renaissance painter Masaccio, will also be on display in the museum.

“We have more paintings by Filippo Lippi than have ever been shown, apart from the Uffizi [Gallery] itself,” Spike said.

De Groft said that he believes that the strength of the exhibition lies in the research contributed by Spike, which he called “groundbreaking.”

“One of the things that may be overlooked is that to discover things right, make new observations about one of the great artists, one of the most studied artists in art history, is very difficult to do,” De Groft said. “For a great liberal arts research university as highly ranked as William and Mary to provide cutting-edge, new scholarship on something this studied, this important, is really I think very, very, important. And we’ve done that.”