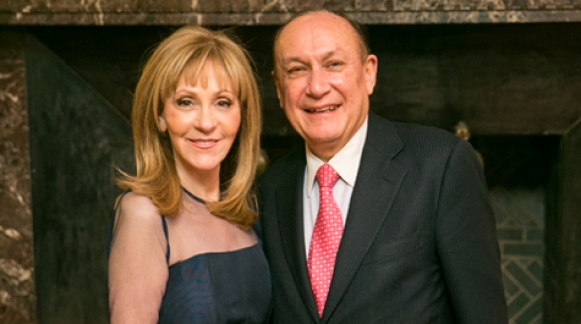 Construction of the Shenkman Jewish Center has advanced to the next phase following the William and Mary Real Estate Foundation’s submission of plans for the City of Williamsburg’s review. The plans have already been examined by the City’s planning commission but require further review by the City Council before the College of William and Mary can move forward with construction.

The Center is intended to serve as a gathering place for the College’s Jewish community and will house a meeting room, a study lounge, a kosher kitchen and a Sukkah, a hut used for the Jewish holiday of Sukkot.

Construction is expected to last for the next year. The Shenkman Jewish Center is named after donors Mark and Rosalind Shenkman, who gave the College a seven-figure donation to fund its construction. The plan was developed by the Real Estate Foundation and Hillel, the College’s most prominent Jewish organization, with input from the Shenkmans. The Real Estate Foundation will own the building, but rental spaces will be available for community use.

The City’s Planning Commission, which is responsible for evaluating the logistical elements of proposed construction projects regarding land use, reviewed the plans prior to their submission to the City Council. Typically, the Planning Commission votes on the feasibility of building applications such as the one for the future Shenkman Jewish Center and submits its recommendation to the City Council, which takes the commission’s suggestions into account when making a final decision at the November City Council meeting.

However, three planning commission members employed by the College recused themselves from the vote to avoid a conflict of interest. This action prevented the commission from reaching quorum and from making a formal recommendation to the City Council.

Still, the remaining two commission members voiced their support for the Center’s construction.

The Center will be a welcome contribution to the streetscape of Jamestown Road as a permanent, visible sign of the significant community of Jewish students at the College,” Planning Commission member Jeffrey Klee said.

“The Center will be a welcome contribution to the streetscape of Jamestown Road as a permanent, visible sign of the significant community of Jewish students at the College,” Planning Commission member Jeffrey Klee said.

City Council member Benming Zhang ’16 expressed similar sentiments regarding the addition of the Shenkman Center to the Williamsburg community.

“I know that the College administration had been eager for some time to move forward with providing a welcoming space for the College’s Jewish students and all those interested in exploring and observing the Jewish faith,” Zhang said. “The proposed development falls right in line with both the City’s aspiration and commitment to being an inclusive, welcoming community for all of our residents.”

Other potential uses for the Center include hosting events for religious holidays, group discussions and social gatherings. These events, typically hosted by Hillel, are currently held in various meeting spaces and conference rooms on campus. Although the lack of a designated meeting space currently does not prevent Hillel from hosting events, it does limit the group’s ability to celebrate certain Jewish holidays.

“It’s frustrating because there’s not a good space for everything,” Hillel President Alexina Haefner ’19 said. “The [Sadler Center’s] James room doesn’t really lend itself to a nice dinner atmosphere, and we can’t really light candles, which is a big part of a lot of Jewish holidays.”

Haefner said she was dismayed over the College’s lack of a designated Jewish center or Hillel house, two fixtures found at universities such as the University of Virginia and Virginia Tech.

The Shenkman Center is set to include a kosher kitchen, which will significantly improve the Jewish community’s accessibility to kosher foods. According to Haefner, Williamsburg’s kosher dining options are limited, so Hillel members often have to travel to Norfolk or Newport News to obtain kosher food for their events.

Haefner said she believes the erection of a Jewish student center on campus will have a positive impact on the College.

Mark Shenkman also said the Center will develop the College’s Jewish community by attracting more Jewish students to apply to the school and become involved in campus organizations such as Hillel.

“In my view, the Center will help attract talented Jewish students who might not have ever considered applying to William & Mary, which could lead to a larger pool of applicants for the school,” Shenkman said in a press statement.