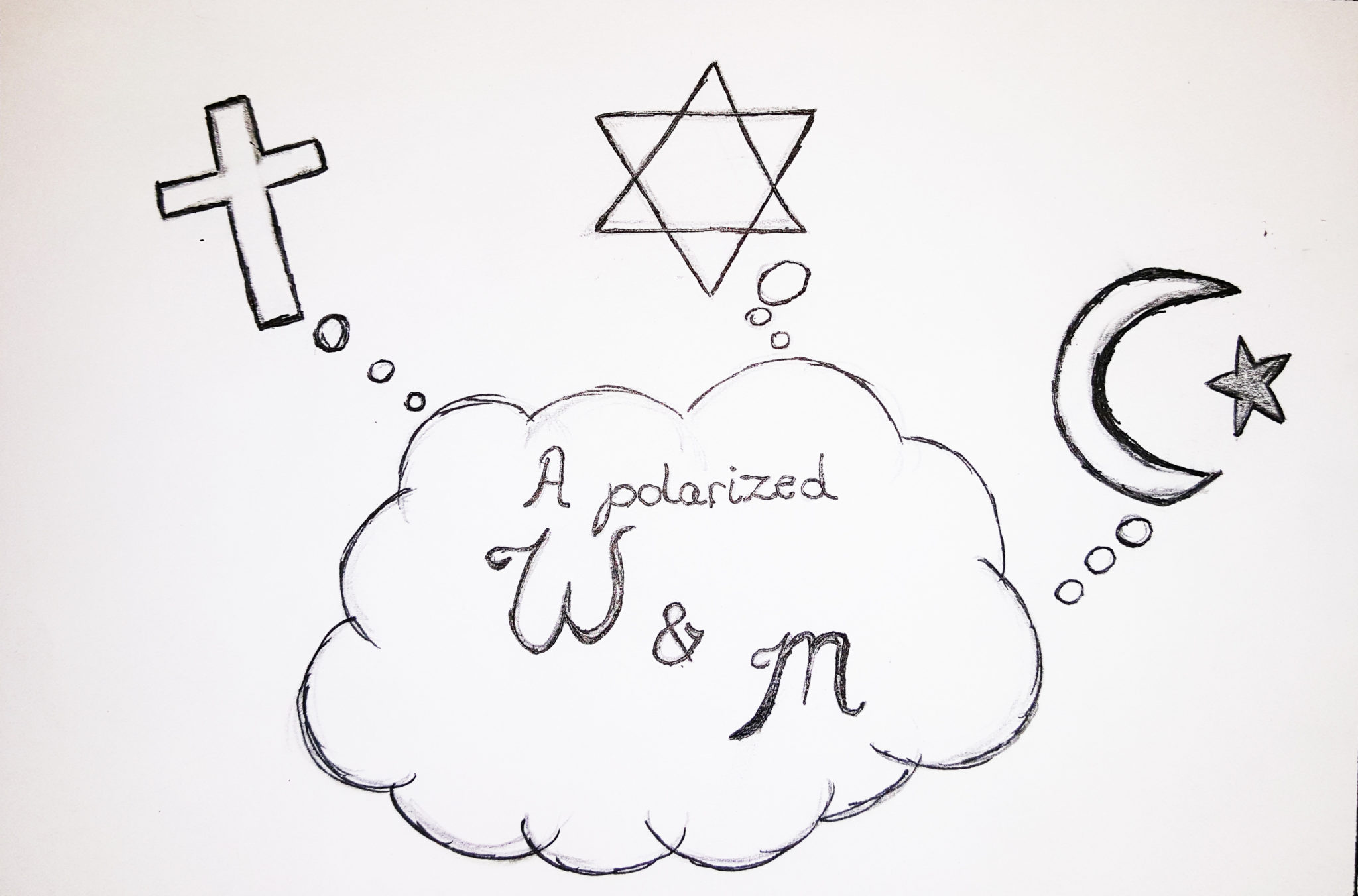 Are we accelerating toward a precipice?  The polarization of our national politics is increasingly visible at the College of William and Mary. On the one hand, protesters shouted down an invited speaker in Phi Beta Kappa Memorial Hall Oct. 4 by chanting slogans that included “liberalism is white supremacy.” On the other hand, anonymous fliers were posted in Morton Hall Oct. 9 that included the statement “affirmative action is government-mandated racism.”

Government professor Hugh Heclo captured the reality of our culture wars well in a lecture delivered at Harvard University when he said, “both sides perceive themselves to be under attack from a determined foe. Both enjoy the self-righteousness that comes with being the aggrieved victims of such aggression. And both find it useful to play the politics of fear against each other.”

Terms like “racism” and “white supremacy” risk losing meaning in such a climate, as both sides claim exclusive recourse to their meaning and application. Words are distorted to become tribal indicators rather than a means of communication. For example, President Trump’s absurd suggestion that there were “very bad people on both sides” of the recent Charlottesville protests was a horrifying failure to indicate assent or dissent in graduated terms, and has resulted in an increasingly polarized understanding of what it means to be impartial. As a result, the very notion of dialogue and conversation is now under suspicion.

Despite wide recognition that something has gone deeply wrong, easy solutions are not forthcoming; However, I suggest that a theologically literate discussion is an important piece of the puzzle that seems to have broken apart. One problematic development in higher education is the reduction of religion to its cultural artifacts — Christians celebrate Christmas, Jews have Passover dinners and Muslims fast in culturally diverse ways, etc. This reduction fails to grasp that every human being finds meaning in subjective, socially conditioned norms that we often receive as self-evident. Theology is important because it forces us to flesh out the difficult intermediary issues through which we arrive at moral conclusions. This process of “fleshing out” our moral assumptions (which we Christians take quite literally) is essential to healthy expressions of subjective truth claims. Without this process, we often fall prey to fundamentalism and lazy moral conclusions.

One unexamined religious ideology that is particularly concerning to me on campus is an emerging Theology of Self, which suggests that the subjective feelings of any given student is the absolute arbiter of reality. For example, community members who advocate for “trigger warnings” or file public grievances against professors who challenge their viewpoints on political issues in the name of “safe space” are claiming that their perceived experience is more authoritative than the objective context of an action. Students who adhere to this Theology of Self are right to be concerned with subjective truth and the lived reality of diverse human experience, but whether they recognize it or not, they are making unquestionably theological claims about the nature and authority of truth.

As a Christian priest, I encourage my students and parishioners to expose themselves to criticisms of Christianity because a vibrant, adult expression of faith is refined through intellectual discourse.

As a Christian, my whole life is structured around that category of claim. I believe in certain essential truths about human existence that have been divinely revealed through the life and work of a unique historical person: Jesus of Nazareth. The truths revealed in Jesus are necessarily personal and subjective, and they preclude certain other subjective truth claims such as the idea that God does not exist. In this sense, my Christianity makes me kin to the proponents of a Theology of Self; however, the difference between us is that we have radically different conceptions of the self and how our truth claims should interact with those who do not share them.

As a Christian priest, I encourage my students and parishioners to expose themselves to criticisms of Christianity because a vibrant, adult expression of faith is refined through intellectual discourse. Strangers to the Christian faith often articulate wonderful theological truths; it is important for us to hear their criticisms because they keep our community honest by steering us away from lazy, fundamentalist binaries of “good” and “bad.” Furthermore, the life and example of Jesus demand that his followers be in a relationship with those who do not agree with him, even those who despise him. Therefore, I tell my students that we are obligated to engage people of diverse ideas in the same way that Jesus engaged people in his own time as beloved children of God.

My point here is that by using unexamined truth claims to impose moral sanctions and restrict our campus’ intellectual discourse, many students are unwittingly advancing a conception of the College community that is alarmingly theocratic. As a Christian priest, I fear the darkest moments in Christendom are foreshadowed in the assumptions on display in Phi Beta Kappa Memorial Hall and Morton Hall. Religious fundamentalism of any sort often leads to dramatically polarized conceptions of the world, which in turn can lead to intolerance and authoritarianism. As American citizens, we are witnesses to the fact that theological conviction does not require political authoritarianism. We live in a country where, largely based on religious belief, people have opposed political authoritarianism, and thanks be to God that they continue to do so. That being said, our theological literacy is at low ebb, and I am worried that our culture of protest has blinded us from seeing when we are engaged in making fundamentalist truth claims. One of the greatest dangers of religious zealotry is a reductionist view of the human person. My concern is that is precisely what the theological claim of the Self as “victim” or a “pure and righteous ally” accomplishes.

When we reduce religion to cultural diversity and fail to understand the value of theological rigor, we expose ourselves to the failures of fundamentalism and distort our ability to be reasonable as well as empathic. We cannot learn from each other when we presume malicious intent and silence discourse before we are able to express our dissent in graduated terms. This is a fundamentalist mistake, and one which Jesus attacked when he walked this earth, challenging those who thought themselves righteous to confront their unrighteousness, and affirming those who regarded themselves as beyond redemption. Theologies of self-righteousness are nothing new, but we are witnessing how they foster polarization in our own time. I fear that members of our community are increasingly being forced to conceive of themselves within the narrow dictates of a Theology of Self that often expresses itself in fundamentalist ways. At a minimum, recognizing the theological parallels between this emerging Theology of Self and religious fundamentalism should allow us to engage in honest discussion. We have little hope of reconciliation and justice if we do not understand the nature of the truths for which we advocate and indeed the complexities of our own humanity.

Rev. Tyler Montgomery is the Episcopal Chaplain to William and Mary. Email him at tlmontgomery@wm.edu.