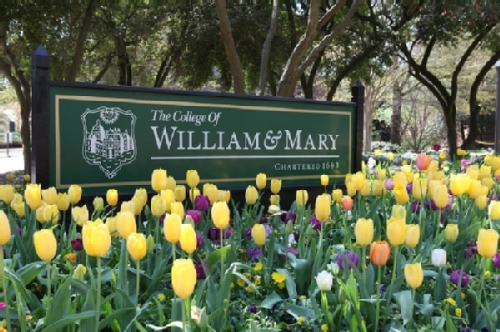 Since 1991, the Patrick Hayes Writers Series has been bringing writers onto the College of William and Mary’s campus to read their work and speak with students about the path toward becoming a “real writer.” In the past, the series has brought in authors like short story writer Anne Beattie, novelist Roxanne Gay and most recently, Kelly Link.

Link is a short story author, specializing in fantasy stories set in the modern day that often have a postmodern twist. In other words, Link’s characters often suffer from the same sort of disillusion and ennui introduced in the 1950s with books like “Catch-22” and “Slaughterhouse-Five.”

The characters struggle with familiar problems of wealth, love and death, but they do so in the company of vampires, zombies and superheroes.

I think that amazing is an overused word, but I think amazing accurately describes the effects of Kelly Link’s stories,” Johnson said.

“I think that amazing is an overused word, but I think amazing accurately describes the effects of Kelly Link’s stories,” Johnson said. “They’re so inventive, so effortlessly original, so funny and frightening and surprising and beautifully written that I can only gawk and succumb to their pleasures.”

When Link took the stage, she began to speak about writing, what she loves to read and what she felt readers crave when they read.

Link said she grew up reading fairy tales, ghost stories and science fiction and now writes what she loves. She loves short, fantastical stories because they distract readers with alternate worlds but also incorporate lessons about the real world.

“They are true and not true at the same time, real and not real,” Link said.

Her audience could see this trick come to life later as she read her short story, I Can See Right Through You, aloud to the crowd.

The main character is introduced as a vampire and revealed to be an actor whose fans seem to believe in the reality of his role as a bloodsucker. There are ghosts that may or may not be real, including one that may be haunting the main character’s relationship.

Link drops details into her writing that leave it ambiguous as to whether fantasy is truth in her work, or if it’s simply a story within a story.

“A major thing I felt I learned, especially with regard to magic realism as a genre, is that not everything has to be straightforward,” Hunter McConville ’18 explained. “A story about vampires or monsters can be so much more.”

In the audience were students from nearly every creative writing class offered this semester. The Patrick Hayes Writers Series was designed not just for exposure to different types of writers, such as poets and screenwriters, but for the added context that a personal relationship with a writer gives their work.

The event Nov. 9 was also designed with personal conversations in mind. Link stayed after the discussion to sign books, and students from an advanced fiction class were invited to go to dinner with Link and some of the creative writing department’s faculty.

For Noah Kreutter ’18, one of the students who attended the dinner, this experience opened his eyes to the kinds of people writers can be, particularly writers like Link. He said that one piece of advice she gave — that writers should have boring lives and interesting friends — stood out to him.

“She was more grounded in person than I would have expected,” Kreutter said. “Her stories often have a very surreal quality, and so part of me thought that she would seem more unconventional than she did.”

For others, Link’s visit was more practically informative. Becky Arens ’18, who said she is an avid fantasy writer, felt that attending the talk helped prepare students for a future in writing.

I was very excited to go to the Kelly Link reading, because what she writes is really a genre and style that I have a lot of interest in,” Arens said.

“I was very excited to go to the Kelly Link reading, because what she writes is really a genre and style that I have a lot of interest in,” Arens said.

Arens said she was excited to ask Link questions about her favorite movies and what strategies she uses to withhold information from the reader in order to keep books suspenseful.

The creative writing minor was created five years ago, and more classes have been added over time to meet that demand. According to creative writing professor Brian Castleberry, over 30 students are on the waiting list for the introductory class every semester, and they are so eager to get into the class that he starts each of his classes with a “no overrides” speech.

He said that while the Patrick Hayes Writers Series has always been a valuable endorsement of the arts on campus, and in this environment, the series itself and authors like Link that come with it are especially valuable to aspiring writers on campus.