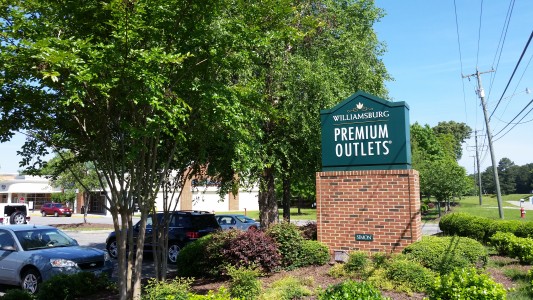 The Williamsburg Premium Outlets announced the opening of two storefronts last week in preparation for the upcoming holiday season. The Outlets, which are located in James City County alongside Richmond Road, welcomed See’s Candies and Book Warehouse as the newest additions to the mall’s repertoire of shops, boutiques and eateries.

Brandy Coffee, the general manager of the Outlets, embraced the new openings for their relevance to the approaching winter holidays, saying she believes they will enhance the shopping that often accompanies the weeks preceding Hanukkah, Christmas and the New Year.

We are pleased to announce these new options for our guests, [which are] perfect for stocking up during those holiday shopping sprees,” Coffee said in a press release.

“We are pleased to announce these new options for our guests, [which are] perfect for stocking up during those holiday shopping sprees,” Coffee said in a press release.

See’s Candies specializes in candy, chocolate and other confectionary products. The company started in a small shop more than 90 years ago, and has since expanded to over 200 stores across the United States. See’s Candies’ storefront in Williamsburg is the company’s 11th location in Virginia, and the third in the Tidewater region following existing branches in Norfolk and Virginia Beach.

Book Warehouse offers customers a wide variety of literature at discounted prices, and also sells traditional bookstore wares such as magazines, calendars and organizational tools. Book Warehouse has more than 40 locations nationwide, and the company’s Williamsburg outlet is its second franchise in Virginia.

The arrival of See’s Candies and Book Warehouse brings increased employment opportunities for residents of Williamsburg and James City County. Lisa Jones, the director of marketing and business development at the Outlets said the new storefronts would bring job opportunities for the holidays.

“Both [See’s Candies and Book Warehouse] are looking to fill all staffing levels, from entry level to management,” Jones said in an email.

The hiring of new staff marks the final step of a months-long journey for both businesses. See’s Candies and Book Warehouse occupy previously vacant storefronts, and the refurbishment of interior fixtures led to a gradual installment process.

John McGlennon, a member of the James City County Board of Supervisors, helps in overseeing business development at the Outlets. McGlennon, who is also a government professor at the College of William and Mary, said that both storefronts had to go through renovations before opening to the public.

“[The businesses] need to make some changes to the fixtures and decor … and add branding on the location [before they can open],” McGlennon said.

McGlennon said that the time frame for refurbishments at the Outlets varies, but since both See’s Candies and Book Warehouse were replacing vacant storefronts and did not require additional construction, both businesses were able to open relatively quickly.

“From signing with the shopping center owners to moving in and opening their doors, [the process takes] maybe a few months,” McGlennon said.

Now that both businesses are settled in, McGlennon said he is optimistic about prospects for increased activity at the Outlets. He said the addition of See’s Candies is especially promising, as it adds to the Outlets’ budding list of restaurants and confectionaries. He said that providing shoppers with ample choice in dining establishments at the Outlets bodes well for boosting profitability, as an opportunity to relax and recharge over meals may prolong the duration of customer visits.

Having restaurants extends the time frame people will spend [at the Outlets], which increases the amount of money they spend,” McGlennon said.

“[Having restaurants] extends the time frame people will spend [at the Outlets], which increases the amount of money they spend,” McGlennon said.

While he said he is pleased with the current blend of eateries and shops at the Outlets, McGlennon said that future changes to the store directory will likely be due to frequent storefront fluctuations. However, he noted that any potential expansion at the Outlets is contingent on the economic consequences of a similar mall which opened in Norfolk earlier this year.

“We are waiting to see the impact [of the new mall in Norfolk], as we have traditionally gotten some of our business from the Hampton Roads area,” McGlennon said.

Regardless of prospective development, the Outlets’ management team has promoted See’s Candies and Book Warehouse for several weeks.