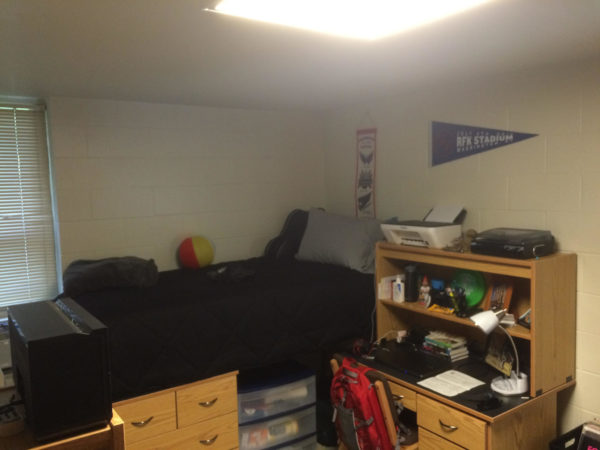 The top 10 sex acts that will result in you pulling a muscle — this was the theme of my first tuck-in, a theme that resulted in three boys acting out sex positions with one another (fully clothed, don’t worry) in the middle of my dorm room. The boys moaned and grinded while my friends and I laughed at the ridiculousness of the situation in front of us.

Before arriving at the College of William and Mary, I, like the majority of students, had no idea what a tuck-in was. I was first introduced to the term during my good friend’s clue week when her future big sent a group to serenade her before bed. For all who don’t know, tuck-ins are pre-bedtime performances by a group of people which range from a serenade or a skit to the performance of sex acts. While tuck-ins are by no means exclusive to the Greek life community, the overwhelming majority of them happen during clue week, so tuck-ins have become associated with the sororities and fraternities on campus.

Most tuck-ins are completely harmless. They are intended to be funny and entertaining for both the performers and their audiences. However, there are some that prove to be more inappropriate and awkward than they are fun. These sexually explicit tuck-ins have resulted in the College sending out a survey to members of sororities regarding this tradition. In the survey, the College implied its concern that tuck-ins are a form of hazing. While I definitely would not consider my tuck-in experience as hazing, there are situations in which they could result in hazing.

Before my tuck-in happened, my future big asked whether or not I would be comfortable with a more explicit tuck in. She explained what the performance would include and encouraged me to bring friends to make the experience more fun and less uncomfortable. While my tuck-in was definitely awkward and a little embarrassing, it was ultimately funny, and my friends and I had a good time laughing at the boys as they “performed.” No one felt taken advantage of or was upset by the experience.

However, when girls who are unaware of the situation are given explicit tuck-ins, problems arise. Many people do not feel comfortable in that type of situation and find having to experience something like I did very upsetting. People have wildly different tastes in humor, and there is obviously nothing wrong with that, but it cannot be assumed that everyone will find something funny solely because we do.

If the College is going to continue this tradition of tuck-ins, specifically the raunchier ones, consent from the receiver of the tuck-in must be given. We cannot send groups of boys or girls to act out sex acts in front of unsuspecting individuals. So, if you are considering giving your future little or new member of your club a tuck-in, ask them if they want one first. Otherwise, we risk making people we care about extremely uncomfortable and upset over something that is supposed to be fun. If permission from the tuck-in receiver is not given, tuck-ins do come dangerously close to hazing.

However, this is an issue that will best be handled by individual sororities, fraternities and clubs. If the College attempts to get involved, it could result in the mandated end of all tuck-ins, which is ultimately unnecessary. I have enough faith in the student community to believe that this is a problem we can solve on our own. If someone does not want a tuck-in, do not give them a tuck-in; it’s as simple as that.