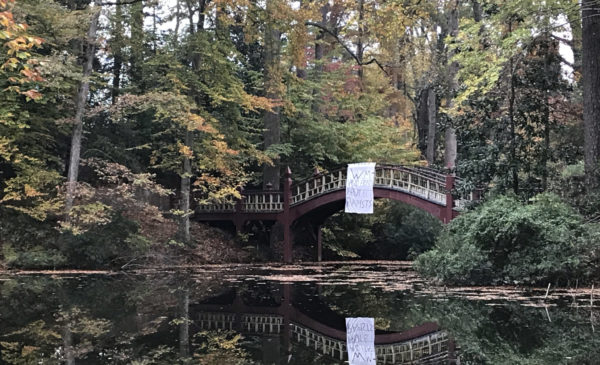 As students at the College of William and Mary, we all value our institution as a haven of academic discourse and collaborative education. The College’s encouragement of intellectual exploration and individual expression is among its strongest features as a university, and I never regret becoming a member of such a talented and passionate community.

Recently, in an exercise of that expression, a banner reading “[William and Mary] protects rapists” was hung beneath the Crim Dell. It stayed there for several days and was visible to throngs of students, faculty and visitors to the College prior to its removal.

Rape at the College and at other universities across the United States is a severe and significant problem. There are countless students, many of whom remain in the shadows, who have been victimized, maligned and marginalized by sexual assault. There continue to be far too many incidents and far too few cases of punitive action against aggressors. In the last three years, more than 20 rapes have been reported on campus; it is unquestionable that additional cases of sexual assault lie unreported and unprosecuted.

Tragically, though, I fear the banner failed to advance its goal of holding the College’s administration accountable. It was easier for us, as students and bystanders, to occupy ourselves with dissecting the banner’s slogan rather than initiating a thoughtful discussion. We wasted time debating the merits of a single phrase rather than discussing how to address the problem. I admire the banner’s attempt at starting a dialogue, but its shock value muddled its message.

There are incredible obstacles that impede our progress toward eliminating rape and sexual violence. Our country is plagued by a regimented culture of patriarchal oppression, evident from our adoration of toxic masculinity to the coercive, intimidating behaviors of President Donald Trump. I can only imagine the suffering experienced by whoever hung the banner upon the Crim Dell, and I am sure their actions were motivated by valid frustration and genuine desperation.

However, I worry that prospective students visiting the College may have reconsidered their intention to join the Tribe after seeing the Crim Dell cloaked in cloth. I loathe the prospect of losing such bright, capable minds because of a single banner, especially since they could have devoted their energies toward solving our campus’s problems (including sexual assault) if they had not been swayed away.

I fear for the students, who upon seeing the Crim Dell were awash with haunting recollections of their past, and for those who were unwillingly reminded of their own emotional wounds. It seems spurious to subject students to such harsh and harmful memories, even for the sake of policy advancement.

There is work to be done. I refuse to accept that sexual assault is an irrepressible part of our community, and it is vital to hold our College accountable for punishing those responsible. Allowing aggressors to escape unscathed should not be tolerated, and I do not advocate for inaction when dealing with such a serious issue.

The banner undeniably started a conversation, but unfortunately it morphed into one more focused on sloganeering than sexual assault. Meaningful action must stem from all of us, and I doubt that a mere banner will be enough to spark it.