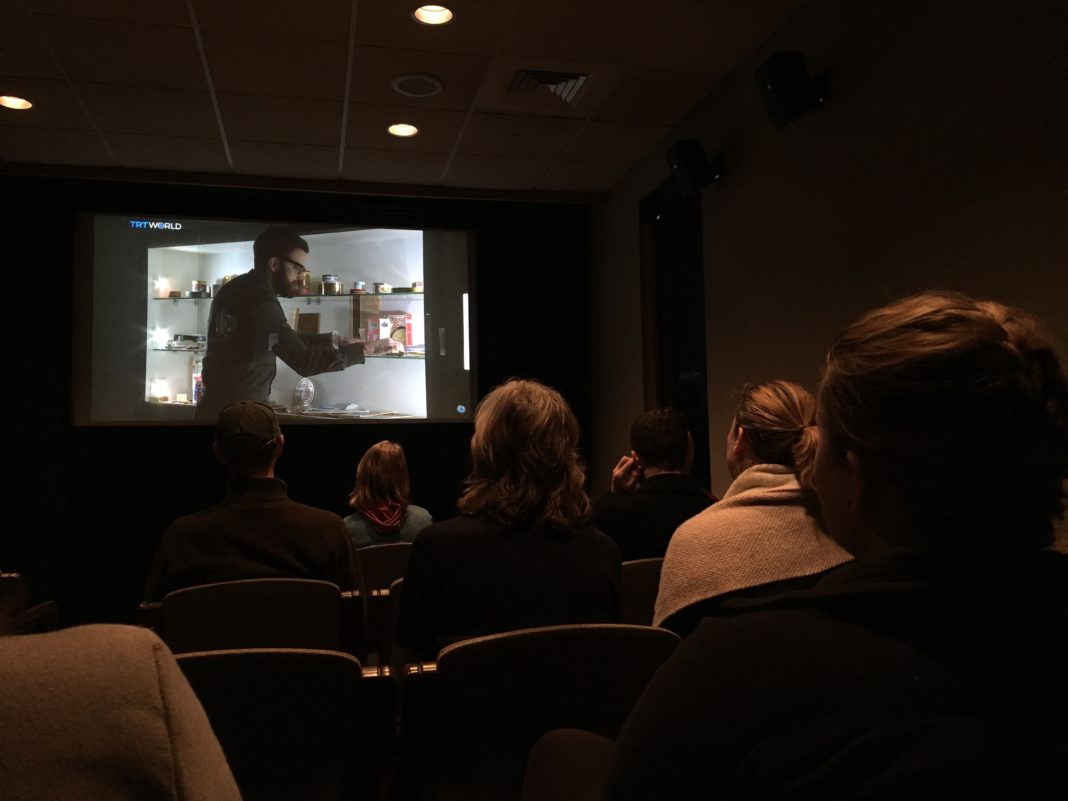 When it comes to the College of William and Mary, a thriving film community might not be the first thing on people’s minds.

Yet, for one weekend every year, the film community, past and present, takes over the Kimball Theater for the Global Film Festival. For the 11th time, the Festival brought together students, faculty, alumni and community members Feb. 15-18 for four days of film screenings, workshops and panels that brought global cinema to the forefront of this small colonial town.

2018 coincides with the commemoration of 50 years of African-American residential students at the College and the 20th anniversary of the William and Mary American Bosnian Collaboration. The Festival organizers collaborated with the committee for the 50th anniversary of African Americans in residence, the Institute for the Theory and Practice of International Relations, the Russian and post-Soviet studies department and the international relations department to host film screenings thematically linked to these initiatives.

Thursday night kicked things off with a focus on China. The Confucius Institute hosted a screening of “Cook up a Storm,” a Chinese film about a culinary competition and rivalry between two great chefs. The screening included special guest Peter Chang, the award-winning chef and namesake of the restaurant just down Richmond Road.

For second-year Festival organizers Liz Sykes ’06 and Adam Stackhouse ’04, the ability to build upon last year’s collaboration with students and faculty made things a little easier. The positive feelings around outreach and putting together events was mutual.

A few things were different about the Festival this year. Notably, this is the first Festival since the College took over the lease at the Kimball Theater, and tickets for any event at the Kimball were free for students. Sykes explained that the latter change was a direct response to feedback from last year’s Festival, and that fundraising efforts this year were conscious of the Festival being able to attain that goal. It showed — the screening and workshops were well-attended by students and community members alike.

The Festival screened “Children of Peace,” a documentary about life in Bosnia for the first generation of children born after the Yugoslav Wars of the 1990s. The American Bosnian Collaboration, formerly known as the Bosnia Project, is currently celebrating its 20th anniversary. ABC sends College students to Sarajevo over the summer to teach children English and media production skills.

Government professor and former human rights officer Paula Pickering, who mentors the award-winning project, introduced “Children of Peace.” Before the screening of the film, the mini-documentary “ABC Project 2017” was shown, featuring interviews with the children from Sarajevo who took part in the program.

The film itself was a thought-provoking exploration of the lives and opinions of Bosnia’s first peacetime generation since the devastating ethnic conflicts of the ‘90s and sought to include the viewpoints of both urbanites and those living in Bosnia’s quiet rural villages.

After viewing the film, Russian studies student Reid Nagurka ‘20 mused about what he learned.

“I thought the most interesting part of the film was when one of the young Bosnian men described the hardships that capitalism brought upon post-Soviet Eastern Europe,” Nagurka said.

In the question-and-answer session that followed the film, writer and director Emir Kapetanovic told the crowd that the goal of the film was not to tell the children what to say, but to give them the chance to say what they wanted to. The end of “Children of Peace” did just that. Bosnia’s youth spoke for themselves about growing up in a presently peaceful yet staunchly divided and isolated society.

This collaboration showcased what the Festival does best. Stackhouse and Sykes said partnering with faculty and on-campus initiatives provides wonderful opportunities for the Festival.

“It’s really fun having [faculty] interests pop up on the big screen and having them talk about their work and sharing it with both students and the general public,” Stackhouse said.

Friday afternoon saw the screening of “Through a Lens Darkly,” a documentary which explores the role that photography has played in forming African-American identity. The screening was hosted by professor Jacquelyn McLendon and followed by a panel discussion with professors Suzette Spencer, Chinua Thelwell and Mei Mei Sanford.

The Festival featured many alumni who returned this year to lead workshops. Part of Stackhouse and Sykes’ outreach efforts include seeking out alumni in the entertainment industry. This year, one of those alumni was Milan Chakraborty ’00, who produced the film “My Friend Dahmer,” which follows cannibal serial killer Jeffrey Dahmer in his senior year of high school.

As Chakraborty — a fedora-clad former accounting major and brother of Pi Kappa Alpha — led the question-and-answer session after the film screening Friday night, students asked him about the moral implications of making a movie about a figure as condemnable as Dahmer.

“We always try to tread a line,” Chakraborty said, “because real lives were affected by what Jeffrey Dahmer did.”

But not talking about Dahmer’s crimes, Chakraborty argued, only makes it more likely that horrific situations like the ones involving Dahmer will happen again, and storytelling through film can be used as a medium for educating people.

Saturday afternoon, a wave of festivity swept through the theater as the crowd clapped along to the Russian Music Ensemble’s enchanting Slavic melodies. The light-hearted atmosphere during the performance contrasted sharply with the haunting film that followed. “Zoology” is a simultaneously grotesque and beautiful quasi-horror exploration of otherness and the thin divide between man and beast.

In this independent Russian film, a middle-aged zookeeper named Natasha abruptly sprouts a tail from the base of her spine and consequently struggles to accept herself and find love in a deeply superstitious unnamed rural town.

“I liked the movie, and I thought it had a strong message about how we perceive people who are different from us, and about how we as a society treat those people,” Samantha Pitz ‘19 said.

The weekend was also an opportunity for film and media studies majors to get hands-on experience with organizing a festival. Anna Campion ‘19 was one of three Festival interns this year. She was also one of the featured filmmakers. She was part of College Brochure, the winning team in the 2018, 24 Speed filmmaking competition organized by the Reeder Media Center earlier in February.

Her team’s short film, “Gloria: Mime Unknown,” a character study in the day of life of a mime featuring a stellar Christopher Walken impression from Sophia Brodnax ‘20, won both the Jury and Audience Awards at the competition. The winning student and alumni 24 Speed films were screened at the Festival itself. Victory in the 24 Speed victory competition this year was no small feat: more than 36 student teams participated, the highest number in the competition’s 13 years.

This is Campion’s second year volunteering with the Festival. In 2017 she was a part of the student advisory council. This year she was involved with the workshops and panels, which is not a slight task considering workshop offerings more than doubled compared to last year.

Campion highlighted a few workshops that stood out to her, including Chakraborty’s workshop on his journey to becoming an independent film producer, Chelsea Marotta ‘12’s workshop on how to develop unscripted television and Meaghan Wilson ‘04’s workshop on digital world building at HBO.

It was heartening, Campion said, that the workshops and screenings were well-attended by students and community members alike. Friday’s screening of “Phantom Thread,” the Daniel Day-Lewis British drama he alleges is his last film, was the fullest Campion said she has ever seen at the Kimball.

This enthusiastic turnout is in part, Campion suggested, because Williamsburg is in the middle of something of a film festival desert. So, when an event of this scale happens, it draws a part of the community that doesn’t often see its interests in the literal, or proverbial, spotlight.

“You wouldn’t think that William and Mary equates with successful media alumni, but they really do,” Campion said. “A lot more students were engaged this year — and the community as a whole was too.”