The College of William and Mary is known for being proud of its history and tradition, often boasting about being the second oldest institution of higher education in America. The College has educated three U.S. presidents and has been deemed “the Alma Mater of the Nation.” However, the College also has a history of slavery, much of which is undocumented. Lemon was one of the people enslaved at the College during the early 19th century. The Lemon Project: A Journey of Reconciliation, which seeks to understand and correct the history of slavery at the College, is  named after him.

While many facts about Lemon’s life are still unknown, it is clear to researchers that he had a fascinating relationship with the College.

“So [Lemon] had a very interesting relationship with the college for some reason,” Lemon Project graduate assistant Ravynn Stringfield M.A. ’18 Ph.D. ’21 said. “We are not entirely sure what that reason might have been, but he clearly was navigating the terrain pretty interestingly, getting a Christmas bonus, getting a coffin and to have an obituary, you know, there was something clearly special going on with Lemon. We don’t know all the details.”

The foundation for the Lemon Project began in 2007 when the Virginia General Assembly voted to issue a resolution of regret which expressed “profound regret” for the state’s role in slavery.

This acknowledgement brought the conversation to the College that eventually led to the Lemon Project.

The Student Assembly passed a resolution expressing the desire to research the history of slavery at the College. It was followed shortly after with a faculty resolution supporting the student resolution.

Two years later in 2009, the Board of Visitors responded to the student and faculty resolutions by passing its own resolution, which created The Lemon Project: A Journey of Reconciliation. The resolution recognized that the College “owned and exploited slave labor from its founding to the Civil War” and “engaged in the discrimination and exclusion that characterized educational institutions during the era of Jim Crow.”

The Lemon Project was created to research and better understand the history of slavery at the College. Today the Lemon Project also supports students of color and engages with the African-American community in Williamsburg.

“I try to work with students individually to kind of get an idea what they want from the Lemon Project,” Stringfield said. “So instead of having an advisory board I try to go out with students for coffee and just pick their brains about what they think the Lemon Project should be doing, what we can offer for them, things like that, on a much smaller scale.”

The first part of the Lemon Project is researching people like Lemon and gathering information about slavery at the College.

“I think the first goal, of course, was to gather as much of the actual history of the black experience at William and Mary as we could find, either in the archives or through oral history to what have you,” Lemon Project Director Jody Allen said. “To tell that story because it’s been left out of the histories of the College.”

The Lemon Project began by researching Lemon, but graduate fellow Sarah Thomas has researched other instances of slavery at the College and of slaves owned by individuals associated with the College.

“Personally, what I did last year was transcribe the Bruton Parish baptismal records,” Thomas said. “So, it’s in the special collections at [Earl Gregg Swem Library] and it’s just a big old book … and it’s the records of children being baptized and also deaths. But I went and transcribed the whole document trying to find enslaved people owned by the College or also owned in any way, by like [James] Blair, [William] Dawson [or Thomas] Bray, so people who are associated with the college, professors or students. So, I did that last year and found a number of names and one of the most interesting examples, of a mother and her young children who were owned by the college.”

Off campus, the College bought a tobacco plantation in 1718. The proceeds from this plantation were used to fund scholarships for poor white men to attend the College. The Lemon Project research also includes finding information on the 17 slaves who worked on Nottoway Plantation.

In addition to researching slavery at the College, the Lemon Project is also involved in outreach to the African-American community in Williamsburg.

“We want all people to feel that they can come on campus and take advantage of the lectures and the athletic events and that senior citizens can come take classes,” Allen said. “When you live in a college town you should feel as though you can use the resources that are there and there are lots and lots of resources and so we’ve tried to communicate that through our events.”

The final goal of the project is student engagement.

Some of the student engagement activities the Lemon Project holds are Porch Talks, the Donning of the Kente ceremony, Branch Out alternative spring break trips, drum circles and its annual symposium.

Porch Talks are informal gatherings of students discussing issues close to the Lemon Project’s mission statement. Topics that have been discussed in the past include, mindfulness, how to approach difficult conversations and how to support sustained action once you have a university’s attention.

The Donning of the Kente is a rite-of-passage ceremony that takes place Commencement weekend as a celebration of personal and academic achievements for students of color during their four years at the College.

“It’s a nice way to kind of bring together everyone and build a community,” Stringfield said. “It’s one of the last things you get to celebrate together while you’re at William and Mary so it’s a great opportunity.”

While the project may change structure based on a report coming out this year, all three women are optimistic about the future of the Lemon Project. There is still much more research to be done about slavery at the College.

“William and Mary has owned slaves longer than they haven’t owned slaves, right, you can do the math,” Thomas said. “That’s a pretty big deal that William and Mary owned slaves longer than it hasn’t. We’ve got a long, long history that we are trying to uncover. A lot of these people so far, we’re not going to get their names, but we know that they were here. So, you know, there’s a lot of research that still needs to be done, so we’re working on it.”

Some of Allen’s ideas for future expansion of the Lemon Project include adding a genealogical component to look at possible descendants of early post-Civil War workers on campus who still live in the College community. She also wants to continue making connections between research that has already been done and what is being done now.

“There’s been a lot of archeology done on and around the campus and the findings aren’t talking to each other,” Allen said. “Looking at what has already been done and bringing that together will be able to broaden our picture of the African-American experience at the College.”

Finally, she wants to establish a summer gap program for local youth.

“That’s our hope, that we’ll be able to continue to grow and make a difference and get the full history of the school out there for public consumption,” Allen said. “That will enable us to work to do things that will allow us to repair some of the damage done over the years.”

Coming up for the Lemon Project is the 8th annual symposium. This year, the Lemon Project is co-sponsoring the Symposium with the committee for the commemoration of the 50th anniversary of African Americans in residence. The keynote speaker is Nikki Giovanni, a writer and professor at Virginia Tech. The symposium will take place March 16-17. 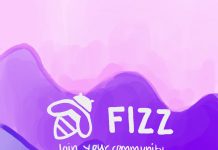