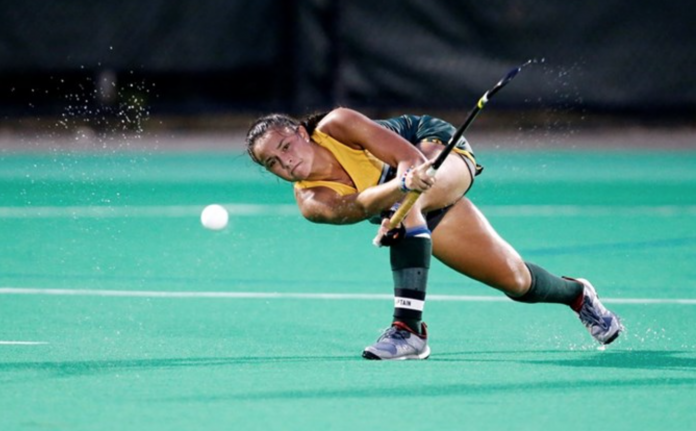 Sunday, William and Mary (3-4) hosted the University of Connecticut (9-0) and suffered a tough 6-1 loss to the undefeated Huskies.

The Huskies scored within the first six minutes of the game by forward Amelia Iacobucci off a pass from midfielder Abby Gooderham.

Within the minute, senior midfielder Estelle Hughes fought through the defensive line and tied the match.

The Huskies then went on a four-goal streak in which the Tribe was not able to rally against. The goals came from forward Svea Boker, forward Maddy Wray, Gooderham and defender Cecile Pieper.

The College entered the half trailing 5-1. The team appeared to gain some momentum as it entered the second half in a fluid back-and-forth in which the ball was held around midfield.

The Huskies had a penalty corner in the 50th minute in which they had a shot fired on frame, but freshman goalkeeper Kimi Jones deflected the shot away from goal.

The Tribe earned two consecutive penalty corners in the 55th minute of the match, but was unable to capitalize on either opportunity.

In the 60th minute of the match, the Huskies scored their sixth goal after a break away down the center of the field. Midfielder Vivienne Tucker propelled the ball into the back of the cage with an assist from Wray.

Moments later, the Tribe got a glimpse at goal, but the ball slid past the face of the cage.
In the 65th minute Jones made a diving save to hold the game at 1-6 where it would remain for the rest of the game.

Jones attributed the success of the second half to the high-energy level of the team as well as the fact that they were able to connect their passes.

“Our mids and our forwards were able to work together and interchange which is something that we haven’t been doing as much [recently],” Jones said.

Despite the difference in score, head coach Tess Ellis was content with the way the team performed.

“When you take on number two, you’ve got nothing to lose,” Ellis said. “Structurally, even though the scoreboard doesn’t indicate it, that [the second half] was probably some of the best hockey we’ve played. The first 10 minutes – to have shots on cage, to get scored on and come back and tie number two, I think just shows the character of this team. We’re going to keep fighting.”

Looking ahead, the Tribe will hit the road and start its conference play Sept. 28th at 6 p.m. against Northeastern.