Saturday, William and Mary took to the road for its first game away from Williamsburg of the season, visiting Duquesne in Pittsburgh, Pennsylvania. A strong stretch of play right after halftime pushed the Tribe into the lead, but a 28-6 run by the Dukes (1-0) put the game out of reach en route to a 84-70 win over the College (1-1).

The Dukes jumped out to a quick lead in the first half, up 12-2 before the first media timeout. Meanwhile, the Tribe struggled to score, starting one-for-seven from the field. Junior forward Justin Pierce, who had led the Tribe in its opening night victory over High Point with 23 points, picked up two fouls in a little over three-and-a-half minutes to open the game and promptly exited the game.

Junior forward Nathan Knight picked up the slack, scoring 12 points in the first half. Knight and Pierce, however, comprised most of the Tribe’s scoring in the half. Pierce also registered 12 in the half; no other player for the College scored more than four.

Duquesne went up 31-19 with 6:38 to go, its largest lead of the half, but the Tribe began to chip away. The College put up a 9-1 spurt to end the period, with freshman guard Thornton Scott punctuating it with a corner three, cutting the Dukes lead to 36-33 heading into the locker room.

Coming out of the gates in the second, the Tribe carried over the momentum. Five quick points by Knight on a layup and a three tied the game, then junior guard Matt Milon hit an 18-footer to give the College its only lead of the game, 40-38. It was then that the Dukes embarked on their massive run, taking over the ballgame. At one point, Duquesne hit eight-straight treys, including three by center Austin Rotroff, who finished his first career collegiate game with 17 points to tie for the team lead.

The Tribe would finally start to find its footing again at the 9:10 mark, when freshman guard Chase Audige hit a three, but the damage was already done. While the Dukes would not extend their lead out past 20 points, the College could not cut it to less than 14 for the remainder of the game. While Knight would finish with a respectable 26 points and 11 rebounds, the Tribe fell 84-70 in the first game of the Gotham Classic.

Thursday, the College continues its Midwest swing for the Gotham Classic, taking on Illinois-Chicago in the Windy City. Then, Saturday, the Tribe will face Atlantic Coast Conference foe Notre Dame before returning home to face Radford the following week. 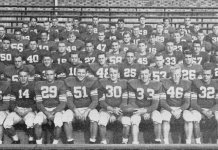 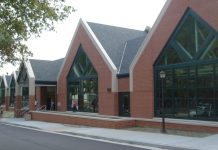 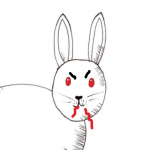 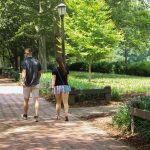