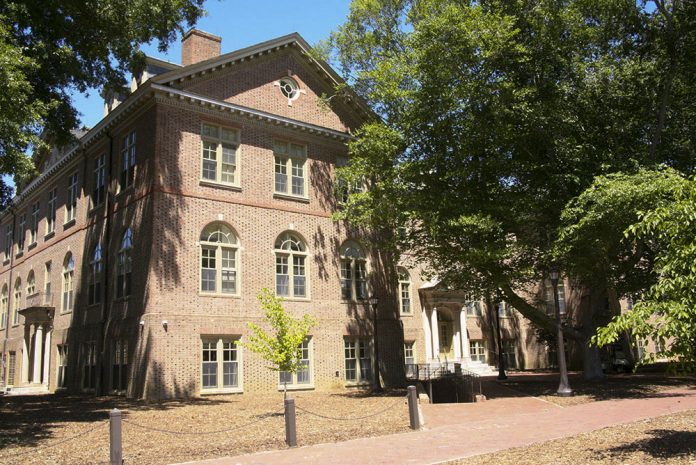 In the morning of Feb. 21, applicants to the College of William and Mary’s Accelerated Master of Public Policy program received an email informing them that the College had decided to suspend admission to the program for the 2019-2020 academic year. Admission to the regular track MPP program was suspended as well. Applications for the 2019 BA/MPP program had already been submitted prior to the Feb. 1 deadline when the email was sent.

The BA/MPP program allows for a small group of undergraduates to receive both a Bachelor of Arts and a master’s degree in public policy during a five-year frame, which allows students to recieve their graduate degree one year earlier. Students apply to the program during their junior year.

The email was sent by the director of the College’s public policy program John Gilmour, who informed applicants that the decision was made by Provost Michael Halleran and Dean of Arts and Sciences Kate Conley.

“We deeply appreciate your applying to the program,” Gilmour said in an email. “We received more applications for the BA/MPP this year than ever before, and had we been able to offer admission we would have had a robust, talented group of W&M undergrads in the MPP program.”

Gilmour explained that the decision to suspend admission to the program was because the applicant pool had been consistently smaller than expectations.

Gilmour said that the decision to suspend admission for next year did not mean that the program was disbanded and that the new Provost taking over in July could decide to open applications for a 2020 BA/MPP program.

“Several years ago, the decision was made to try to expand the MPP by adding a second track, an international development track in addition to a domestic policy track, and the hope in doing this was that we would be able to substantially expand the class,” Gilmour said. “We were hoping to get 40 students a year, and it didn’t work. It’s plain as that.”

Gilmour went on to explain that a primary issue with the program is its struggle to successfully compete against similar programs at other colleges, making it more difficult to increase application numbers. He also stated that one of the disadvantages is that the College is not near big cities like Washington D.C.

According to Gilmour, the College is completely dedicated to assisting all students currently enrolled in the program to receive their degrees, and special arrangements will be made for all students unable to complete their degree beyond 2020.

Conley also confirmed that the final decision to suspend applications for a 2019 BA/MPP program was due to the lower application pools in the past couple years.

Conley also said that because the College stresses in-person teaching and personal contact between students and faculty members, as well as quality interactions during class time, that it became infeasible to compete against programs offering online or night classes.

“We were basically offering the same quality of teaching at our Master Program level that we do for the undergraduate,” Conley said. “I do want to emphasize that we have a very successful undergraduate program in public policy, and I’m excited by the fact that we are going to put all of our focus and intention in public policy on our undergraduate students, who are certainly deserving of our attention.”

Conley stated that the Dean of Arts and Sciences office is responding to applicants needs on a case-by-case basis, depending on the student’s personal situation.

In a written statement, Halleran reiterated that the program was not being disbanded and that the College was only suspending admission to both the accelerated  BA/MPP and regular MPP program.

He also said that closing the program would require approval from the Board of Visitors, and if such a decision were to be reached, it would not occur during  this academic year.

Many students applying to the BA/MPP program expressed sadness that admission was being suspended.

Olivia Yang ’20 applied to the program earlier this month. Davis stated that although she understands why the decision to suspend admission came after the deadline, she wishes the College had decided to make the announcement prior to the deadline date.

Yang also explained that before applying, students are to begin conducting preliminary work for a summer research program that takes place alongside the program and that many applicants spend a lot of time setting up their individual research programs.

Although Yang plans to still conduct her summer research project, she explained that the suspension could affect applicants’ summer plans regarding setting up internships.

“You essentially have to figure out your summer plans in their entirety because what you do over summer is meant to kind of fast-track you into higher graduate work,” Yang said. “As a result, you have to start planning a policy-relevant summer right then and so this has massively thrown off, I’m sure, plenty of people’s summer plans.”

She also explained that in hopes to be admitted to the program, she often had to bulk up her semesters with upwards of 16 to 17 credits and arranged her entire undergraduate career in order to apply to the BA/MPP program.

“I had this moment of, oh gosh, as I realized that the entirety of my undergraduate, academic planning should have been different.” Yang said. “It’s hard to find out that six semesters in, you made a big mistake … I would have probably eased off on the course load, I accelerated my course load to keep up with this program and be able to accomplish it … that might have led to improved grades.”

Victoria Heller ’20 also applied to the BA/MPP program and said that she was thankful that she had not followed some of the advice given to her in order to apply to the program.

Heller was told to take a bureaucracy class for her major requirement during the MPP program, a class only offered during the College’s spring term.

However, Heller decided to take the class this semester rather than during the program.

If Heller had not taken the class, she would be unable to graduate until the spring of next year.

“Thankfully, I didn’t listen to the professor who told me to do that because she was saying I should do that from the perspective of the MPP program,” Heller said.

Heller also said that some of her friends who had applied to the program are now facing delayed graduation dates as a result of the suspension.

“I spent a lot of time on my application,” Heller said. “I know everyone else did too. So it feels like it was not well handled.”