Just when I thought “Upgrade” was going to be my favorite film of 2018, “Spider-Man: Into the Spider-Verse” swoops in and takes the cake, proving once and for all that I really had the wrong idea about Sony Animation or at least that they were seriously holding out on us — I mean, what did I have to judge them on? “The Smurfs”? “Open Season”? “The Emoji Movie”? They must have hired some intense talent on their side because this movie is one of the most visually impressive animated features I’ve ever seen. In a time when we’re seeing a lot of animated features adopt the same sort of style, “Spider-Verse” drew upon (what else?) comic books to achieve its design, resulting in a movie both stunning and fun to watch.

“Spider-Man: Into the Spider-Verse” features obscure alternate dimension Spider-Man Miles Morales, a student from Brooklyn who must team up with a colorful crew of displaced “spider-people” from various parallel universes and get them back to their home dimensions. Perhaps my favorite part about this movie is that, while the setting seems like a relatively normal New York City, the story very clearly does not take place in our universe (finally, a fictional world where the presence of subtly off-brand sodas and social media sites in the place of copyrighted brands makes perfect sense!). Having your superhero story take place in an alternate dimension opens up infinite possibilities for twists, even for audience members who are longtime Spider-Man fans. Peter Parker is a blonde; the New York Police Department is the “PDNY;” Spider-Man can turn invisible. The characters you know and love are different looking, different ages, different genders, different shapes. This is a movie that has a surprise in it for just about everyone.

Everything about “Spider-Verse” was new and refreshing, and not only was it fun to look at, but I felt like I could take my parents to it or my little cousins. The soundtrack was also excellent thanks to Mac Miller and whoever birthed those terrifying sound effects for Prowler’s theme. “Spider-Verse” was laugh-out-loud funny all three times I watched it in theaters, but also really managed to pull at my heartstrings. I liked that each of the characters got their chance to be serious (even the talking animal). Even the villain had interesting motivations; watching this universe’s absolute unit of a Wilson Fisk come to terms with the fact that he can’t have an evil empire and a good family was satisfying, of course, but also a little bit tragic.

Miles, our primary spider-person, was the perfect lens through which to explore the relationship between vigilante justice and the law. Miles looks up to his police officer father but feels stifled by his rules and wants to do his own kind of justice, going his own way like his Uncle Aaron. Through Miles, who is quite new to the world of hero work, we also examine the public’s attitude toward superheroes. After meeting various other spider-people, he discovers that he’d held his dimension’s Peter Parker up on a pedestal. Peter Parker — in any dimension — is a normal guy, just like Miles himself, and this gives Miles the spark he needs to rise to the occasion. The movie ends with the heartfelt message that anyone with the determination to help people can pick up the mask and be a hero.

I’ve seen a lot of superhero movies in the typical Marvel style, and it gets a little tiring after a while. “Spider-Verse” is a striking, refreshing film with a whole new feel; sure, it had the characteristic tropes of the genre, but it was neat to get so many different takes on Spider-Man thrown at you at once and to explore the ones that were underappreciated. “Spider-Verse” really dives deep into what I once thought was confusing about comics; there are just so many of them, I could never keep up. This movie was a love letter to all those convoluted twisted storylines and the little-known characters with niche fandoms. It brought them together on the big screen, and it really, really worked.

Since this isn’t in fact a Marvel movie, I didn’t stick around for an after credits scene the first time I went to see it. Boy, was that a mistake. The second and third times I saw it, I got a sneak-peak at what I assume is an upcoming “Spider-Verse” sequel, featuring Miguel O’Hara of Spider-Man 2099 and various other alternate Spider-Men (including, allegedly, Italian Spiderman). I won’t spoil the surprise, but I’ll say the bonus scene is worth a watch (I wheezed like a busted kitchen appliance and shed real tears the first time I saw it). All in all, I love this movie, and if a certain other animated superhero movie wins the Oscar over “Spider-Verse,” I’ll eat my shoe in raw fury.

Ethan Brown - February 22, 2021
0
Pending the signature of Virginia Governor Ralph Northam, new legislation will require the College of William and Mary to offer some type of tangible...

Alexandra Byrne - February 23, 2021
0
During a pandemic that has often been politicized, the nation’s public health officials have struggled to disseminate facts regarding COVID-19 amidst the multitude of...

We should hold everyone accountable for their problematic voting past

Dylan Koury - February 22, 2021
0
About three years ago, I wrote an article for The Flat Hat about not judging people for their political party or whom they voted... 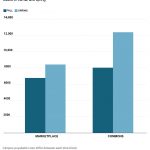 Nick Reeder and Leif McCoy - February 22, 2021
0
Upon their phased return to campus, students at the College of William and Mary were greeted by a change in policy for the new...