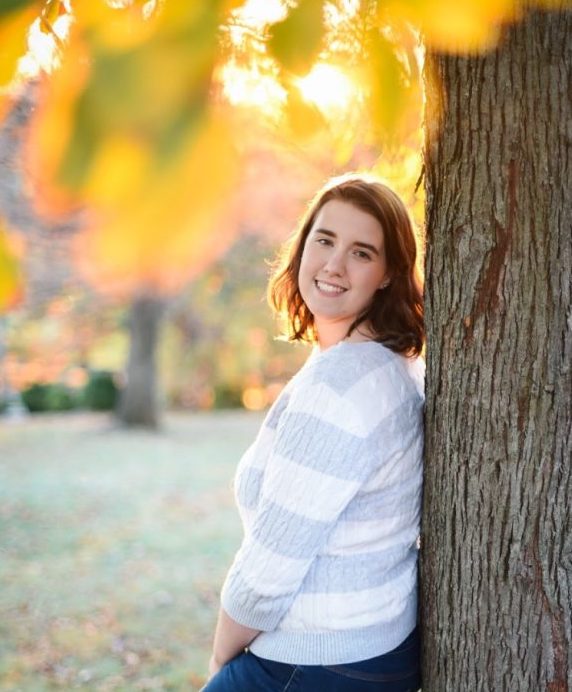 As a child, Elizabeth Miller ’21 first discovered her love of history through her first name. A frequent consumer of historical fiction, she distinctly recalls coming across a figure sharing her namesake — Queen Elizabeth I — who unexpectedly sparked Miller’s life-long passion for English and European history. Now, years later, Miller is an international relations and history double major at the College of William and Mary.

Miller’s academic career has unfolded primarily on Old Campus in Tyler Hall and James Blair Hall, where she’s taken several courses in the government and history departments and the international relations program. Despite the vast amounts of time spent in these disciplines, Miller is no stranger to the breadth of the College’s undergraduate curricula. Among her favorite classes so far took place across the Sunken Garden in the geology department, where she studied physical geology to fulfill the ever-elusive NQR requirement.

“That was actually more interesting than I thought it was going to be because I don’t enjoy science. … I actually enjoyed that class, and the professor works on climate change stuff, so hearing about that was super interesting,” Miller said.

Climate change and other pressing policy priorities have shaped Miller’s time in Williamsburg, both inside and outside of the classroom. In her view, working in international relations and history is an especially unique experience as the disciplines build off one another. Exploring this intersectional relationship makes Miller feel prepared to get to work in addressing global issues, partially because it’s something she’s already accomplished in her coursework.

Miller employs a similar mindset in approaching her extracurricular involvement on campus, where she has advocated on behalf of globally marginalized populations and spearheaded events benefitting these groups through her work in the College’s UNICEF USA and Amnesty International chapters.

When she first joined Amnesty International during her second semester at the College, the club was struggling to maintain consistent membership, which ultimately created an environment where she could rapidly obtain leadership roles within the club and explore her passions further. Now, a year and a half later, the chapter’s membership is expanding and the organization is actively engaged in numerous diverse initiatives — developments that Miller sees as pivotal moments in Amnesty International’s on-campus presence.

“All of last year and then starting this year, we’ve got a lot of new people, so it’s been really good,” Miller said. “We are a part of the ‘Let’s Get Consensual’ campaign that the Wellness Center is doing, so we’re going to have some responsibilities related to that.”

Miller also serves as the vice president of the College’s chapter of UNICEF USA, which focuses predominantly on children’s rights and humanitarian advocacy. When Miller joined last year, the club had just been reconstituted following a prolonged period of inactivity — creating yet another opportunity for her to quickly get involved in shaping the organization’s priorities moving forward. She quickly became social media coordinator and got involved with UNICEF’s executive board, where she’s spent time developing plans for its future on campus and brainstorming ideas for events, fundraisers and educational services.

“I got that position and got involved with the exec board there, and now I’m the vice president, and that’s been a really interesting time because a lot of it is like building a new organization,” Miller said. “… We’re still working on figuring out like how do meetings function, trying to find different community service opportunities that we can engage in,” Miller said.

Despite being a relatively new addition to the College’s extracurricular scene, Miller is proud of the work that UNICEF has done so far; just last week, Miller and her colleagues with UNICEF hosted one of the year’s first fundraisers on the Sadler Terrace, selling donuts and baked goods to benefit Bahamians affected by Hurricane Dorian. After tabling, they managed to raise enough money to send 500 diapers to support recovery efforts in the Bahamas, which Miller thought was a truly special achievement for her organization.

“That, already this semester, I was really impressed that we were able to make that happen so quickly and efficiently … and actually do something,” Miller said.

“Doing something” is certainly something Miller wants to continue during her remaining two years at the College. In her experiences as a student researcher with assistant professor Daniel Maliniak, Miller has conducted speech, text and social media analysis of modern political developments in the Republic of Georgia. She is now in the process of co-drafting an abstract for an academic paper on the usage of “e-petitions” in Georgia, which she hopes to submit to an upcoming political science conference in April.

When she graduates next year, Miller is confident that she will end up in Washington D.C., either pursuing formal diplomacy with the Department of State or working with non-profit advocacy groups. While both options are appealing, she’s unsure which one beckons to her more. However, she feels assured that whatever path she ends up on, she will make the most of it.

“There’s kinda two very different paths that are still very open to me, and there’s overlap between them, potentially, so I don’t necessarily have to choose,” Miller said.