Eskridge and Wilson centered their discussion around findings from their joint book titled “Religious Liberty, LGBT Rights, and the Search for Common Ground.” The pair was invited to Williamsburg to speak in conjunction with the Public Discourse Initiative, Equality Alliance, American Constitution Society and the Law School’s Christian Legal Society.

Both professors discussed the issues that legislators frequently face when passing anti-discrimination legislation designed to protect LGBTQ+ individuals in states with highly conservative, religiously devout populations. In these culturally conservative states, Eskridge indicated that there is more historical discrimination against the LGBTQ+ community, and he discussed job discrimination as a predominant issue facing communities in Virginia.

“In a lot of states, especially Virginia, [there is] a lot of job discrimination and even denial of professional licenses,” Eskridge said. “Some of the examples are now on appeal to the U.S. Supreme Court … even if it decides those cases in favor of the gay and transgender plaintiffs, in my opinion there is still a lot of need for legislation at the state level.”

Wilson explained that new initiatives and movements are being set in motion to pass legislation protecting LGBTQ+ individuals. These regional endeavors include the Inclusive Midwest Initiative, which is a multi-state project focused on passing anti-discrimination laws within the states of Minnesota, Iowa, Missouri, Illinois, Indiana, Ohio, Michigan and Wisconsin.

Wilson illustrated that in the case of the Inclusive Midwest Initiative, members associated with the project form partnerships with large companies to incentivize legislators to pass supportive legislation in exchange for increased business. For example, the initiative has previously contacted Amazon and encouraged them to offer protections to the LGTBQ+ community and has subsequently asked them to add pressure to these states to offer the same LGBTQ+ protections before the companies can be formally incorporated within state boundaries. Wilson noted that this practice has been effective in Illinois, Indiana and Wisconsin.

“A boycott works with bad things, but what we haven’t seen corporations do is be partners in seeing affirmative positive changes,” Wilson said. “I think there is some real promise in having large corporations push our lawmakers to get these anti-discrimination laws in place.”

Some attendees questioned whether it is moral for corporations to weigh in on legislation regarding LGBTQ+ Americans. In response, Eskridge explained that corporations can play an important role as positive role models within states where they operate.

“Corporations can also be a model,” Eskridge said. “The corporations all have their own anti-discrimination policies. That’s positive role modeling. It provides very persuasive arguments. Legislators say, ‘Well how much is this going to cost,’ and the corporations says, ‘It does not cost very much, we actually think it makes it more efficient.’ This particularly helps when you have to persuade people who are not already true believers.”

Wilson further explained that companies can act as catalysts for broader social change on complicated issues of public opinion like LGBTQ+ rights. However, the first step for these broad social changes is legislators formulating ways to pass supportive laws in highly conservative religious areas, and Wilson conveyed that corporations can aid legislators during this policy-creating stage.

The talk also focused on the refusal of services towards LGBTQ+ individuals. Wilson touched upon this issue and noted that this discrimination is often justified through religious contexts. She also brought up the difficulty of applying anti-discrimination laws to privately-owned businesses, and elaborated how this tenuous situation is an ongoing problem for many LGBTQ+ individuals.

“The goal is for everybody to walk in and get treated with respect at the desk,” Wilson said. “The business is regulated but not the individuals inside of it. That is the way forward.”

“The goal is for everybody to walk in and get treated with respect at the desk,” Wilson said. “The business is regulated but not the individuals inside of it. That is the way forward.”

One attendee asked if the pair thought that the LGBTQ+ community would be settling for indignity if they continued to suffer through legal mistreatment.

Jacqueline de Leeuu J.D ’23 said that she found the talk informative and expressed surprise with the significant role that companies play in passing state legislation.

“I thought that it was interesting their emphasis on compromise,” Leeuu said. “I guess their argument that you can’t get ahead in real life without compromise was very true.”

Another law student, Ariana Cheng J.D. ’21, attended the talk because she is interested in the intersection of religion and sexual orientation in policy-making environments.

“I think we should all strive for compromise, but the hard part is figuring out who has to give up what values,” Cheng said. “It is kind of difficult when you’re trying to please both sides, for example people who are LGBT but also involved in religious practices. In politics are we going to value people who are religious and exclude those who are in LGBTQ community? It’s very difficult to balance that.” 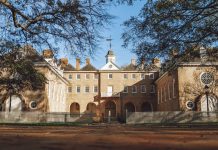 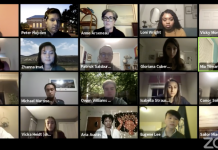 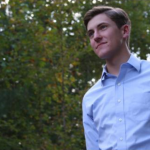 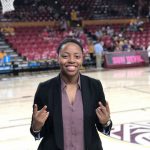 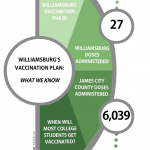