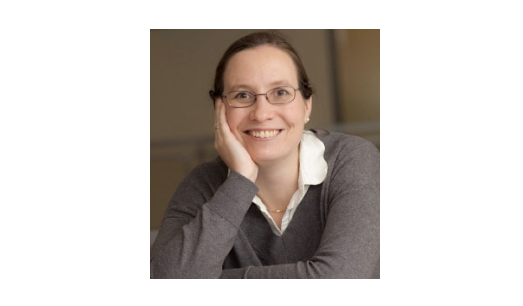 Professor Saskia Mordijck has spent enough time studying stars to appreciate them for more than just the view they give the night sky. Without stars and the atomic fusion that takes place within them, the building blocks of the universe wouldn’t exist.

“This is why we have carbon, we have oxygen; it all comes together through fusion,” Mordijck said. “And a lot of that happens in stars. As I explain to my children, we’re all made out of stardust.”

Mordijck is one of two female hires last year at the College of William and Mary’s physics department. In addition to her teaching duties, Mordijck studies plasma turbulence, as part of research into atomic fusion that could create a new form of clean energy. Mordijck ultimately credits a thermodynamics professor she worked with early in her degree program to inspire her to work with plasma as her primary subject field.

Plasma is a superheated gas, and is classified as the fourth state of matter.

“When these things get very, very hot, these electrons kind of can be taken away [from the atomic nucleus], and then they can start moving completely freely around,” Mordijck said. “Because they have that much energy that the whole system doesn’t stick together anymore.”

As heat within a system intensifies, then the nucleus that was left behind starts moving around as well. This process creates plasma, a state of matter less frequently referred to in basic science education.

“Any textbook you’ll find, until high school, will tell you the sun is a gas,” Mordijck said. “It’s not – it’s a plasma.”

Since gaseous atoms already have more energy than atoms in a liquid or solid, throwing even more energy into the mix and creating plasma can produce interesting scientific outcomes, including turbulence.

This turbulence is similar to the turbulence experienced on airplanes, but in plasmas, it is caused on an atomic level by forces that do not act like regular gases.

“Particles that are far away from each other can still kind of feel each other,” Mordijck said. “It’s like a huge magnet. Because I’ve pulled two things apart, there’s an electric field between them, there’s a magnetic field between them … It’s not completely random motion. And as a result, it starts behaving more like a fluid.”

This principle is used by researchers like Mordijck to study fusion energy. As the inverse of fission, fusion is something of a holy grail for clean energy scientists looking to battle the deleterious effects of climate change.

“[Fission], which is what nuclear power plants are doing right now, is you have a very heavy particle, you shoot something at it, and it splits into two particles,” Mordijck said.

Fusion, on the other hand, is the process of smashing two atomic nuclei together.

Whether atoms are split or joined together, the end product is lighter in mass than the starting products in both cases. While this seems counterintuitive, it’s because both fission and fusion release energy. It all comes down to the most well-known equation in physics: E = MC^2.

Harnessing the release from fusion would have significant implications for clean energy projects, which is Mordijck and other physicists are especially interested.

However, the issue with sparking that process is that it requires more energy to heat the plasma than the plasma generates in turn. Right now, that reality is many years down the line.

“Two particles, to bring them that close together – they really don’t like that,” Mordijck said. “At some point it becomes statistical. If you have enough energy, there will be particles that will fuse.”

Understanding the turbulence of the plasma helps explain more about how fusion works and could increase the odds of finding an efficient method for fusion energy, without as much heat or energy loss.

“What we’re trying to do is understand a little bit how this turbulence occurs,” Mordijck said. “Where does it come from, when is it stronger, when is it weaker?”

A tokamak is a machine of Russian origin which creates a magnetic field, sometimes called a magnetic bottle, to contain the charged particles that make up plasma. This allows scientists to study the material on earth, since it’s too hot to be put in an actual container.

“It looks like a donut,” Mordijck said. “It can be small, can be large. You have donuts that fit on this table, and right now we’re building a huge donut – ten meters high… enormous donut.”

It is difficult to add fuel to plasma because of the heat and controlling how that fuel is used is even an harder feat. If the turbulence can be used to move the fuel from the outside of the donut shape to the center, where the fusion happens, that improves the possibility of fusion as an efficient energy source.

“Temperatures in the core of our plasmas are actually hotter than the sun,” Mordijck said. “As a result, you can imagine that trying to put something in and making sure it goes nicely to the center is not straightforward. It seems that turbulence is helping us doing it.”

When she’s not researching plasma and how it can be used for fusion energy, Mordijck teaches classes as one of five female physics professors at the College. According to the department list of full-time staff on the College’s website, there are 30 full-time staff members total.

Mordijck is Belgian and she speaks Dutch, French and English, German, Luxembourgish and some Spanish. She attended an international high school outside her home country.

“I’ve lived so much of my life abroad that, to me, the boundary line of a country doesn’t mean much anymore,” Mordijck said.

She first noticed that there were more men than women in STEM fields during her high school education, but said that the disparity did not particularly bother her.

“I was the only girl out of eight,” Mordijck said. “I was, in our physics and our chemistry classes, pretty much fine … I think partially I was lucky that those advanced level things – they were all male, but … my physics teacher went like, ‘You were often completely opposed to all your classmates and had a completely different opinion. Unfortunately for them you were always right.’”

Mordijck partially attributes her confidence to her parents’ support of her academic endeavors.

“I think that was very, very important. That your parents believe you are technically capable, and then push you,” Mordijck said. “Really, it was not an option to be bad – it was just not. They wanted me to shoot for the stars.”

She also said that she was not intimidated by the men in her classes.

Mordijck joined the College in 2011, as a “trailing spouse” for a candidate in the computer science department.

A trailing spouse is a highly educated person married to a candidate for a position at a university. Universities often hire interested spouses in this manner, as an added incentive for the candidate to join the university staff. The alternative would be the married couple finding jobs at two separate universities that are not necessarily near each other, limiting choices for everyone involved.

However, the process is very complicated, with a lot of moving parts, and it can often take a while for the ideal position to open for the trailing spouse. Mordijck finally became an official faculty member in the Applied Sciences department in 2016. She was there for three years, at which point she moved to the Physics department because it was a better fit.

“They have EPAD [Engineering Physics and Applied Design],” Mordijck said. “I’m an engineer, I teach the basic EPAD courses. That is kind of my bread and butter, because I come from much more applied physics background. With Physics getting EPAD… it was a much more natural home.”

Mordijck has enjoyed her time at the College, but argues that, to increase diversity, it is important to remember that trailing spouses can seriously affect who will be willing to take a job. Women and minorities with a high level of education often have highly educated spouses as well, that would prefer a job near their families.

“Trailing spouses are an opportunity for the College to attract high-caliber, top-level individuals,” Mordijck said. “And it’s becoming more of a factor in the 21st century.”

Another challenge to keeping female hires is ensuring that the “iceberg effect” – where much of the hostility towards women is in frequent microaggressions building up over time – is kept to a minimum. This prevents toxic work environments that can force women out.

Mordijck said she has experienced these kinds of microaggressions at different research facilities over the years.

“When I’ve been part of teams where men are running [experiments], I’ve never heard them get that kind of thing,” Mordijck said. “And that is kind of these things where you go ‘there is clearly sexism in there.’ And that can make it toxic, because apparently, I don’t just have to be a good scientist, I also have to double-think how I’m going to tell you what to do next because otherwise I’m being ‘bossy.’”

According to Mordijck, the physics department strives to support women and minority hires and works hard to address disparities. For example, the department has a diversity committee that deals with student concerns, putting out surveys and trying to use the feedback they get to overcome biases and improve them sufficiently.

“The department chair has been very supportive,” Mordijck said. “My colleagues have been absolutely amazing, kind, helpful… That general toxicity is not there. And that is very good.”

For female students considering STEM careers, Mordijck had a simple piece of advice.

“Go for it,” Mordijck said. “Go for it! I mean, do what you want to do, do what you’re good at, do what you like… Being unapologetically who you are, especially as a minority, can be empowering to women.”