As students from the College of William and Mary head to the polls on Tuesday, their votes will be counted towards Virginia’s 99 pledged delegates and representing seven percent of Super Tuesday delegates awarded.

Super Tuesday awards a third of all pledged delegates. Candidates in many states and territories are required to get at least 15 percent of the vote to be awarded any delegates. After this “viability threshold” is met, candidates receive delegates proportional to the percentage of their share of votes. Pledged delegates cast their assigned votes at the ballots during the Democratic National Convention in July.

Vermont Senator Bernie Sanders has been the frontrunner ever since his victory at the New Hampshire primary in early February and his landslide victory in the Nevada caucuses. Sanders’ lead has been complicated by former Vice President Joe Biden’s performance in the majority African American South Carolina primary last Saturday, calling into question which of the candidates will win the nomination. This becomes even more muddled with the addition of former New York City Mayor Mike Bloomberg who will, up until Super Tuesday, not have been on any ballots. At one point in the race, it seemed that Massachusetts Senator Elizabeth Warren was a clear second place to Sanders, but her recent polling averages have been almost half of what they were during her peak last October. While support for Warren lags behind the frontrunners, she could still pull votes away from Biden and Sanders. Buttigieg and Klobuchar dropped out after the South Carolina primary and have since endorsed Biden. Hawaii Representative Tulsi Gabbard is polling around 1 percent.

Virginia will play an important role in displaying voter preference across the country. While Northern Virginia has become increasingly younger and more liberal (as well as more populous), the Southern and Western sections of the state have grown older and remain more conservative. The share of young voters has increased in recent years despite the share of people aged 18-29 remaining relatively unchanged since 2009, hovering around 10 percent. In the 2018 midterm election, about 12 percent of votes cast were from 18-29-year-olds, up from 7 percent in the 2014 midterms. 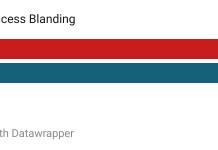