Like many other students, once the College of William and Mary announced the suspension of in-person classes a little over a month ago, my mind buzzed with possibilities for how I could weaponize the novel virus into a mechanism for productivity. In the first of many missteps, I furiously grabbed my journal just minutes after reading Katherine Rowe’s community notice March 11, etching out a rigorous daily schedule that I swore to adhere to throughout my quarantine.

Suddenly not being allowed outside finally made silly personal goals seem feasible, even if achieved by force and not by pleasure. For example, I’ve always felt I should learn French or teach myself Python – not because I’m an avid Francophile or an aspiring coder, but because I am self-conscious about my lack of language and computational skills. I can usually quell these insecure impulses at school, since I’m always too frantic or too exhausted in Williamsburg to do anything besides what is explicitly required of me in my academic and professional commitments. COVID-19 took away my excuses. At home, stuck in a small townhouse with no one to see and nowhere to go, I was unencumbered, so I crafted my schedule from hell.

“By about 5 p.m. each day, I’d panic, realizing that my crippling inability to sit still with my own thoughts was far more problematic than my perceived fear of ‘unproductivity’ ever would have been.”

Every weekday, I planned to wake up by 7:30 a.m., at which point I’d brew a pot of coffee, fire up my laptop and attack coursework with tactical precision. Once I’d watched lectures, completed assignments and returned emails, I would delve into various skill-building exercises for a few hours: first, language classes offered through Babbel, followed by coding tutorials from Codecademy and graduate school application essays on Google Docs. By the afternoon, I would take a break from the computer and go for a run or walk outside, but when I returned, I mandated more online work. By about 5 p.m. each day, I’d panic, realizing that my crippling inability to sit still with my own thoughts was far more problematic than my perceived fear of ‘unproductivity’ ever would have been. I’d then assuage those anxieties by diving into a cookbook, concocting some simple vegetarian dish that I’d use to justify my self-worth. At least I could do something during quarantine, even if it was as basic as mastering a recipe for Thai curry.

But I resolved to continue, and I did so relatively well for the first two or three weeks at home. I tried my best at online classes, despite eventually putting my lectures on 2x speed so I could shorten the time it took to watch them. I trudged along in French, but I tuckered out by the end of March, so now Babbel fills my email inbox every day with daily nudges to practice my vocabulary. I’ve at least learned to cook and bake a few new things, but I doubt they’ll be easy recipes to replicate in my college kitchen this fall.

“But what I’ve learned about myself over the past four weeks is not my good fortune, since I’ve known that for a while. Instead, I’ve uncovered for the first time how profoundly uncomfortable I am with myself.”

I know that this schedule reeks of privilege, and I count myself lucky to have a place to stay, food to eat and my health intact in this global crisis. But what I’ve learned about myself over the past four weeks is not my good fortune, since I’ve known that for a while. Instead, I’ve uncovered for the first time how profoundly uncomfortable I am with myself.

Setting herculean tasks for my quarantine was how I tried to recreate the rigid pressures I put on myself in Williamsburg. At the College, I’ve bought into, and have inadvertently perpetuated, toxic narratives of stress culture and what it means to be a ‘twamp’. I don’t sleep enough, I occasionally bite off more than I can chew and I take pride in my misery. This quarantine has shown me just how unsustainable that lifestyle is. Now that I can’t rely on external validation and an insufferably busy workweek to masquerade my insecurities, I’ve been forced to confront them head-on, something that I actively avoid doing as I carry myself from club to club and class to class.

I called the schedule quits earlier this week, and I felt like a failure. There were plenty of people who seemed to be making the most of their quarantine, chugging through agenda items and ticking off personal goals left and right. Why was I struggling to maintain that same drive?

I reached out to my older sister in dismay. A former twamp herself, she spent four years in Williamsburg poring over textbooks and trying too hard in class, one of countless College students to equate her university experience with forced productivity and endless goal-setting.

Now a sage 25-year-old, she said that if she’d learned anything from her quarter century alive, it was that we’re called human beings, and not human doings, for a reason. We are alive not to fill our days with asinine repetition, but to embrace life’s meandering aimlessness when it comes to us, either through a novel virus or otherwise.

So far today, I’ve done nothing but sit outside and write this article. I know that come next week I’ll have to get back to begrudgingly completing the rest of the semester’s coursework. But for the first time in my college career, I feel compelled to care less about productivity and more about my own emotional well-being – and I’m excited to bring that mindset back with me to the College. 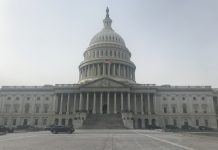 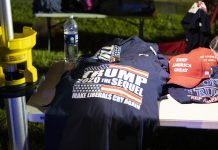 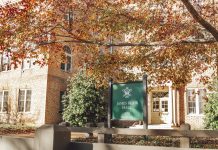