Sunday Sept. 13, chaos reigned in the basketball world, and I’m not talking about the Los Angeles Clippers blowing a gigantic lead to the Denver Nuggets in game six of the NBA’s Western Conference semifinals. I’m describing the WNBA, where on the last day of the regular season, three games took place that determined various playoff outcomes for four of the six teams playing.

The first game was between the Dallas Wings and New York Liberty. The Wings won, which meant that their fate depended entirely on the outcome of the next game, where the Mystics faced off against the Atlanta Dream. The Mystics defeated the Dream, which knocked the Wings out of the playoffs and gave the Mystics the eighth seed. While these two teams were fighting for their spot in the playoffs, the Seattle Storm and Las Vegas Aces, the top two teams this season, were battling for the coveted number one seed. The Aces pulled off a close win, which gave them the top spot in the playoffs.

After all the stress of the weekend, the players have no time to relax, as the first playoff games start Tuesday, Sept. 15. The first game has the seven-seeded Connecticut Suns facing off against the six-seeded Chicago Sky. Later in the day, the eighth seeded Mystics will play the five-seeded Phoenix Mercury. The WNBA has a slightly different playoff schedule than other professional sport leagues. The first two rounds of the playoffs are single elimination games, meaning that the team who loses Tuesday is eliminated from playoff contention entirely. This ups the stakes considerably for all of these teams, many of whom have had to fight tooth and nail to make it in.

Due to COVID-19, the WNBA played a shortened season of 22 games this year. All of the teams lived in a “bubble,” coined the “wubble,” in Bradenton, Fla., living and playing all together to prevent the spread and contraction of COVID-19. This also meant that many notable players made the decision to not play this season, including 2019’s MVP Elena Della Donne.

In spite of this, there are plenty of exciting players and matchups in the first two games. The Mystics managed to sneak into the playoffs but got an insanely tough matchup in the Mercury. Phoenix’s star player Diana Taurasi is a terrifying 13-1 all time in win-or-go-home games, and the team went 6-2 in the final eight games of the season. While the Mercury may be missing star center Brittney Griner, they still have a talented roster that includes Taurasi and Skyler Diggins Smith who’s averaging 17.7 points per game. The Mystics have been ravaged by injuries and players opting out, but made an impressive late season push to get back into the postseason. Misha Hines Allen, averaging 17 PPG, and 2019’s finals MVP Emma Meeseman won’t go down without a fight.

The Sky and the Sun are a bit more evenly matched. The Sky have an extremely balanced attack, with four players averaging over 10 points per game. They also have one of the best players in the WNBA, Courtney Vandersloot, who averages 13.4 PPG and is an outstanding passer with 9.9 assists per game. However, the Sky come into the game having lost six of their last eight games, so they will need to turn that around. The Sun had a terrible start to the season, going 0-5, but have looked a lot better in the recent weeks. They have an outstanding player in DeWanna Bonner, who’s averaging 19.7 PPG, and they come into the matchup with some strong positive momentum.

The strongest contenders are waiting in the semifinals though. Two of the top MVP candidates this year, Aces center A’ja Wilson and the Storm’s Breanna Stewart play for the one and two seeds respectively. Wilson is leading the league in scoring, averaging 20.5 PPG, but Stewart is not far behind, scoring 19.7 PPG. Since the one and two seeds get a bye, you won’t see these teams and these players until the semifinal round. The Aces and the Storm have dominated the regular season, so it’ll take an outstanding performance by some of the other teams to knock them out of the playoffs.

The WNBA playoffs promise to be high stakes, exciting games that will feature lots of talented stars. Thanks to the shortened playoff schedule, every single game matters, which only means more exciting basketball. 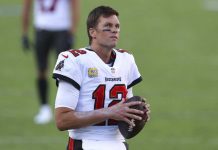