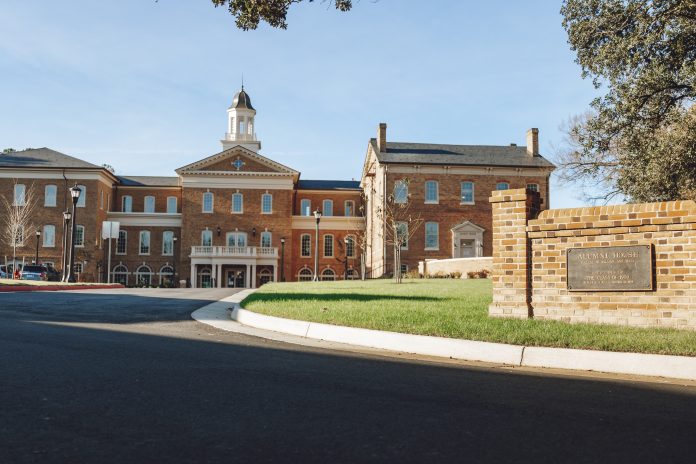 To the administration of the College of William and Mary,

I write to you as an alumnus of the College who graduated in 2019. In retrospect, it was the last graduation before the pandemic strangled the world. Such awful times, where family members die and politicians dissemble, would be cause for kindness, or so I would hope.

It is with great dismay that I have learned that the administration of the “alma mater of the nation” would rescind the liberalized pass/fail option for this semester. The current students at our august institution are inquisitive and thoughtful and diligent, but have also been ripped away from the touch of a friend, the hug of a significant other, the camaraderie of a club. As a public ivy, their workload is intense, as is their drive.

You have looked at these wonderful people and decided to make their lives so much harder for them. To which I ask:

I am the survivor of child abuse that began from an early age. It is an experience that makes you see cruelty behind every smiling face, and question regularly your own sense of reality. I am used to being lied to on a daily basis, and any and all affront to my dignity denied to my face. Make no mistake, I know the vicissitudes of cruelty all too well. I wish that knowledge on nobody, not even my worst enemy.

The pass/fail policy this semester strikes me as being a similar form of cruelty. You know the students under your care and direction are suffering. You know they are overwhelmed. You know they have lost loved ones. You know they are crying and screaming and perhaps even praying for something, be it a vaccine or providence, to deliver them from this excruciating pain. You know all of this to be true.

And yet you decide to exacerbate their burden. You sit there in your golden sandals as the college years of so many are shod by the iron of fortune. You have not kept them well, but handed them mere breadcrumbs in the form of ‘break days’ that do not allow even a modicum of rest. You have denied any wrongdoing after one of your own was caught laughing at the suffering of students. They have already seen a stimulus in Congress so small as to be worthless. Do you really want to be in that company?

I have heard all too much about the College’s reputation among outsiders; the College is known for being brutal to its students. In the early 2010s when I was in high school, its reputation was at a nadir. It is in your interest to ensure that this reputation does not continue, for the sake of the future of the College.

Listen to your students. Listen to the people for whom the College was founded to serve. Their voices swell with the misery of those who have endured more than anyone should, and they are strong and true and clear. Listen to those for whom your job exists, lest they be drowned.

I say this to you as someone who loves the culture and the community of William and Mary with all my heart. It is in classrooms and club halls that I learned to be a human being after the callous neglect of my parents. I believe in all sincerity that had I not had the kindness of the Ballroom Dance Club and the Swing Dance Club and the Quizbowl team in that dark part of my life, I would not be alive to write this letter. It is for that reason I love the College. I owe the people there a great debt, for it is they who saved me through their boundless empathy. Several of those wonderful people are being directly affected by these policies on this very day.

The people to which you are responsible are kind and diligent and full of empathy for their fellow human beings, willing to support each other through iron-shod years. They are sterling examples of human goodness.

And they deserve so much better than this.

Alexander Wallace ’19 has a bachelor’s degree in international relations. He is currently living in his hometown of Arlington and working for a healthcare company managing the ongoing pandemic. He is also a freelance writer for three different sites and is currently editing an anthology of short stories to hopefully be published later this year. Email Alexander at alexwallace2@yahoo.com.