The College of William and Mary welcomed the Ampersand International Arts Festival (previously W&M Global Film Festival) back for its fifteenth year from April 6-10. This year’s 5-day festival was larger than ever before, hosting international and student film screenings, live arts performances, guest lectures, author talks and multiple receptions for the greater College community. Flat Hat Photos Editor Justin Sherlock ’23 captured the occasion in a colorful, striking series of photos.

The festival opened with a global showcase of student international musical and dance performance organizations. Pictured below, respectively, are the Russian Music Ensemble and Afsana, a South Asian dance crew.

The next portion of the event featured a Q&A session with Stevens.

The event concluded with a book signing with Stevens. 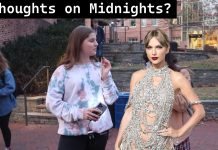