With certain iOS updates comes a set of exciting new emojis that become rapidly incorporated into our everyday vernacular, and the recent iOS 15.4 update did not disappoint. While I know that not all of our fine readers are Apple users, I hope all of you can share in my excitement over some of these unique emoticons. Though there are many new ones, I have chosen a select few personal standouts from the collection to review. 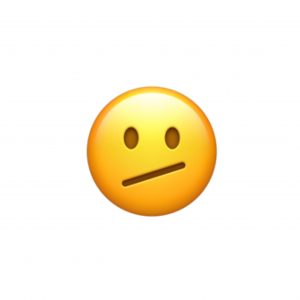 I’m not going to lie, I kind of feel like this emoji is a bit of a waste. I understand the meaning behind it, yet I don’t love it. I feel that :/ better represents the emotion of “meh,” not exactly something great nor something entirely disappointing — a simple “it is what it is” expression of frustration. The idea of feeling “meh” and going all of the way to the emoji keyboard and back to your regular keyboard on your iPhone just to type out that emoji does not seem realistic at all. If it weren’t just a variation of :/, I think this emoji could be much more impactful. But :/ is much easier to type and what I am used to, so :/ definitely wins in my book. 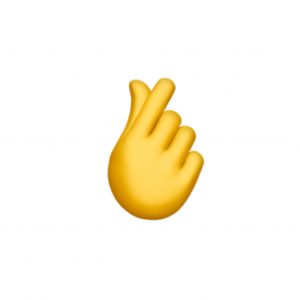 I love this emoji. It is the finger heart gesture, a simple way to express love for another person or thing. This gesture was popularized in South Korea by K-pop artists and celebrities and has catapulted into popular culture throughout the past decade. My high school friends and I always loved to use it with each other when we could tell one of us was having a bad day but were too far apart from each other to speak. I’m now imagining a group of friends sending this emoji to one another in group chats, allowing them to easily cheer up a friend who had a rough day without even being able to see each other. I like it. 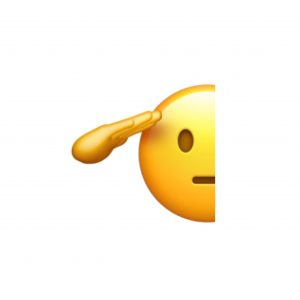 Where did the rest of the face go? I think this emoji has a lot of potential. It could be used in at least two different scenarios: two people in solidarity as they’re both going through it, or someone saying “aye aye captain,” like those kids in the Spongebob theme song. Pretty fun. 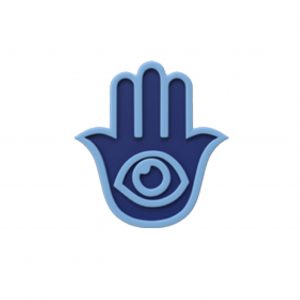 This is an emoji of a hamsa, a symbol important in many cultures and religions, dating back to ancient times. I’ve grown up with hamsas throughout my house. They have always been one of my favorite symbols of my Jewish culture, though I’ve typically seen them upside down. They stand as a powerful symbol across countless religions, such as Islam, Christianity, Judaism, Buddhism, Hinduism and Jainism as well as throughout the Middle East and North Africa region. While the symbol is said to be one of protective qualities, bringing health and happiness to those that possess it, the hamsa also provides a symbol of unity and commonality by being such a universal, personal fixture of a wide variety of cultures, faiths and families. Seeing it as an emoji does feel a little trivializing as it holds so much meaning for so many people, but overall I am happy to see it represented through the new update. 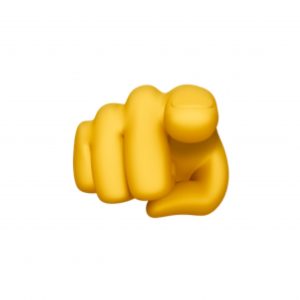 This emoji reminds me of those Uncle Sam “I WANT YOU” posters we were always shown in history classes. A little threatening if I’m being honest — not sure how I feel about it. 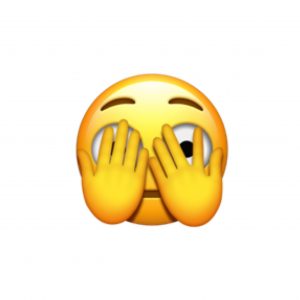 Now, this emoji encapsulates so much, as my friend once said in a text to me, since it feels applicable to so many different scenarios and emotions. It perfectly shows the feeling of not wanting to see or know something, while at the same time, not being able to resist the sight or knowledge. The most direct application would be me while watching a scary movie — I don’t want to get scared by the monster popping out, but I also need to know exactly what happens and see the monster pop out. It also could apply to seeing a grade on an exam you’re nervous about or finding out whether or not you were admitted into a program — you know you should probably check your results, but you also know that it could ruin your day. Either way, the result is you barely peeking an eye through your hands — you can get the information you so desire, but at what cost? 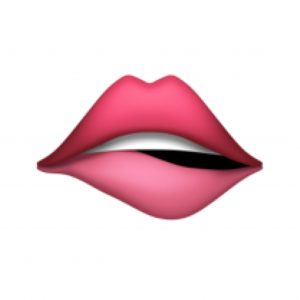 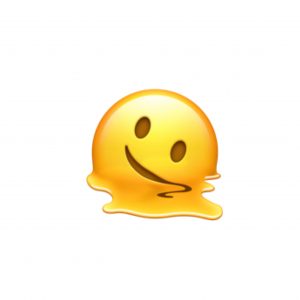 I sent this emoji to my roommate, and she told me it was scary. I see what she means, but at the same time, I think it is yet another very relatable emoji. It puts the word “sigh” into a picture. The vibe is similar to the smiling emoji with a single tear, but this one feels like a better visual representation of what that feels like internally. The melting emoji is not as random as you’d think. 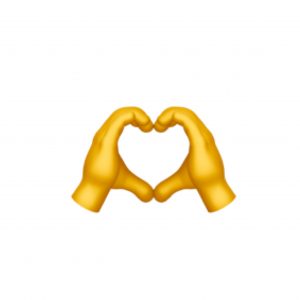 This is another wholesome new emoji. It could be two friends forming a heart, each with one hand, or oneself forming a heart with both of one’s hands. Either way, it is another cute way to express one’s care and love for another person, animal, place or object. Again, I like it. 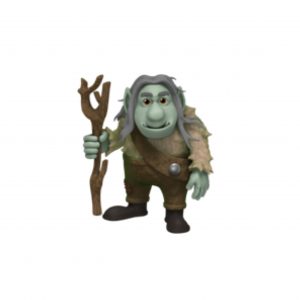 These are certainly not all of the new Apple emojis that came out in the iOS 15.4 update. I encourage you to take a look for yourself through your emojis, and you might be surprised with what you see.

And apparently the iOS 15.5 update was just released. Unfortunately, I don’t think it comes with any new emojis. So I probably will procrastinate updating my phone for far too long, especially with this lack of incentive with no new emojis. *insert melting face emoji*