Lauren Meyer ’24 is planning to major in anthropology and minor in history. Outside of the Flat Hat, Lauren is a member of Swim Club and is also an avid Swiftie. Email Lauren at lemeyer@wm.edu.

This article is a cautionary tale for anyone who plans to wait to declare their major. “It doesn’t matter when I declare my major,” you think. “I don’t really need major approval to get into my classes, so there’s no harm in waiting another semester.” FALSE! The College of William and Mary course catalog states that “students must fulfill…the major requirements set forth in the catalog when the major is declared.” So, if the requirements for your planned major change before you declare, you have to follow the new requirements. But my question is, why?

As a junior, I’ve been planning my classes and my schedule since the spring semester of my freshman year (the first semester, admittedly, I had no idea what I was doing). I declared my primary major last spring, and figured I would wait to declare my secondary major this fall. There wasn’t really a reason for me to declare my major in the spring, as I knew the classes I needed weren’t major restricted. So I didn’t declare, putting it off because I didn’t see it as a particularly pressing problem.

Once back on campus, I logged onto DegreeWorks to begin the process of filling out my major declaration forms and to double check all of my classes. To my utter shock and astonishment, my intended major appeared completely changed. When I’d last looked in the spring, I had two classes left to finish my major. DegreeWorks was now showing I had four.

Luckily, after 24+ hours of panic, and a flurry of emails, I figured out that I wasn’t actually that far away from completing my major– I still only had two classes left. By a stroke of luck, the classes I’d previously taken lined up well with the new requirements, and nothing was really changed. The same was not true for one of my friends, also a junior, who had tried and failed to declare last semester, and was now way behind in the new requirements. Essentially, even though she did all the right things – planning her classes, taking what she needed – she now has to make up ground that she had no way of knowing she was losing.

Both of us are also still enrolled in classes this semester that we took to fulfill now unnecessary requirements. As a double major intending to graduate early, I would’ve rather taken a class that actually got me closer to completing my degree. Due to some creative problem solving on my major advisor’s part, I got mine figured out, but my friend has so far not been as lucky. Regardless, this still caused stress that I don’t think was necessary or warranted.

I understand why departments change their degree requirements, and I have no qualms with updating and/or refreshing the curriculum. But requiring students to follow the requirements for the semester they declare seems a little bit pointless, especially when the general degree requirements (aka COLL curriculum) are followed according to the year of matriculation, when a student first comes to the university. To me, it would make more sense to have all major requirements be based on the year of matriculation. That way, people planning for the future could know for sure they’re taking the classes they’ll need when they graduate. Secondary majors can be declared up until add/drop of the semester of graduation – so why, when a major can be declared so late, are we forcing students (especially upperclassmen) to follow requirements that haven’t been there for the majority of their time on campus? 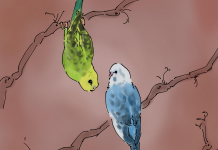