Born and raised in Houston, Texas, near the Clear Lake City area, Tsai notes that their favorite part of their hometown was its culinary diversity, perhaps setting it in stark contrast to a certain college that we know and love.

“A lot of people don’t know this, but Houston is the most diverse city in the country, and I do have to admit that I really miss the food there,” Tsai said. “There’s just so much food, there’s so many types of cuisines from so many different places in the world.”

Tsai further expressed that Houston’s diversity transcends its food to its people. Tsai reflected on the marginalized communities they were often surrounded by until they decided to move from Texas’ tense political climate to Virginia.

“There’s a really on-the-ground, hard working community there of people of color. Of queer and trans people that are really fighting against some of the harmful policies that have been rising up,” Tsai said. “But for me, I became very tired of the fight of being in a place like Texas, and I really wanted to move somewhere with seasons. So I’m really enjoying fall in Virginia.”

Tsai attended the University of Houston, where they earned a Bachelors of Arts in English. They later earned their Masters of Fine Arts from Warren Wilson College and their Ph.D. in Dance from Texas Woman’s University. During their time as a doctoral student, Tsai wrote a dissertation on white, straight men and their portrayal in pop culture as unskilled dancers in comparison to other demographics.

“The dissertation aims to chart an evolution of the (straight) white man dance trope, in which white men are presented in television, film, and video as either non-dancers or bad dancers in American popular culture from 1980-2018,” Tsai wrote in their dissertation.

Outside of their work in academia, Tsai has authored two novels, “Dear Twin” and “Unwieldy Creatures”. We often hear about the content of books, but the process of creating them is the most personal and subjective element of storytelling. Tsai explained that they did not have any formal training in writing novels as they had primarily focused on their poetry up until writing their first book. Having read many young adult books, they were ultimately led to take the leap of faith and publish their book, though they had no previous intentions to do so.

“You know, I never thought that I would publish any novels,” Tsai said. “I didn’t anticipate writing fiction professionally. I first started writing fiction as a teenager. I was really obsessed with Anne Rice’s ‘The Vampire Chronicles,’ and I would write these very terrible twin fanfics of “The Vampire Chronicles,” particularly “Queen of the Damned.’”

Elaborating on their lack of formal education in writing fiction, Tsai urged students to take the leap of faith by immersing themselves in an unfamiliar genre or sector of writing even if they feel inexperienced.

“I got my masters in creative writing and poetry, but I actually have not gotten any formal training in fiction whatsoever,” Tsai said. “Like, I have literally not taken a single fiction class. So I would also say to creative writers, you never know where the writing journey is going to take you.”

As for their personal motivations for writing their novels, Tsai further explained how their first novel, “Dear Twin,” arose from a desire to dissect their family trauma and meaningfully impact audiences.

“In 2012, I had a publisher accept a memoir for publication,” Tsai said. “The memoir dealt with a lot of my childhood trauma, like, pretty much every really difficult story in my family. I thought, ‘Who did I really want to impact with this first book?’ And so I decided to shelve the memoir, and I took the heart of that story, which became the beginning of a “Dear Twin,” Tsai said.

In their second novel “Unwieldy Creatures,” Tsai reflected further on the depth of her own experiences through a creative lens that borrows heavily from Mary Shelley’s “Frankenstein.”

“I would say that I initially connected to “Frankenstein” because I related to the creature, not only in terms of feeling othered as a biracial person coming of age in the nineties, but also as a child who has experienced maternal abandonment,” Tsai said.

Tsai recommends that those interested in their literature should read “Dear Twin” if they want to learn more about them and “Unwieldy Creatures” if they’re more inclined to indulge in the stylistic element of retelling.

During their most recent author talk hosted by the College’s English and Asian and Pacific Islander American departments respectively, Tsai read an excerpt from “Unwieldy Creatures” and took questions from an audience composed of students and faculty members.

During the author talk, Tsai also discussed both the power of storytelling and their individual process as a writer. Retelling stories through an alternative lens, as Tsai did in “Unwieldy Creatures,” allows for marginalized and underrepresented groups to enter the spotlight of traditionally underrepresented stories.

“You know, most of the texts that we think of as classic are white, they are cis/het, they tend to be incredibly sexist,” Tsai said. “And so for me, retelling this was to think about some of the ideological underpinnings of the classic were and how can I comment on those relationships and those systems through the way that I retell in my version.”

The work that is being done by Professor Tsai and others like them in art, cinema and storytelling provide a platform for those who have been robbed of the ability to enter the creative world for far too long. Tsai’s work and advocacy encourages marginalized peoples to break past generational social barriers and engage in uninhibited self-expression.

In addition to their two novels, Professor Tsai is also the co-editor-in-chief and founder of the Just Femme and Dandy, an LGBTQ+ focused literary magazine. Tsai has also worked on the anthology “It Came from the Closet”, which centers itself around LGBTQ+ writers and their relationships with film.

Among their most recent projects is a developing collection of works by LGBTQ+ youth to showcase the talent of the community in fashion.

“Express Yourself’ is a collection of reflections from the LGBTQ+ youth community ages 13 to 20 on fashion, to be released by Jessica Kingsley Publishers in 2024,” Tsai said. “We’d love to hear from potential contributors on the fashion icon who helped you develop your own style.”

Professor Tsai also remarked on their hope for a diverse collection of voices to become involved in the development of the upcoming anthology.

“We’re hoping especially to hear from Black, Indigenous and other voices of color, as well as the disabled community and writers living in bodies that are often not designed for those more comfortable with a camera than a pen,” Tsai said.

Students at the College are also encouraged to submit their work for the chance to be featured.

“Please tag yourself and hashtag ‘#ExpressyourselfJKP’ on either a TikTok post or an Instagram reel with a video of what LGBTQ fashion means to you as part of the community,” Tsai said. “Please post your videos or Instagram on Instagram or TikTok with the hashtag #ExpressyourselfJKP or email pictures and or full drafts to Addie Tsai expressyourselfanthology@gmail.com  by January 1st, 2023.”

Outside of their writing career, Tsai is also engaged in various other genres of art. To view Tsai’s other work, their Instagram account, @addietakespolaroids, showcases many polaroids that employ photographic techniques such as double exposure. Tsai also employs polaroids to replicate artwork from their favorite artists, created from various other media, on another Instagram account, @addiewearshistory.

Overall, Tsai is the embodiment of individualistic artistic passion storming into academia. Whether it’s their multiple written works, independent art projects or the sheer dedication to their fields, Tsai’s love for their craft and integration of it into different sects of their life is what we should all strive to emulate in our future endeavors. 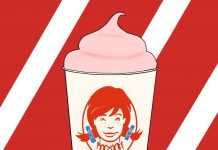 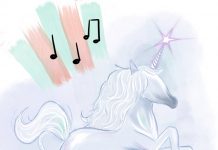 Tribe trek: Emily O’Keefe ’25 hikes entire Appalachian Trail in five and a half...