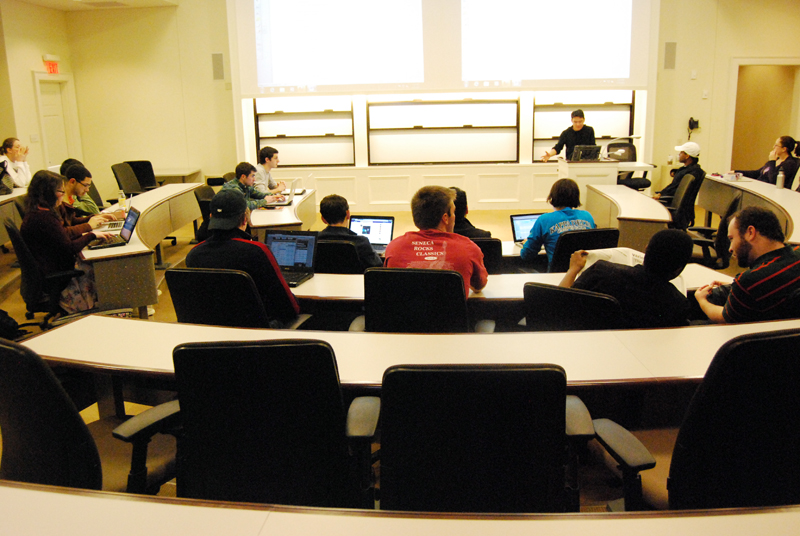 The Student Assembly unanimously passed the WCWM Fest Concert Act, allocating a total of $30,000 to cover costs associated with an artist contract for the festivities.

“We’re trying to work with many different clubs and organizations on campus to throw an event,” WCWM Music Director Todd Luling ’13 said. “Hopefully it can be kind of a stepping stone to further events.”

Questions arose around the possibility of joining forces with AMP in the hopes of obtaining one larger headliner for the concert.

“[We] have a chance to step out of what AMP has been doing in terms of entertainment,” Luling said. “[We’re] trying to reach more people and be more legitimate on campus. I think it would be good to keep separate from AMP.”

Luling also mentioned that AMP Music Committee Chair Philip Basnight ’13 is a member of WCWM and will be on the committee for the festival. Luling is also a member of AMP. The festival will take place April 6-7.

SA President Kaveh Sadeghian ’12 gave the executive updates for the meeting. These included announcements about rooming pamphlets and an upcoming student survey, most of which will focus on the reaction of the student body to Charter Day. Sadeghian also proposed aiding the Office of Undergraduate Admissions office in Admitted Students Day, specifically in regard to refreshments.

“The admissions [office] would love some support,” Sadeghian said. “This would be a really great opportunity, but we’d need to feed about 2,000 people with muffins and coffee.”

Chairman Noah Kim ’13 also announced he would be working on a project with South Asian Student Association to put together a Voices of South Asia Conference.

“They need to help with funding for that,” Kim said. “It is potentially a large-scale conference.”