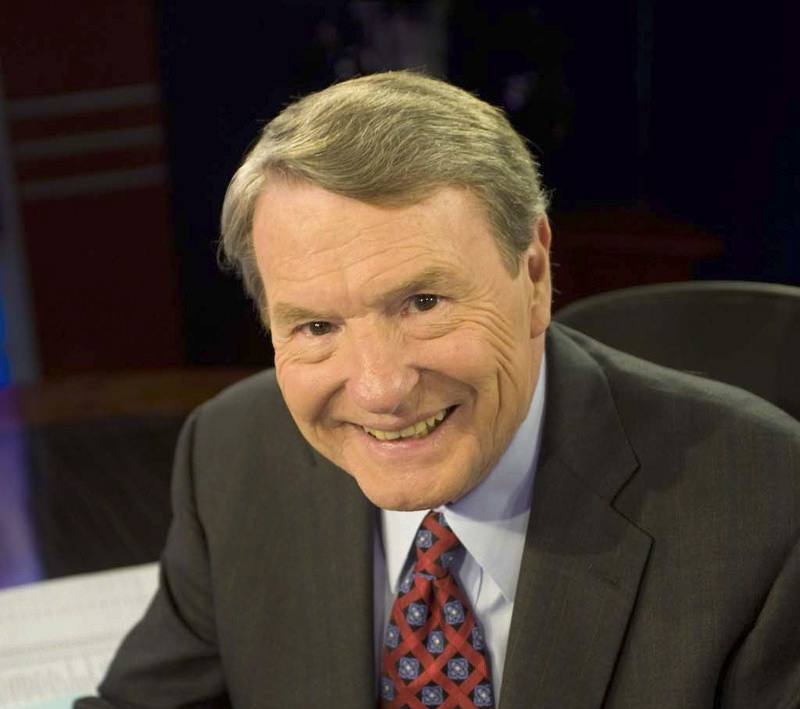 When the Senate Watergate Committee investigated one federal official after another in 1973, reporter Jim Lehrer helped to keep Americans informed by bringing continuous live coverage to their television sets. The celebrated anchor will address members of the College of William and Mary class of 2012 at their commencement ceremony May 13.

Lehrer served as an anchor of the Public Broadcast System’s top news program for 36 years. He has moderated 11 presidential debates and was inducted into the Television Broadcast Hall of Fame in 1999.

“For decades at PBS, Jim Lehrer stood in the forefront of the most knowledgeable and trusted voices on television news. He has also been a cherished friend of the entire Williamsburg area, including serving for years as a trustee of the Colonial Williamsburg Foundation,” College President Taylor Reveley said in a press release. “Mr. Lehrer will be a marvelous Commencement speaker.”

Lehrer has worked in the field of journalism for more than five decades, starting his career as a reporter for The Dallas Morning News and then The Dallas Times-Herald. He next worked as a public affairs coordinator for PBS in Washington. As a correspondent for the National Public Affairs Center for Television, he worked with Robert MacNeil in 1973 to provide live, Emmy-winning coverage of the Watergate hearings.

“Jim Lehrer has had a front-row seat for some of this nation’s most significant news events. There is no doubt he will draw on those unique experiences in his message to members of the Class of 2012,” Director of University Relations Brian Whitson said in an email.

“The MacNeil/Lehrer Report” first aired in 1976 and won more than 30 awards in its first seven years. The next iteration of the show, “The MacNeil/Lehrer NewsHour,” premiered in 1983 and ran until MacNeil left in 1996. Lehrer anchored “The NewsHour with Jim Lehrer” until 2009, when it was renamed the “PBS NewsHour.” He retired from the show in 2011.

Lehrer has been honored with two Emmys, the Chairman’s Award at the 2010 National Academy of Television Arts & Sciences News & Documentary Emmy Awards, the 1999 National Humanities Award and the 2011 Fourth Estate Award, as well as Colonial Williamsburg’s Churchill Bell.

A creative streak accompanies Lehrer’s journalistic objectivity; the anchor has written 20 novels, two memoirs and three plays. His 23rd book, “Tension City: Inside the Presidential Debates, from Kennedy-Nixon to Obama-McCain,” was released in September.

Lehrer is the second broadcast journalist to address a College commencement ceremony in  recent years. Tom Brokaw, former NBC anchor, spoke to the College’s class of 2009.

“I wouldn’t say two broadcast journalists in four years is a trend but we are very much looking forward to Mr. Lehrer’s speech,” Whitson said in an email.

Nominated to the position by President Barack Obama, Jarvis became the 18th director of the agency in October 2009, having served in its ranks since he started as a seasonal interpreter in Washington in 1976. The Lexington, Va. native majored in biology at the College.

Martin was elected the 19th president of Amherst College in 2011. She came to the College from Campbell County, Va., majored in English and graduated Phi Beta Kappa. Martin played for the women’s basketball team during her senior year, averaging almost nine points per game.