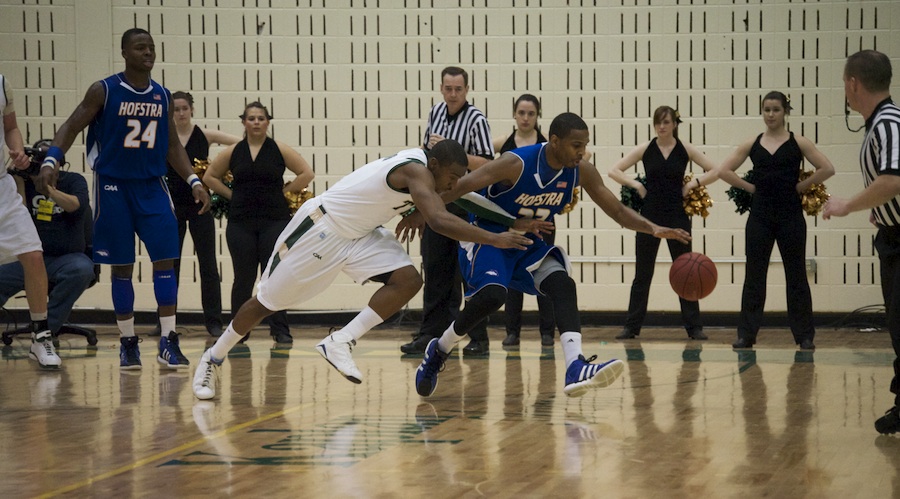 With one game to play, the CAA tournament pairings are close to finalized. Here’s what the Tribe will face depending on what happens Saturday after the College plays its regular-season finale against Georgia State at Kaplan Arena.

If the season ended today, the Tribe would be the No. 9 seed based on having the second tiebreaker over James Madison (the two teams split their head-to-head matchups, which would be the first tiebreaker). Thus, a JMU loss to Towson would clinch the No. 9 spot regardless of how the College fares against Georgia State Saturday. However, even if the Tribe beats Georgia State, it could fall to the No. 10 seed if JMU wins and UNC-Wilmington falls to Hofstra. If the College and JMU won while UNC-W lost, the Tribe would fall in the group-play tiebreaker having lost twice to UNC-W. Despite being just a game behind UNC-W, the College can’t reach the No. 8 spot because of the two losses to UNC-W.

With Tribe win over Georgia State: College secures No. 9 seed with UNC-W win regardless of what JMU does. Tribe falls to No. 10 seed with JMU win and UNC-W loss.

With Tribe loss to Georgia State: College secures No. 9 seed with JMU loss, falls to No. 10 spot with JMU win.

If No. 9 seed, the Tribe would face UNC-W in the first round of the conference tournament. The College fell to UNC-W twice during the regular season. The first meeting, in Williamsburg Jan. 21, was tight as the Tribe lost 68-66. The second game, in Wilmington Feb. 4, was slightly more lopsided as UNC-W won 81-68. If the College got past UNC-W, it would then take on Drexel, who handed the Tribe a 64-48 loss at Kaplan Arena Jan. 23 before beating the College by just two, 63-61, on Valentine’s Day in Philadelphia.

Photos from the Tribe’s last game, a 75-71 win over Hofstra at home Wednesday: