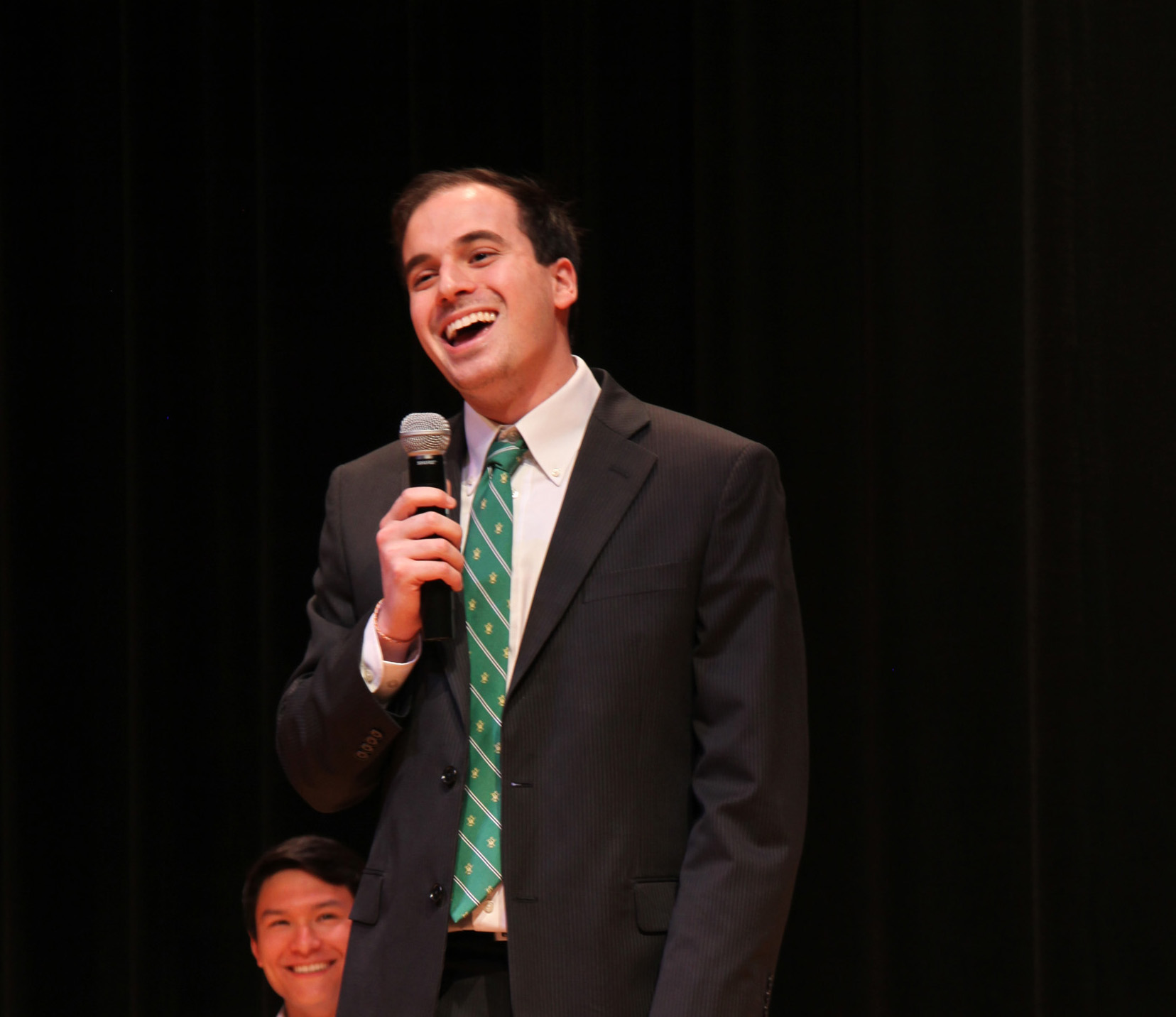 David Alpert ’13 and Meghan Moore ’13 say that they are looking to run a more grown-up campaign.

“There’s this really big temptation of political campaigns of any size to promise the moon,” Alpert said. “Our whole perspective is to make this a mature, adult campaign.”

In light of this, Alpert and Moore say they aren’t going to make promises for sweeping changes, but instead focus on a number of goals that they believe will improve the College of William and Mary as a whole.

Alpert and Moore have dubbed these goals their “Top Ten List.”  The list, which technically includes 11 items since number nine is broken into two subsections, makes up the foundation of their platform.

Objectives include the creation of “Tribeline,” a confidential mental health helpline manned by students to offer support for their classmates.

“There’s a way that peers can relate to peers about the William and Mary experience,” Alpert said. “Mental health is something that I think this campus really needs to step [it] up on.”

Tribeline would offer a late-night opportunity to talk to fellow students — using fake names to ensure anonymity — about the unique challenges that face members of the College community.

Alpert said that part of the inspiration for the help line came from the difficulties he experienced moving from his freshman dorm to life in the units, and a lack of people he could talk to during those difficulties.

“It was surprisingly hard to transition into that,” he said.

Another high-priority item on Moore and Alpert’s list is encouraging more collaboration between the SA and Res Life.

Moore, who worked as a freshman Resident Advisor this year, said her experience with Res Life led her to consider the ways in which the two organizations could work together towards the shared goal of sponsoring campus-wide student events.

“SA and Res Life are two notable entities on campus that I think could do a lot of good,” Alpert said.

Other priorities include creating a Tribe service day, where students would be able to take a day off from class to participate in local service projects, a syllabus database to provide more course information to students during registration, and working with the Student Environment Action Coalition and other organizations to stop the construction of the nearby Surry coal plant.

Alpert, who made an unsuccessful bid for SA president last year, said that he has made changes, both personally and politically, which he thinks will give him a better shot this time election year.

“[Last year] I was all about the SA,” he said. “This year it’s something I’m really passionate about … but I’ve really explored other passions and interests. I think I come from a much more balanced place. I think I was just too focused.”

Alpert and Moore pointed to their differences in background as a means to appeal to a wider base of the College community.

Alpert has a history in student politics, having served as the president of the Class of 2013 for two years. Moore is an SA newcomer, but not an unfamiliar face on campus: she served as the student speaker at this year’s Charter Day ceremony and has been involved in a number of on-campus organizations, including her aforementioned position in Res Life.

Alpert, a Los Angeles native and Religion and Government double major, shared his inspiration for running for SA president.

“Government is something I’ve been interested in since I’ve been in elementary school,” he said. “I just really loved the ability to give back to the Student Assembly.”

Moore, a Government and Sociology double major, said student government was not something she had really considered until spending a semester away at the College’s campus in Washington, D.C.

“I didn’t really realize how powerful William and Mary is, and how much I missed it,” she said. “I just really want to give back and I think Student Assembly is a good way to do that.”