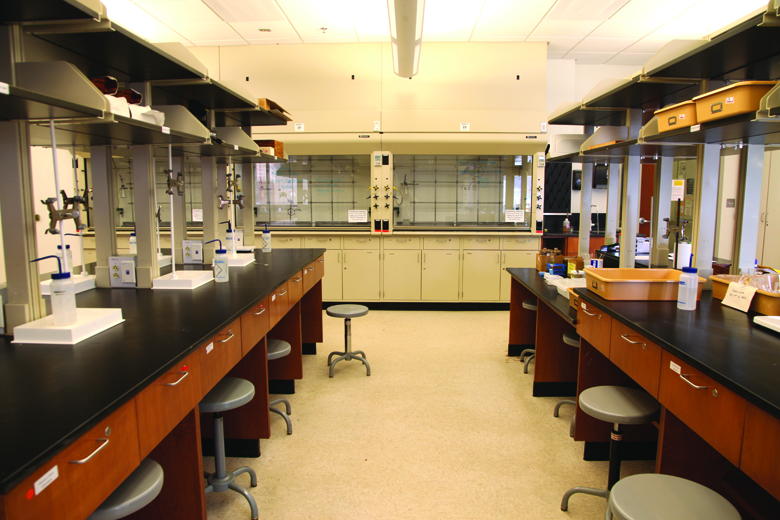 Contributing more to the costs of science labs may come as a surprise to many College of William and Mary students, but will be added to the list of College expenses for some students next year.

The Faculty Assembly voted to endorse the proposal to charge students a lab fee in January as a revenue generator for the science departments. Fees will vary depending on the department and course and will be implemented in Fall 2012.

Science departments have been pushing for lab fees for many years now.

“We didn’t go into this lightly, it took a great deal of understanding and sensitivity,” Dr. David Armstrong, chair of the physics department, said.

The departments collaborated on the issue, hoping that a concerted effort would emphasize the need for the funding.

“We really came together for this, although not every department is doing the same thing,” kinesiology department head Michael Deschenes said.

Currently, labs such as general and organic chemistry place breakage charges on students, but most labs do not charge anything at all. Anatomy labs are the exception: They have always had fees in order to pay for expensive materials such as cadavers.

The kinesiology department as a whole will charge $28 per student for labs in the fall, which will provide the department with a modest stream of income to combat the rising costs of lab maintenance.

“It is increasingly difficult to keep equipment up to date or to pay for consumables and expendables,” Armstrong said. “Charging lab fees allows us to build up so that we can make equipment replacements at the appropriate times for the new generation. The last thing we want is students doing 21st century science with 19th century materials.”

The chemistry department will charge $70 per lab.

“The purpose is that this will enable us to not be in the red at the end of the year,” chemistry Department Chair Christopher Abelt said.

Geology, which currently charges a $10 lab fee, will increase its fee to $15.

“In the geology department, the Introduction to Geology lab is really hands on, and costs to rent vehicles [for trips] have gone up. So our rationale was to cover those,” professor Chuck Bailey, chair of the department, said. “We are just trying to do the same things we’ve always done.”

Some administrators likened the lab fee charge to any other college expense incurred by students.

“It is similar to buying the books for class, with students paying directly for materials,” Dean of Undergraduate Studies Kelly Joyce said.

Compared to other Virginia schools, the College has remained sparse with its lab fees. The University of Virginia has similar policies, charging only for breakage, and various special labs like anatomy. In contrast, George Mason University enforces a policy like the one the College will soon adopt, with lab fees for 2011-2012 ranging from $25-130. Meanwhile, Virginia Commonwealth University charges a flat rate of $65 for selected biology, chemistry and forensic science courses. And, finally, there are schools like Virginia Tech, whose policy states that various course and lab fees may be assessed depending on the courses in which a student is enrolled and used to support extraordinary course-specific costs.

The primary focus, according to Joyce, remains the students and on providing quality education.

“The idea is to deliver the best lab experience possible,” Joyce said.