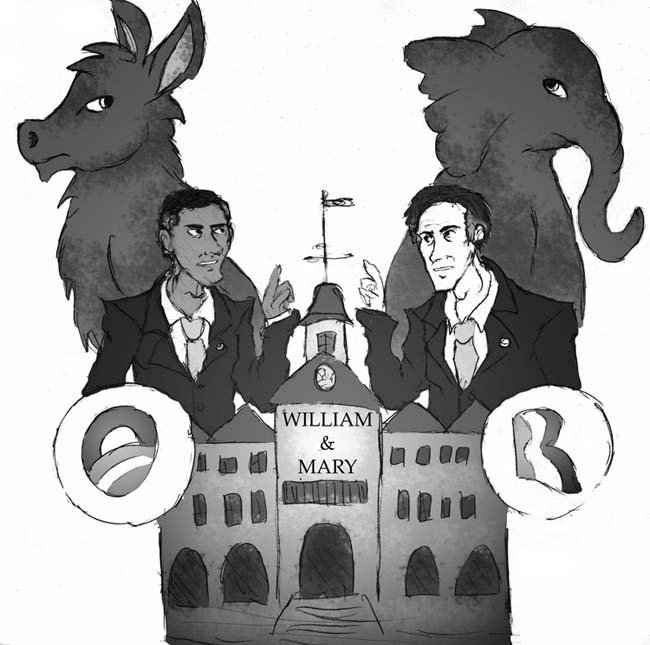 During these first few weeks of the semester, students at the College of William and Mary are busy adjusting to new living arrangements, more socially acceptable wake-up times and the trek across the trip-inducing brick pathways. However, the coming weeks are also valuable for reasons relevant to us in a non-academic capacity.

This week, the Republican National Convention is taking place, followed by the Democratic National Convention starting next Tuesday, Sept. 4. While many of us consider ourselves staunch supporters of one camp over another, I would highly encourage you to watch coverage of both conventions. Try to put aside any preconceived notions and stereotyped views of either party’s platform, and tune into these events with an open mind.

Over the summer, we were bombarded with advertisements from both sides vying to “sell” us a candidate. However, the conventions give us a rare opportunity to dive deeper than the surface-level information such advertisements present. Essentially, the conventions are huge, informational pep rallies with leaders of both parties voicing their opinions, beliefs and visions.

The conventions remind us that this election is about more than two men competing for the White House. The outcome of this race is essentially a referendum about how Americans feel regarding the roles and responsibilities of government. This fundamental concept is something which our own Thomas Jefferson grappled with over 200 years ago when he wrote: “The policy of American government is to leave their citizens free, neither restraining them nor aiding them in their pursuits.” Casting a vote this year is voicing your opinion about the principles upon which our government was founded and about modern-day pragmatism. It is about our country’s fiscal responsibility and also about our role as a promoter of freedom across the world.

For many of us, this is going to be the first presidential election in which we are able to vote and an exciting opportunity to help determine the future of our country. In the near future, we will be living and working independently outside the security of the College’s walls. Some brave graduates will take the risks necessary to build their own businesses. Others will use their expertise and compassion to work in the medical field. All of us will be looking for places to call our new homes, paying taxes, buying goods and services, and working hard to forge our own paths. Policies related to the economy, healthcare, small businesses and government spending are key issues in this election and will influence our lives on a personal level.

So, between your club informational meetings, Swemming and Pinterest breaks, I encourage you to catch the coverage of both conventions, either through online streaming or on television. Gather your friends from both sides of the political spectrum and watch together. A healthy debate strengthens your own views and opens your mind to other perspectives.

Even after the conventions are over, challenge yourself to become an election wonk. Look up videos and texts of speeches and watch the debates. Above all, strive to consider the beliefs and goals of each party straight from the sources, bypassing the re-packaged, skewed versions that are too often spoon-fed to us by various media sources. Besides, when again will procrastination have the potential to be so constructive and patriotic?