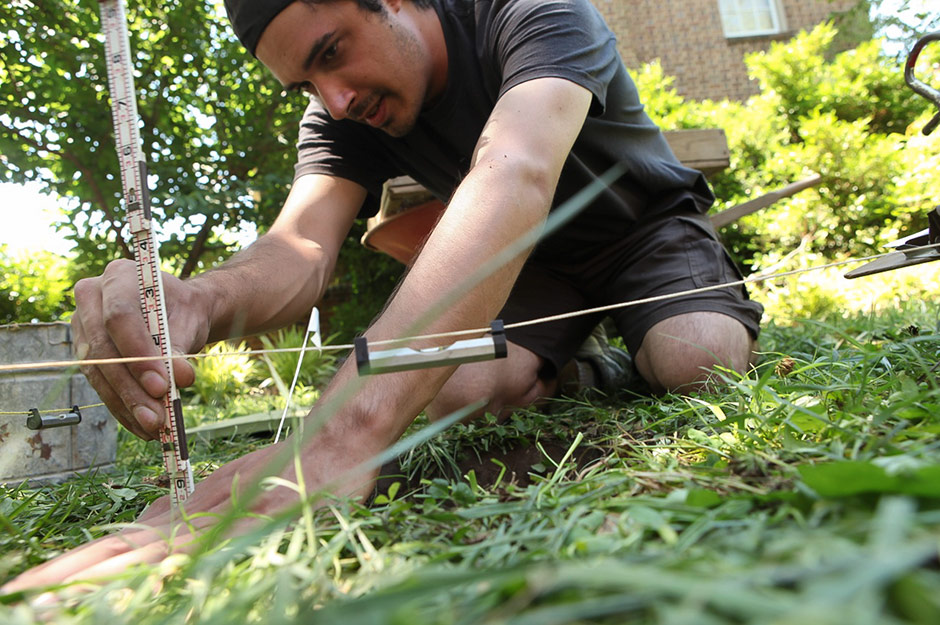 There is no shortage of historical artifacts beneath the College of William and Mary grounds, and the newest discovery involves the College’s complicated history with slavery.

After hours of research and field work over the summer, a joint College and Colonial Williamsburg effort is close to determining the fate of the earliest school for African Americans.

“It was nice to do something outside of my major,” public policy major Steven Morley ’13 said. “It was just really exciting to find anything. Then you have a mystery because you don’t know if what you found was from the era. And if you did [find something], then you added to the theory that the school was there.”

The journey began eight years ago when English professor Terry Meyers, the driving force behind the project, read about a Williamsburg house rented out to an England-based charity, the Associates of Dr. Bray, for the purpose of educating African American children. The school operated from 1760 to approximately 1774, and over the next two centuries, the building underwent several renovations and a move before disappearing from the historical record.

“One of the things that interested me was the possibility that the structure had been used for the religious education of black children, both free and enslaved, and then I discovered the College had sent two of its children to the school after it moved,” Meyers said. “The two children were named Adam and Fanny, and suddenly, slavery at the College had a face.”

Meyers traced the building’s location to the current Military Science building. Through the efforts of the Bray School Archaeological Project, supervised by assistant professor of anthropology Neil Norman and Colonial Williamsburg Foundation archaeologist Mark Kostro, an excavation over the summer turned up fragments of slate pencils, marbles and dolls.

“Nothing definitive yet, but all of these things point to children being around the site,” Norman said. “Hopefully we’ll find enough supporting material underneath the structure next summer to support the hypothesis.”

Morley, who discovered marbles and bullets during the initial dig, was excited to hear rumors that digging under Brown Hall might occur.

“They’ll have another joint field school between Colonial Williamsburg and the College next summer if everything works out properly,” Meyers said. “Eventually the ROTC building will have to be moved since Prince George Street is slated for redevelopment by the city, and I think CW would like to do a close analysis when they do, [so] that they’ll probably get into a tighter examination and look for evidence that could suggest there was a school there. There might be more slate pencils, more pins and needles. … I just don’t know what they might find there.”

The College has made previous efforts to come to terms with its past affiliations with slavery. In 2009, the Board of Visitors formally acknowledged the College “owned and exploited slave labor from its founding to the Civil War; and that it had failed to take a stand against segregation during the Jim Crow Era.” The College established the Lemon Project shortly afterwards to examine and interpret the histories of slaves who worked at the College.

The further unearthing of the Bray School’s foundations, Meyers claims, can help contribute to that ongoing dialogue.

“It’s not a matter of making up for it … I think it’s a more nuanced and complicated history than people assume,” Meyers said. “I think in fact, as we’re going to discover, the relationship of slavery to the College is very complex.”