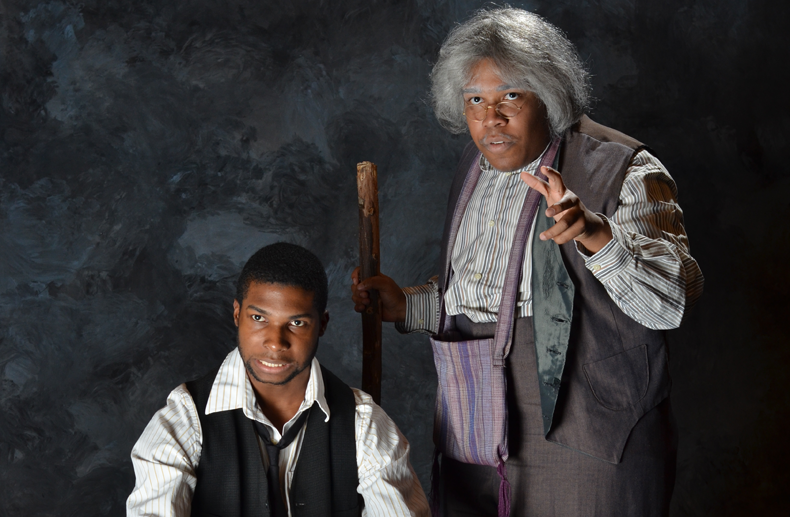 It becomes clear by the midpoint of August Wilson’s “Joe Turner’s Come and Gone” that not every character will find what he or she is looking for. In Artisia Green’s ’00 production, set in a 1911 Pittsburg boardinghouse, the motivation for the journey is much more significant than the destination.

Enter Seth Holly, the owner of the boardinghouse, played with self-assured frugality by Jamar Jones ’13. He runs the day-to-day activities of the residence and charges $2 daily for lodging and food. The residents themselves are either freed slaves or the offspring of emancipated black individuals. In either case, the scars of slavery are still fresh and weigh heavily on the boardinghouse and its visitors.

The setting provides an efficient means for jamming an assortment of unique personalities together at one dining room table. Fair warning: leave your appetite for Southern cooking at home, because the show’s constant talk of biscuits, grits and gravy will cause your stomach to growl louder than the booming voice of Christopher Richardson ’13. Richardson plays Bynum Walker, an elderly conjurer who seems to be happiest when the story delves into the supernatural, which, surprisingly, it does. Richardson’s deep and sonorous voice, seemingly made for the stage, is by far the liveliest aspect of the show. Sometimes he hums quietly at the dining room table, but most of his performance is spent bellowing the lines of a thumping call and response.

The narrative moves along pleasantly enough until the arrival of Herald Loomis, played by BJ Minor ’13, who casts a dark pall over the residents of the boardinghouse. He has an 11-year-old daughter with him and, upon his entrance, states that he is searching for his wife. Minor plays Loomis with the dreariness of one who has been condemned, and his voice, raspy and tremulous, serves as a sharp contrast to Richardson’s clear-cut tones. This distinction serves quite nicely when the two characters converge at the end of Act One. Aided by the fantastical properties of the set itself, Minor, on his knees protesting to the heavens, and Richardson, rhythmically stamping his voodoo stave, both work to deliver the most powerful moment of the play.

Every character, whether it’s Loomis searching for his wife or the flighty Jeremy Furlow (Nathan Alston ’13) seeking a casual female companion, is on a journey to find something or someone.  This mirrors the plight of the freed black man of the early 20th century who, while facing a society that has recently treated him so harshly, must forge a new identity.

Clearly, though, racism still lingers in the society. The sole white role is played by Ryan Warsing ’15, who slouches across the stage, exhibiting the most consistent accent throughout the production. He plays the delightfully named Rutherford Selig, whose eccentric exterior masks his inner waywardness. Selig is a self-identified People Finder, the son of a man who hunted down runaway slaves. Selig spurs along the plot concerning Loomis’ wife, without losing the dark subtext of tracking down another human. This talent is counterbalanced by the conjurer, Bynum, who has the unique ability of binding two people together through the power of a mystical melody. Music, on the whole, seems to define characters in the play. Bynum tells Loomis that he needs to “find his song” because without it, life has no purpose.

However, the most animated moment in the play comes when the assembled cast performs a juba — an African call and response — on stage. Richardson, so invested in his role, leads his fellow actors in a jubilant expression of emotion. He stamps his feet on the ground, roaring notes of spiritual fervor, while the other actors dance around the set. This is clearly when the cast is having the most fun, and it has a way of infecting the audience with merriment.

For all its strengths, the play has its fair share of weaknesses. A few of the subplots within the sprawling cast get lost in the mix, and an introduction of a character in the last scene of the play doesn’t help matters.

There are at least a couple of truly profound moments in the production, and the curtain call is simply unrivaled. The actors take their bow and, in character, form a tableau vivant around the stage before breaking into another call and response. The cast exits the stage in a triumphant procession, and even as the sounds of the juba echo to an inevitable halt, it leaves the audience desperately wanting more. The show opened last night and will run through this Sunday.