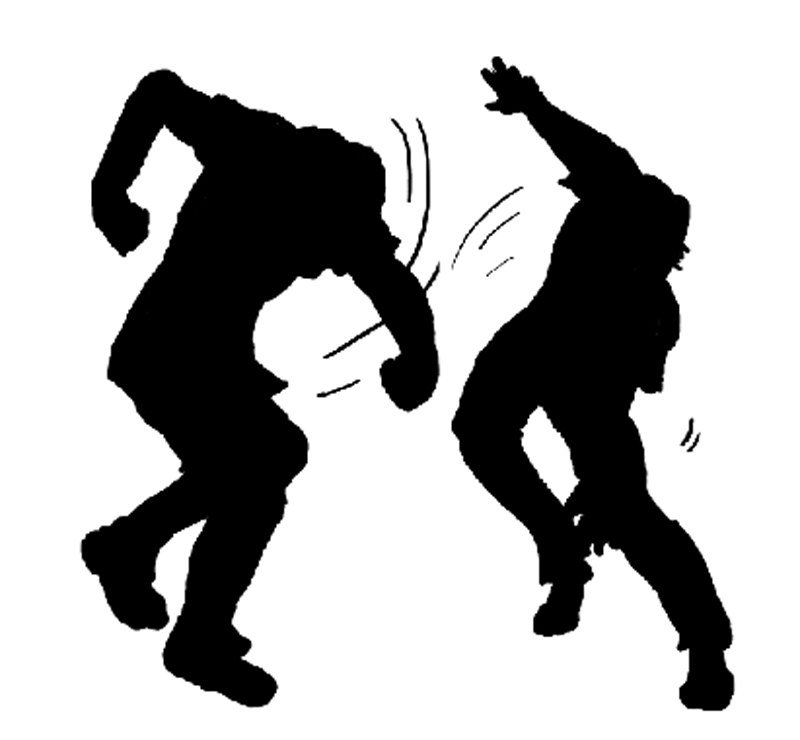 For Joe Corrigan ’15, the entertainment business is a family affair. With various relatives who have worked on movie and television sets as stuntmen — and more recently as stunt coordinators — for years, he has essentially been learning the ins and outs of the film and television industries since childhood.

“My dad is a stuntman, as well as my uncle, so as I’ve been growing up, they’ve been telling me what it’s like when they work and they give me tips on how to behave on set,” Joe said. “I’ve learned through them.”

This knowledge came in handy when  Joe was given the opportunity to work as a stuntman on “The Perks of Being a Wallflower” which was released in September.

“My uncle was the stunt coordinator, and so I was hired through him, and he fit me into a cafeteria fight scene,” he said. “I haven’t seen the movie yet, but what we did when we were shooting it was that I kind of wrestled a guy off, and I got punched in the throat. I just followed my uncle’s instructions and was under his guidance. I got a stunt contract, so that allowed me to join the Screen Actors Guild Union.”

After working on the movie, Joe was  hired for several other shoots: he will appear in the film “Lincoln,” which will be released toward the end of the year and in episodes of two television shows — “Made in Jersey” and “House of Cards.”

He emphasized that the projects he has worked on so far — which were shot in Pittsburgh, Richmond, Staten Island and Baltimore, respectively — were completely different, each with its own specific tasks.

“It’s been different every time,” he said. “I’ve played a cop, I’ve played a football player, and I played a Confederate soldier in ‘Lincoln.’”

In addition to portraying different roles, stuntmen can have very diverse jobs depending on the nature of the set and on what the actors are doing; they often handle scenes with cars, bikes, heights and water.

Sophia Corrigan ’13, Joe’s sister, explained that both she and her brother have learned from their father and uncle that more work goes into planning the scenes with these elements than the typical audience member may recognize when watching the action on screen.

“For instance, when you have a driving scene, even just a normal scene where you’re getting into a taxi, you have to plan out every car that’s driving by,” she said. “So my dad used to take the little toy cars, like the Hot Wheels you’d play with on the tracks when you were a little kid, and he’d map them out on the sidewalk. … If someone has to climb a ladder, they have to have a stunt double and people supporting the ladder. If there’s a water scene, they have to have people in wetsuits below the actor and people making sure that nothing happens.”

Joe added that the job is not always easy, depending on what kind of scene is being shot.

“It got pretty hard when I was working on ‘Lincoln’ because it was a Civil War battle scene and we were fighting in knee-deep water pits and just kind of falling all over the place,” he said. “It was just really messy and really wet and cold.”

At the same time, he said he prefers longer work days.

“I always hope that I work as long as possible because once you go over eight hours, you start getting paid time and a half and then double time.”

Receiving a stunt credit for your work is another way to increase the amount of money you make on a given project. When Joe was approached about “The Perks of Being a Wallflower,” he didn’t know if he would be able to receive stunt credit  but ended up with the credit as well as a Screen Actors Guild card.

“Basically, they were like, ‘We need to punch someone,’ and of course he was like, ‘Punch me, punch me,’ because once you get a stunt credit, you get a lot more money, and you get a SAG card,” Sophia said. “It worked out that he had to get punched. He had to act part of it, of course, because they don’t actually hit people, so you have to fake it. I saw the movie and I actually thought he did a really good job.”

She added that she was excited to see her brother in the movie and that she was very impressed with the entire production of “Perks of Being a Wallflower.”

“Just the whole premise of being a wallflower and being active in your own life versus watching people live their lives and kind of living through them — it was just really interesting,” she said. “The acting was so good; it was also obviously really exciting to see my brother. I was with three of my friends, and we were all like ‘Oh my gosh, look, look, look,’ and we were bouncing up and down in our seats, and everyone around us probably thought we were crazy.”

Joe agreed that being part of the film was an exciting experience.

“I met Emma Watson, and she was nice,” he said. “It’s a fun job. You just follow instructions, be quiet, give the director what he wants, be willing to do things multiple times over and over until you get it right, and just be able to change on the fly or change quickly and follow instructions.”

Along with working on sets and trying to get hired for more projects, Joe has also been learning the ropes at the College of William and Mary, where he transferred this fall after a year at Old Dominion University. He explained that because his major is still undecided, he’s taking whatever classes interest him and playing basketball in his free time.

“I like my professors, and everyone here is very friendly,” he said. “[After college] I want to continue to work in New York and continue to play basketball and travel.”

Sophia said that in her opinion, Joe is definitely a unique student at the College.

“He’s taking classes that he’s interested in, not necessarily classes that are leading him toward a major, and I think that’s different from most students here,” she said.

She said he stands out because of his experiences and his ideas.

“He’s not your average William and Mary student,” she said.