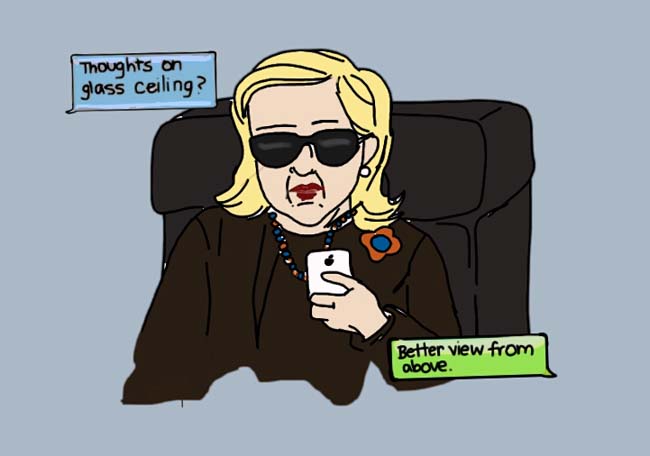 At the College of William and Mary — sheltered from the real world by brick walls — we often take for granted that society has moved past discrimination in all forms, that the glass ceiling has been shattered. A recent study conducted by the American Association of University Women, “Graduating to a Pay Gap,” found differently. The study compared the salaries of men and women after the first year of their careers — taking into account the amount of time they were working, the career itself and other influential factors — and found that women earned, on average, 7 percent less than their male peers. Students should be aware of this disparity and how they are perceived in the workforce so they can work to dismantle this pay gap.

Women traditionally have been undervalued in the workforce due to their historical roles as homemakers. The study from the AAUW is particularly significant because it followed first-year college graduates. As Bloomberg Businessweek reported last spring, the average woman does not get married until the age 26.5, which renders this possible reason for the pay gap obsolete for the participants in the AAUW study.

Women are continuing to fight against this stereotype so their work will be valued as much as men. While most students at the College probably do not think about this issue everyday — after all, we have all arrived at the College and been told that we can go on to attain extraordinary accomplishments after graduation — if we continue to ignore this issue, we are only aiding the perpetuation of an inequality.

Categorizing this disparity as “sexism” seems to oversimplify this complex issue. Many companies are likely not intentionally paying female employees less than their male counterparts; rather, in all likelihood, women are not asking for as high of salaries as men. Education is necessary in order to ensure all female graduates of the College know exactly what they should be demanding before they accept their first job.

We believe the Sherman and Gloria H. Cohen Career Center could help students at the College by conducting surveys of College alumni one year after graduation to gain information about their salaries. The College could then use this data to better understand how this issue is affecting its graduates. This information would also show which careers have the most inequalities and help women pursuing those jobs prepare to argue for their worth as an employee.

The Career Center could also partner with other women’s organizations on campus such as the PanHellenic Council and the Mason School of Business’s Women in Business to provide campus programming to prepare female students for entering the workforce.

Female students at the College have a responsibility to research these pay gaps for themselves — simple online research can tell them what the average salary of a particular profession is in a certain geographic area. Networking and inquiring about salaries is an important way to combat this issue.

The underlying dilemma is that women are disadvantaged in the workforce due to their gender. The College community has a responsibility to counteract this problem by educating students about these issues.