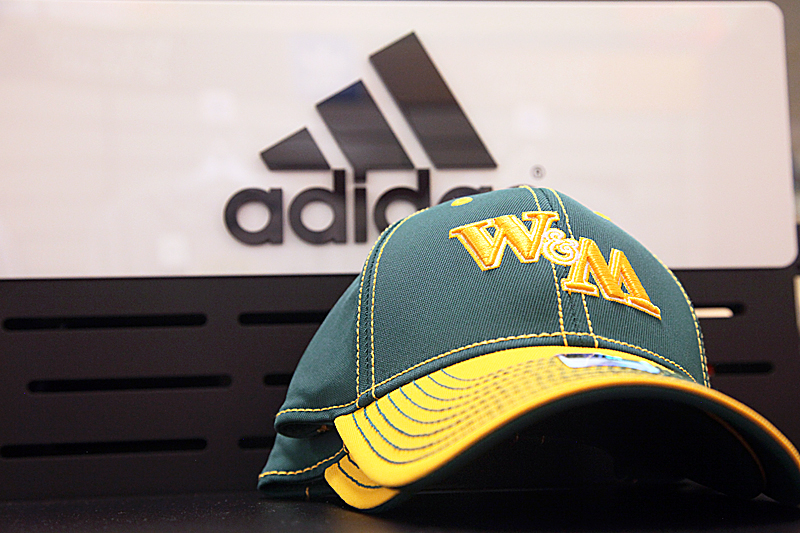 Adidas apparel will soon disappear from the racks of the College of William and Mary Bookstore.

The College officially terminated its contract with adidas in a letter sent Jan. 4. The termination marks the first time the College has ended a contract with a company due to labor rights issues.

With the contract terminated, adidas apparel bearing any logo of the College will be removed from the College bookstore, clearing out adidas’ concept shop. According to Interim Director of Auxiliary Service John Byxbe, the College is currently looking at other vendors to fill the spot.

In 2006, the College became a member of the Worker Rights Consortium. The group monitors the labor practices of factories that produce university apparel and notifies the College if any vendor has potentially violated the College’s Licensing Code of Conduct.

In January 2012, the WRC started monitoring a potential issue at a factory, PT Kizone, in Tangerang, Indonesia. The factory’s owner left the country unexpectedly in January 2012, but the factory remained open for several months. The companies eventually closed the factory in April 2012 and left 2,800 workers without jobs or severance pay.

Two of the three key buyers of the factory, Nike and the Dallas Cowboys, paid $500,000 and $55,000 worth of severance pay to workers. The third key buyer, adidas, failed to pay its share of the severance pay, $1.8 million, and offered food vouchers instead. Workers refused the vouchers since they fail to help the workers repay debts, afford school fees or cover their rents.

“The only way to prevent those sorts of disasters and more mundane forms of exploitation is to require that brand label companies like adidas hold their subcontractors to decent standards,” history professor and chair of the Licensing Code of Conduct Committee Cindy Hahamovitch said in an email. “If we don’t, we’re just as culpable as adidas for the consequences.”

The Licensing Code of Conduct Committee met Oct. 19 to discuss the possible violations of the College’s Code of Conduct regarding companies that manufacture or produce licensed articles that bear the name, trademarks or images of the College. At the meeting, the committee voted unanimously to terminate the contract after giving the company a 30-day warning period.

Since this was the first time the College declared a licensee in violation of its Code of Conduct, the committee carefully checked the proper protocol with Scott Nova of the WRC and chief compliance officer at the College, Kiersten Boyce.

“The committee’s biggest goal is to set precedent for future cases,” committee member Grace Martini ’14 said. “There was no doubt, based on the WRC, that adidas was in violation of our Code of Conduct. I think it was tough because there was this grey area about who is to cross-check that with legal services, who is to write that letter, and how that process works.”

Bxybe sent the letter, which stated that since the College received no corrective action from adidas within 10 business days, the contract was officially terminated.

“If the WRC determines that Adidas has moved forward with corrective measures in the future relative to labor code violations, then reinstatement will be considered,” Byxbe said in the letter to adidas.

The Licensing Code of Conduct committee, composed of students, faculty and administrators, was formed in 2007, when students requested that a committee be formed to monitor any social injustices in companies affiliated with the College. The committee works to monitor Code of Conduct violations.

As the first termination of a contract with a licensee, the letter stated the College’s intent to hold its licensees to the standards outlined in the Code of Conduct.

“Members of the WM community can still buy all the Adidas products they want, of course; they just won’t find them with the WM logo on them,” Hahamovitch said. “Who would want William & Mary associated with companies that don’t pay death benefits to workers or that close factories without paying severance pay? Adidas committed to doing those things; all we’re doing is holding them to that commitment.”