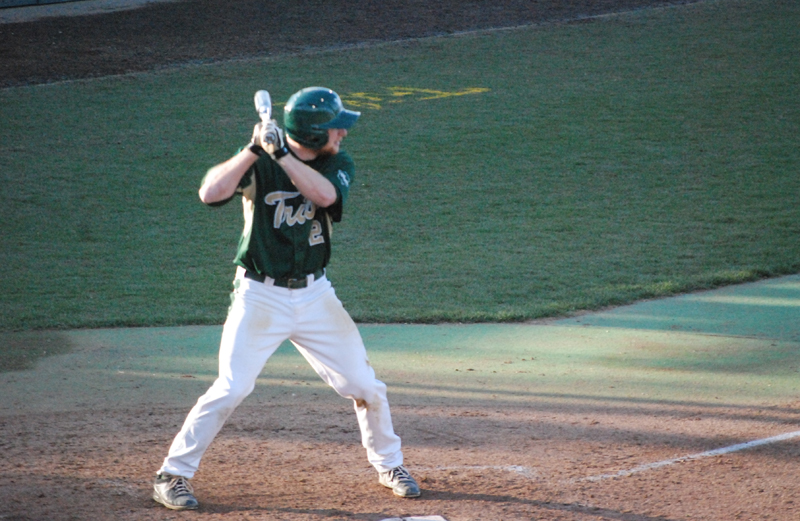 A season of ups and downs took another turn in Newark as William and Mary took two of three from conference foe Delaware. The College (12-8, 2-1 CAA) dropped Friday’s contest 20-3 before posting wins Saturday and Sunday, 9-0 and 4-2, respectively.

The Tribe entered its first series against a Colonial Athletic Association opponent, facing Delaware (10-8, 3-3 CAA), another team hovering around the .500 mark for most of the season.

With the game out of hand, freshmen pitchers Aaron Fernandez, Andrew White and David Belt combined to give up four earned runs on nine hits as Delaware added on eight runs in the final three innings.

Offensively, the story wasn’t much better. The College recorded eight hits compared to Delaware’s 22. One run came in the first inning, with the final two coming against the Blue Hens’ backups in the top of the ninth inning.  Junior second baseman Ryan Lindemuth managed two hits in four at-bats, scoring one run.

Defensively, the College committed five errors in the game. But, Pinzino rallied his troops for the following afternoon’s match.

Sophomore pitcher J.T. Castner preserved Farrell’s shutout in a tense ninth inning to even the series at 1-1.

In contrast to Friday, the College had no errors Saturday while the Blue Hens committed three. The offense also improved as the Tribe’s six-run seventh inning broke open a previously 1-0 game.

Klein finished what he started, hitting an infield groundout to plate the Tribe’s final runs of the day.

The teams took to the diamond Sunday to decide the third game and the end of the series, each aiming to escape with two wins. Once again, the seventh inning proved crucial, as the College scored two runs in the frame to win 4-2.

After scoring two runs in the fourth, Delaware struck back with a run in the bottom of the inning. Clinging to a 2-1 advantage, Lindemuth hit a single to right field before scoring off Shaw’s single. A throwing error by Delaware’s pitcher Matt Soren allowed the College to pick up its fourth and final run.

The Tribe returns to Williamsburg Wednesday to face Longwood at Plumeri Park.