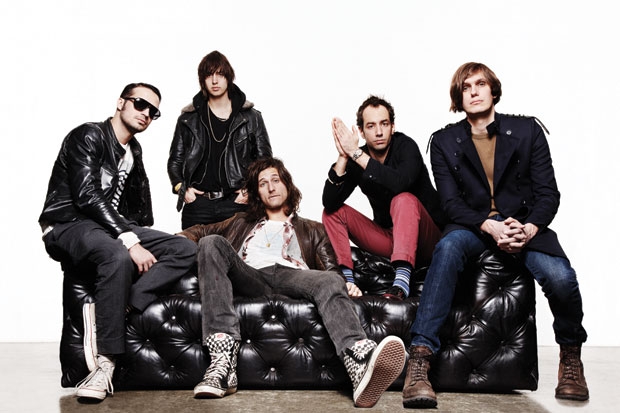 The year was 2001. The city was New York. Packed inside the dimly lit music venue known as Arlene’s Grocery on the Lower East Side, throngs of Jameson-toting indie scenesters started to push and shove in hopes of getting a coveted spot close to the stage. The band playing, five wealthy 20-somethings with leather jackets and nonchalant demeanors, had recently gotten enough press to make Rudy Giuliani’s PR team jealous.

Five minutes into the set list it was easy to see why: The gritty voice of the lead singer, the memorable guitar riffs, the clear primal energy and the remarkably sentimental lyrics were entrancing. It was clear that the genre of music for a new millennium was born. It was the post-punk revival and the band that led it was The Strokes.

It’s been 12 years since then, and much has changed. They released three follow-up albums. Some were reviewed favorably, others not. A five-year hiatus occurred. The rhythm guitarist went to rehab. Breakup rumors ran rampant. Still, upon the news of a fifth album being released March 26, dubbed “Comedown Machine,” fans rejoiced.

Clocking in at 38 minutes, “Comedown Machine” is the biggest deviation from the band’s original gritty-rock, universally praised debut “Is This It?” and their equally well received follow-up “Room On Fire.” Their signature sound is supplanted by  various production techniques typically found in eighties synth-pop music, including experimentation with electric keyboards and MIDI electronic samples. Sounding closer to lead-singer Julian Casablancas’ electronic-heavy solo album “Phrazes For The Young” than any previous Strokes record, it’s easy to see why long-time fans would be dissatisfied with this LP.

At the same time, there are a few tracks on the album that satisfy old taste buds as well as garnish a new fan base. The leading single, “All The Time,” sounds like an unreleased bonus track from “Room on Fire” — a real treat. Casablancas, back to his usual vocal chops after much experimentation with a barely-recognizable falsetto (consult the ill-fated “One Way Trigger”) croons “You’re livin’ it up, you’re livin’ a lie / You’re living too fast, you gotta pray for the best.”

Then things get a bit strange. “80s Comedown Machine” and “Chances” create an unfortunately dreary aura, opting for sluggish dream-pop that could easily double as background music at a yoga retreat in Big Sur. “Happy Ending” sounds like something the Bee Gees would have had fun recording back in the day, while “Call It Fate, Call It Karma” ends the album on a slow and confusing note — a far cry from “Take It Or Leave It,” the masterpiece that closed “Is This It?” Comparing the two tracks, an uneducated listener would never know they’re from the same band.

“Comedown Machine” is an average album — there’s no better way to say it. Fans who want another “Is This It?” or “Room on Fire” will most certainly be disappointed, while others may enjoy the new source of eighties-pop inspiration. It’s fun, casual and downright confusing. Yet, knowing the Strokes’ fan base, they are already counting down the days until the release of album number six.