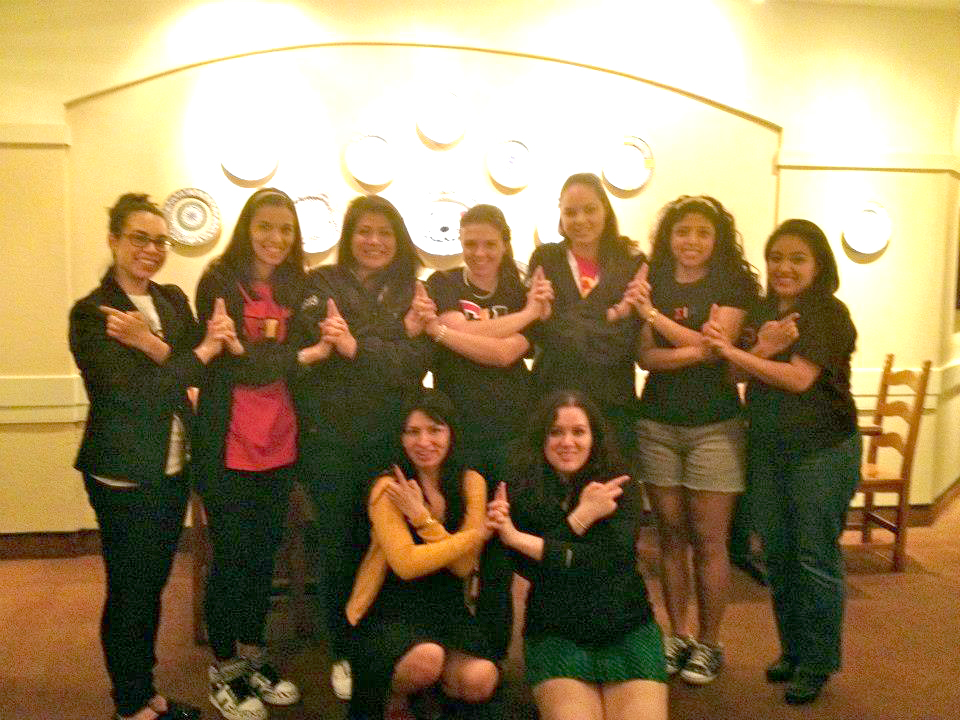 Latina heritage brought the nine girls together. Some met on their freshman halls while others met in classes, but their common cultural background served as a point of connection. The nine quickly became friends and, April 7, became the founding members of the first Latina sorority at the College of William and Mary.

The new colony of Sigma Iota Alpha, a member of the National Association for Latino Fraternal Organizations, started as part of the Latina culture-based group Chicas Latinas Unidas last semester.

Initially, the group worked to choose between two sororities within NALFO: SIA and Sigma Lambda Upsilon. They eventually chose SIA and have since worked to bring the service-oriented Latina sorority to campus.

“When we met the SIA hermanas, we thought this was definitely what we wanted to do,” Almendra Terrones ’15 said.

The group cited SIA’s strong emphasis on cultural awareness as one reason the group chose the sorority.

“As young Latino women on their campus, their main goal is to bring a cultural voice to campus and to build a stronger voice for the growing Latino population on campus,” National President of SIA Cristina Luna said. “One of our goals is promoting cultural awareness. I think that’s where they connected with us.”

Established in September 1990, SIA is a relatively young organization. SIA member Alexandra Court ’15 noted that this, coupled with the small size of the sorority, has made it easier to connect with leaders in the organization.

“I think that was one of the reasons that we chose SIA in particular: It’s still relatively new, we’re still trying to increase member size, but you really get to know everyone within the sorority on a more national level,” Court said. “We’ve communicated with sisters who live in California; hermanas have reached out to us to give us support from all around the nation.”

The colony of SIA will split from its founding group, CLU, but may work with CLU to bring Latina-based cultural events to campus.

“We know CLU was very involved in community service, so that’s definitely things that we’re looking to continue,” Terrones said.

Last semester, CLU hosted a dance night as well as other cultural events. Members of the group and national organization both stressed that SIA plans to bring more speakers to campus and to host more cultural and food events at the College.

“We’ll add a different dynamic to the long-standing Greek life at the College of William and Mary,” Luna said. “I think their presence on campus with educational programming will definitely have an impact with students on campus, Latino or not.”

Members will host interest meetings at the beginning of next semester. To join SIA, interested students must meet GPA requirements, so freshmen must wait until their sophomore year to join, but members hope to encourage freshmen to participate in the cultural events.

“William and Mary’s diverse community is growing and this way we’ll be able to attract freshmen and other people that don’t see themselves in different sororities,” Terrones said.

According to the current members of the group, the colony’s reception as a new minority sorority on campus has been generally positive, especially from other minority sororities.

“A lot of [members of other minority sororities] have made the effort to come up to me, even if they don’t know me, to congratulate me,” Court said. “It feels really good to know that they’re out there and they’re recognizing us.” 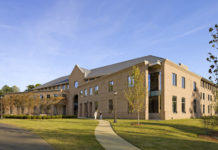