Today I sat with Raghda Aboulatta, a sophomore here at the College of William and Mary. Raghda spent her first semester last year at George Mason University and transferred to the College last spring. She is majoring in public policy. Raghda started off by telling me about her connections with Egypt. Her parents are both from a town near Cairo called El Munafaya. Raghda has been to Egypt a few times in her life, the last time being 10 years ago. Despite the lack of a recent venture, Raghda has been to Alexandria, the resort city of Sharm el-Sheikh and of course the ever important Cairo.

In Egypt, the most popular dish is called Koshary. It’s a relatively inexpensive street food which undoubtedly adds to its allure.

“It’s made of elbow macaroni with lentils, tomato sauce and has fried onions on top. You can even substitute pasta with rice. Even though Egyptian cuisine is my absolute favorite, I personally don’t really like Koshary to be honest,” Raghda said. Most Egyptian dishes consist of rice with vegetables such as okra, cauliflower and green beans. Common meats include chicken, lamb and even pigeon. Desserts are fairly vague; baklava is present but is not central to the Egyptian palate. Basboosa is a dish made of semolina, sour cream and sugar drizzled with sugar syrup. When most Americans think of Egypt, they tend to fantasize about its ancient history rather than understand what modern Egypt has to offer.

“I’ve never actually been to the Pyramids myself,” Raghda said.

Egyptian culture is very vibrant and nightlife is an important part of Sharm el-Sheikh’s routine. The bazaar-style markets are also a must see. There are bars in Egypt though they are fairly uncommon. Many people love to drink tea. Old men smoking Hookah, and playing dominos is a common sight.

It would of course be improper for me to write an Egyptian post without touching on what’s going on there these days, so I did just that.

“I like to keep up with what’s going on over there. A lot of my Egyptian friends are also very passionate. I want to know why things are the way they are. I always identify myself as a Muslim and then an Egyptian and thirdly an Arab. As such, Egyptian politics, and politics in general, really interest me and I realize the importance and therefore try to stay informed,” Raghda said. She told me about the steps necessary to get democracy on the ground and to relieve the Egyptian people of their woes, nonviolently if possible. It hit Raghda especially hard when she learned of the violence that was occurring during the holy month of Ramadan this past July.

“With regard to Morsi, I feel he doesn’t really care about the Egyptian people as he never did what he said he would do,” Raghda said. Raghda’s parents are very into the situation. “It’s always on TV or on the computer. My mom stands with the army as she feels that without the army, Egypt will lose itself. And like me she wants everything to be done peacefully. My dad is more ambiguous on with regard to his personal stance, but I’m sure he would discuss it with me if I ever asked,” Raghda said.

Raghda also gave me an introduction on the sentiments of Egyptians and Egyptian Americans towards Israel.

“From what I’ve observed, Egyptian Americans aren’t particularly hostile towards the country. They may disagree with its policies, but there is general respect for Israel’s people and culture. In Egypt itself, it’s a little different. You have those, the minority, which are against everything Israel stands for and who want something to be done about it but most Egyptians are not prejudiced and certainly do not get angered when the subject is brought up, they understand that they need to live in peace despite some old seated resentments that need to be solved,” Raghda said.

A lot is also to be said about the clout Egypt possesses with respect to the wider Arab world. Due to Egypt being the largest Arab-speaking country in the world, its media has been very persuasive.
“The Moroccan Arabic house tutor can understand me perfectly when I speak Egyptian Arabic even though she cannot speak it herself. She listens to the music and watches Egyptian movies and TV shows,” said Raghda.

That is not to say everyone from every Arab country can comprehend the Egyptian dialect, rather it is to say that the fact that Egypt’s media is so omnipresent speaks volume to how important Egypt is to the Middle East.

“Egyptians are a really passionate and nice people, as lame as that sounds. The culture is very diverse and I think a lot of it is misunderstood. For example, the Christian and Muslim feuds are way overblown and in general the two groups actually live peacefully. There are certain people that initiate things and cause problems which escalate enough to make headlines,” Raghda said. 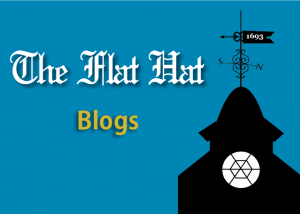