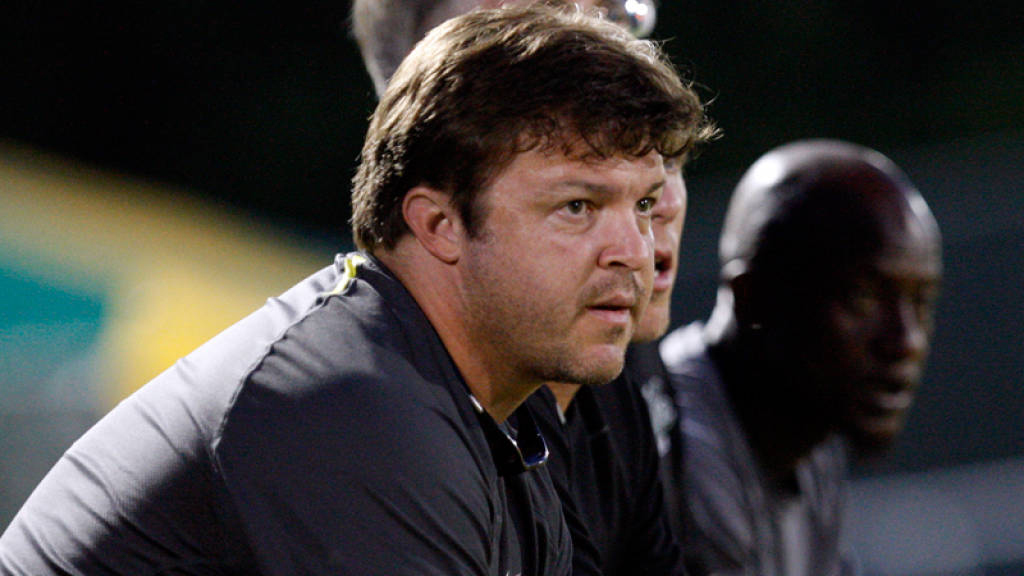 This wasn’t a miracle. Forget Creighton’s No. 1 national ranking. Forget William and Mary’s losing record. There was no slingshot involved in Sunday’s epic win, just 11 men outplaying 11 other men, scrounging for each rebound, finishing each tackle, and playing smart soccer.

William and Mary (2-2-1) defeated No. 1 Creighton (4-1) in a 3-2 double-overtime thriller. Redshirt freshman Jeff Bombelles scored the game-winning goal in the 107th minute to deliver the Tribe into exultation. The stirring victory came after the Tribe tied Central Florida (1-1-2) in its first match of the weekend double-header.

“I was very pleased with the result,” head coach Chris Norris told Tribe Athletics. “I thought it was a very well-played college soccer match. It was an even game in terms of statistics and chances. It is always great to get a result against a top team like Creighton. Once we got down in the second half, I thought we picked up the tempo and played much stronger. In the end, I thought we deserved to get the equalizer and the winner.”

The victory over the Blue Jays marks the first time that the Tribe has upset a No. 1 squad since 2004, when it took down Maryland 1-0. The victory also improves coach Chris Norris’ record against top-ranked teams to an impressive 2-1-0.

In the opening match of the weekend, the Tribe battled Central Florida to a 0-0 draw at Old Dominion Soccer Complex in Norfolk, Va. The game was the first of the Stihl Soccer Classic hosted by ODU.

The Tribe entered the match looking to even its season record at .500. However, the Knights had different ideas as they battled the College throughout the entire 90 minutes and into two overtimes. The match featured many near-chances and close misses. The Tribe totaled 20 shots to the Knights’ 11 and also had an advantage in corners, 11-5.

The College’s tie against the Knights hardly foreshadowed its historic day against Creighton.

It would have been understandable if the Tribe had started slowly against the Blue Jays, perhaps being overawed by the reputation of its opponent. Instead, the College fought from the first minute. In the fourth minute, senior forward Chris Perez played a give-and-go to junior forward Josh West, who collected the ball and smashed it into the net to give the Tribe an early 1-0 lead.

The Blue Jays did not wait long to respond. In rapid succession, Creighton marched down the field and forward Sean Kim fed midfielder Marvin Iskra, who converted on an equalizer to make the score 1-1 in the 11th minute.

The score would remain even for the rest of the first half as the game turned into a possession battle at midfield. The Blue Jays maintained a 7-3 advantage in total shots, while also leading the match in shots on goal 3-1 in the first half.

However, the Tribe headed into halftime with the understanding that it could not only compete but win.

Starting off the second half, the College and Blue Jays traded shots as both teams struggled to gain an advantage. Creighton gained the lead in the 64th minute when midfielder Eric Miller fired a volley that was blocked but then fired back into the net by Kim off the rebound. Miller was credited with the assist.

The Blue Jays’ second goal left the Tribe without momentum and not much time against the No. 1 squad in the country.

The College turned to two of its most potent attackers in hopes of an equalizer. In the 82nd minute, sophomore forward Jackson Eskay found junior midfielder Chris Albiston just outside of the 18-yard box. Albiston then wiggled his way forward and ripped a firecracker into the net to tie the match 2-2. The goal was Albiston’s second of the season and tied him for the team lead. Eskay’s assist increased his season total to two, which gave him a share of the team lead for assists.

Neither the Tribe nor the Blue Jays could upend the stalemate over the last eight minutes of regulation, setting up a golden-goal overtime period

In the first overtime, the Tribe showed its increasing control over the game as it took the only five shots of the period. Eskay, as well as redshirt senior forward Ben Coffey and freshman forward Reilly Maw all had close shots, but were rejected by Blue Jay goalkeeper Alex Bolowich. The Blue Jays narrowly weathered the first overtime, still clinging to their No. 1 ranking.

In an effortless motion, Bombelles one-timed the ball into the net, sending the College to a momentous 3-2 victory. The celebration ensued.

Even with the severe rankings imbalance between the two teams, the upset did not come as a surprise as the match unfolded, and the game stats attest to this. Although the Blue Jays controlled the shot total in the first half, by the end of the game, the Tribe had caught up in total shots. The Blue Jays maintained only a slim 8-7 advantage in shots on target.

Sophomore Jackson Eskay, who notched six shots and one assist in Saturday’s win, was named the Colonial Athletic Association player of the week Monday.

The Tribe continues its five-match road trip Friday, Sept. 20 when it takes on Elon. The match is set to begin at 7:30 p.m.