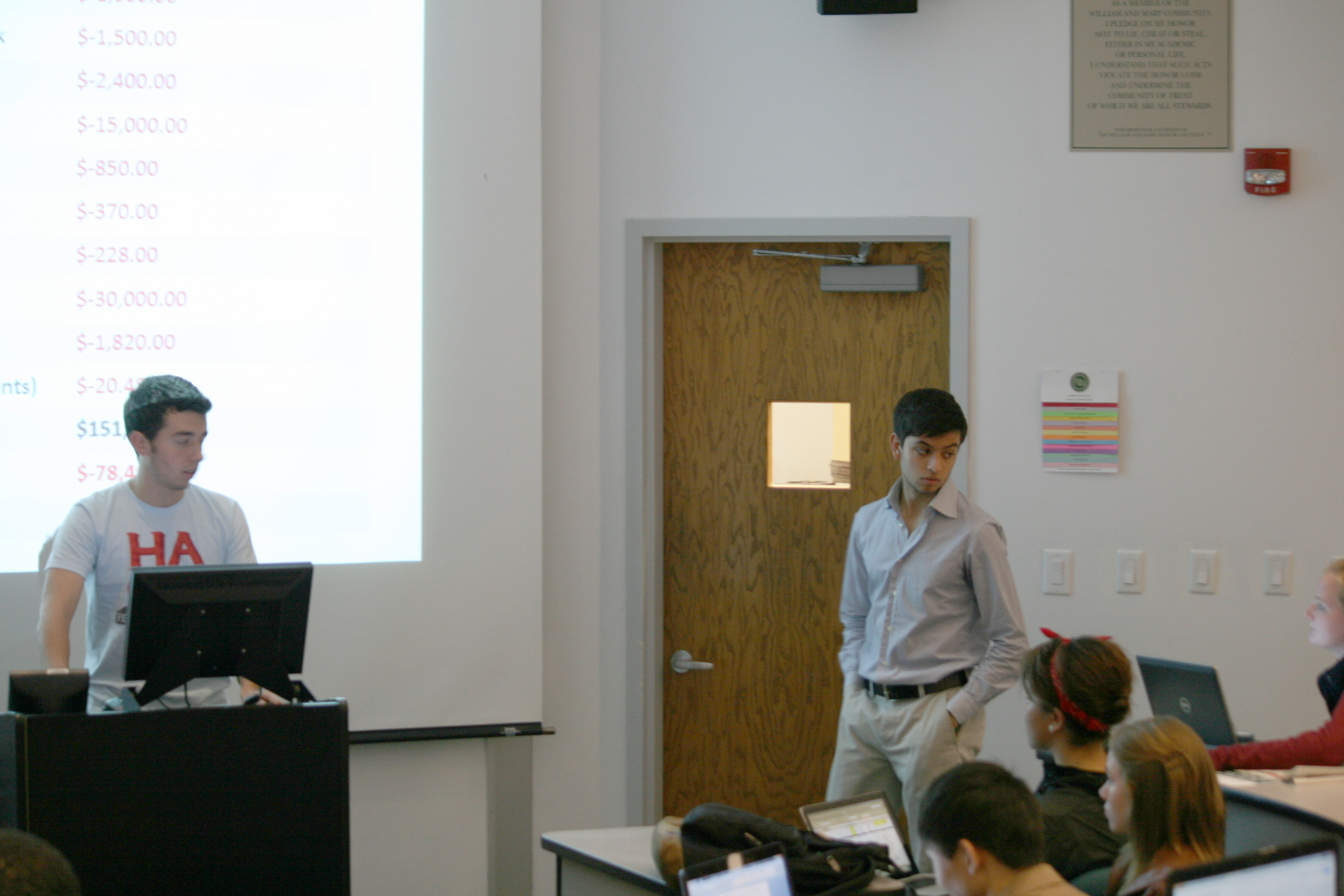 During Tuesday’s meeting, senators passed the Student Development Act, increasing the ratio of graduate to undergraduate student representatives on the Executive Appropriations Committee.

Senators raised concerns about whether the new one-to-two graduate to undergraduate member ratio would properly represent the College’s student body. Stone and Johnson made multiple adjustments to the bill to ensure a stable one-to-two ratio, including adding the ability to take away an undergraduate representative spot if one of the graduate spots is unable to be filled, thus maintaining the new ratio.

“I think we answered everyone’s objections, which [Sen.] Stone addressed in ‘legalese’ that covered all the bases,” Johnson said. “I think that was the difference. I think committees didn’t want to approve something that didn’t answer all of their questions.”

Senators also passed the Swem Snacks III Act Tuesday with only one ‘nay’ vote. The bill, introduced by Sen. Daniel Ackerman ’16, allocates $400 to the SA to provide healthy snacks Sunday nights in Earl Gregg Swem Library, beginning at 9 p.m., for four consecutive Sundays, beginning Nov. 17. Beyond providing snacks, the SA hopes to use these events to reach out to and interact with the student body.

Two previous Swem Snacks Act events took place during the 2012-13 year. Sen. Colin Danly ’15, a proponent of the bill, urged the SA to continue the tradition.

“I think that we should soon get ready for Swem Snacks IV for next semester,” Danly said. “I think this is a great way to be in students’ lives.”

Chairman Will McConnell ’14 announced at the meeting that he had appointed the Marshall-Wythe School of Law senate seat to serve as an at-large member on the executive committee.

“[McConnell] appointed our law school to the executive committee as an at-large spot,” Stone said. “It’s something we’re very excited about — helping out the College community as a whole.”

Ackerman debriefed the SA senate on the Spooktacular festivities that the SA sponsored over Halloween weekend.

“The Spooktacular was spectacular,” Ackerman said. “We canceled the concert because of the weather and we saved a little bit of money in the process … and it worked out very well. The petting zoo was awesome — a greater turnout than most of us were expecting, considering the weather.”