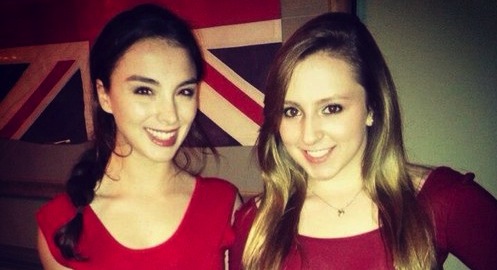 Camille Hughes ’14 — a former NYC Prep “Bravo-lebrity,” current neuroscience major at the College of William and Mary and active Tri Delta sister — began using Twitter her senior year of high school. Reluctant at the time, Hughes begrudgingly jumped on the bandwagon. Four years later, however, Hughes is now a seasoned member of the Twitter network.

Hughes frequents Twitter more than Facebook because Twitter curbs rants; tweeters only have 140 gripe-filled characters with which to get a point across. A connoisseur of complaint, Hughes uses Twitter as an outlet for protest and recounts of her hectic life.

“I probably tweet most about things I complain about or about ridiculous stuff that happens,” Hughes said.
Many of Hughes’ spiels concern her crusade against Williamsburg insects; bugs are not as much of an issue in her 11th floor New York City home.

Drawn to both humor and up-to-date news, Hughes’ own Twitter feed is populated mostly by comedians and scientists. Comedian Sam Grittner is one of Hughes’ favorite Twitter users to follow.

“The more light-hearted and non-political people can be, [the better],” Hughes said.

Hughes encourages people to join Twitter. And, as her days at the College peter out, she is considering completing the traditional College triathlon. So watch out, followers, for an exuberant tweet afterwards.