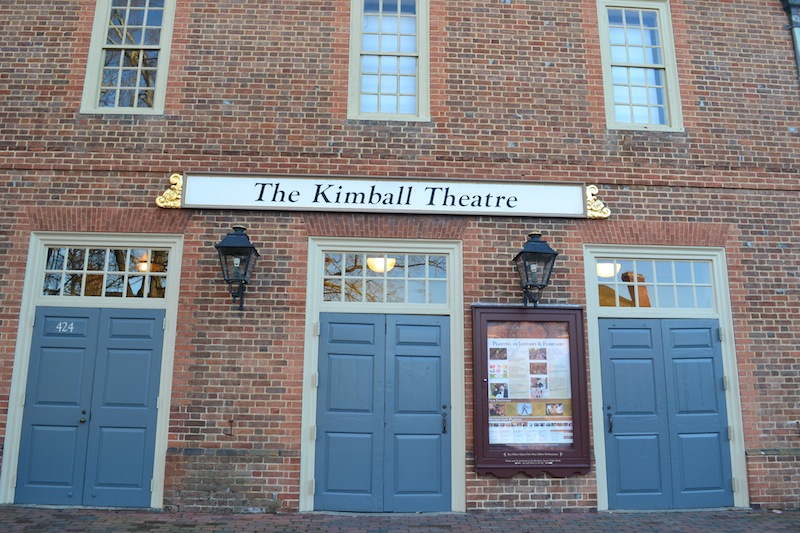 Blink and you miss it, and if you hit the Cheese Shop you’ve gone too far. With quaint gift shops, historic buildings and seemingly endless places to stop for a bite to eat, DoG Street is a tourist’s dream. For students at the College of William and Mary, however, there may be less appeal in eating out — again — or taking a tour of the Armoury. Maybe you are looking to fill a Friday evening, or just for an excuse to get out of the cold for a little while. Merchants Square’s answer for anyone looking for something to do is the Kimball Theater.

Tucked neatly between Scotland House, Ltd. and Chico’s, the brick building that houses the Kimball Theater blends aptly into its surroundings, but provides a significantly more diverse and less touristy experience. For prices significantly lower than those of most local movie theaters, student theater-goers can enjoy a variety of films and live performances.

Those who crave the adrenaline and honesty of live performance will not be disappointed by the Kimball. The Williamsburg Symphonia will be performing Monday, Jan. 28 and Tuesday, Jan. 29. The Botetourt Chamber Singers will be giving a benefit concert Saturday, Feb. 8. For the history buff who is more interested in Thomas Jefferson than in Tchaikovsky, the Kimball will be hosting “An Evening with the Presidents: The Roles and Relationship of the Executive to the Legislative Branch,” a mock discussion between George Washington, Thomas Jefferson and James Madison about their interactions with Congress during their time.

Students with a Collegiate Pass from Colonial Williamsburg are entitled to certain discounts on Kimball Theater tickets, and James Monroe Scholars may purchase discounted tickets in the Roy R. Charles Center. Take it easy on the Cheese Shop and make sure to check out Kimball Theater on your next stroll down DoG Street.