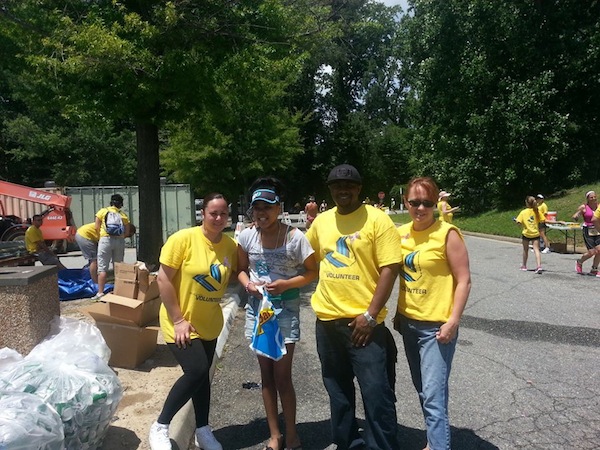 Angela Mason spends most nights in her daughter’s room, listening carefully to the sound of the 12-year-old’s breathing. According to Mason, a member of the College of William and Mary Residence Life staff, her daughter Nadia is allergic to “almost everything.” Even so, every sniffle in the night has been a cause for concern.

Nadia was diagnosed last May with nasopharyngeal carcinoma, a type of rare cancer that affects the nose, ears and throat. She was diagnosed after spending several months suffering from what many doctors presumed to be typical allergic reactions.

It was only after Nadia’s lymph nodes swelled so badly she could hardly move her neck that doctors began to understand the seriousness of the situation. Nadia entered the hospital May 1 and was administered a series of tests, including a biopsy. On the afternoon of May 6, doctors told Mason what they had found. The cancer, which afflicts fewer than one in a million children in Nadia’s age range, was in its furthest stage by the time they caught it. Nadia would have to be pulled from school to undergo chemotherapy.

Jessica Raymond, who works with Mason, was in the office when Mason called from the hospital.

“She was screaming, and I couldn’t understand what she was saying until finally I heard the word ‘cancer,’” Raymond said.

From that phone call emerged what would later be called TEAM Nadia, a group that comprises five of Mason’s coworkers. TEAM Nadia was established to help Nadia through her recovery and raise funds for her treatments. One member of the group was a cancer survivor, and some members had children themselves.

TEAM Nadia stepped in to help Mason manage her work, host events in the Williamsburg area — including a triathlon that, with 50 volunteers, was larger than any their sponsors had ever handled — and collect donations from organizations based around the country.

“I don’t think they even told me all that they were doing because they thought I would stress over it,” said Mason.

In addition to helping fund the treatment Nadia needed, TEAM Nadia also collected in-kind donations, like postage stamps, a shower chair and a new mattress. On Nadia’s 12th birthday, a local church videotaped a message so that Nadia could celebrate from her hospital bed.

At the time of the diagnosis, Nadia was an introverted fifth grader. She was shy because, as her mom put it, “she thought she was a little crazy.” When she wasn’t in school, she would read what she could, and she loved to swim.

Starting that summer, however, a combination of chemotherapy, radiation and various drugs made it nearly impossible for Nadia to be physically active. During the course of treatment, Nadia lost her hair, her energy and her ability to eat solid food. Radiation aggravated her neck, so she kept a towel around it when she walked. For 35 days in the fall, she received two painful shots each day in order to retain her ability to taste.

Nadia and her mom never discussed Nadia’s conception of death or its possibility. Some nights, Nadia would say that she was ready for whatever treatment was necessary. On other nights, according to Mason, she just seemed tired and wanted the pain to be over.

“Some nights we would just cry together,” Mason said.

Throughout the process, Nadia was aware of the help she was receiving. Once, she asked her mother why her friends in the hospital didn’t have a team like she did.

“If she got a bunch of crayons or a bunch of coloring books, she would give them away and keep only one for herself,” Raymond said.

And on her birthday in July, while hooked up to an intravenous therapy machine, Nadia asked her mother what a foundation was.

“We’re going to turn the attic into a store,” Nadia said to her mom. “And when we know someone needs something, we are going to give it to them free.”

Nadia was planning for, as she put it, “the end.” However, late this fall, “the end” was postponed.

On the day before Halloween, Oct. 30, 2013, doctors confirmed that Nadia no longer had cancer. One more appointment had to be scheduled, to remove the chemotherapy port Nadia still had inserted above her clavicle. In her mother’s pink planner, Oct. 30 is marked in all capital letters: “NADIA CANCER FREE.”

Nadia is still dealing with the lasting effects of her condition and the treatments, and she may have to for the rest of her life. Her energy remains depleted and, after spending so long on a feeding tube, dietary complications continue.

But Nadia, who recently returned to school, said that acclimating to sixth grade is not as difficult as she thought it would be.

Nadia used to ask questions such as, “What did I do to give myself cancer?” and “What will happen to all my stuff in the end?” Now, she asks her mom why the boys are acting differently than they did in fifth grade, whether her classmates will like her hair or make fun of it, what it will be like to have her own locker, and if she’ll have the energy to open it.

While Angela Mason continues to spend many nights by her daughter’s bedside, listening for any sign of disturbance, life for Nadia is beginning to return to normal.