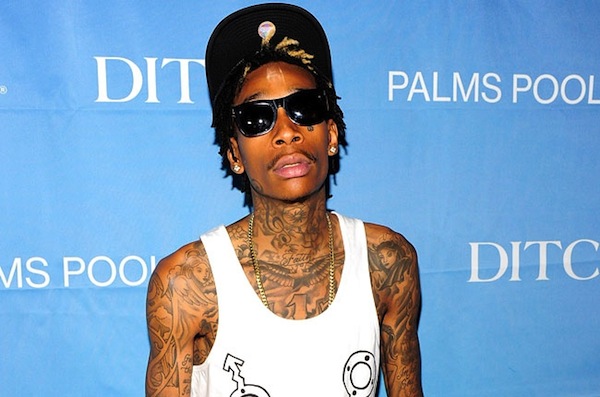 We all know the College of William and Mary student body works hard. On Saturday night, they proved they could play hard in true Wiz Khalifa fashion.

The cheering and chatter before the concert began was audible upon entering the doors of William and Mary Hall. The floor of Kaplan Arena had changed from the ceremonial stage that hosted Chancellor Robert Gates ’65 and College President Taylor Reveley during Friday’s Charter Day Ceremony to the stage that the Grammy-nominated, big-name rapper would dominate. The audience was a mix between diehard Wiz fans and students just excited that the College got such a big name to perform. The excitement in the Arena was palpable and increased as the stands filled up.

A little after 8 p.m., Chevy Woods — otherwise known as the opener very few members of the audience had actually heard of — made his entrance. He tried to pump up the crowd with his music. Unfortunately for both him and the audience, the attempt fell flat, as barely anyone knew the songs. He rapped some songs and left without taking up too much time.

In the period of silence between Chevy Woods and Wiz Khalifa, the floor became a war zone. Concertgoers pushed each other trying to get to the front. Elbows came out in full force, as did ensuing passive aggressive comments. Some people got blatantly aggressive, screaming at each other and shoving people — shout out to the girl who tried to fight me because I kept being pushed into her. The audience began to get impatient and demanded that the concert start up again with chants of “Wiz! Wiz!” which were met with nothing but silence from the stage.

After a few lifetimes, the lights on stage changed and Wiz’s band appeared. The rapper himself was met with thunderous cheers from the crowd. He echoed the energy of the horde, channeling the excitement into his performance. Wiz filled up the whole stage throughout his performance, dancing around and moving his head along with the music.

Soon after Wiz began, the floor turned into a mosh pit, students bumping into each other and dancing as best as one can to rap music. Puffs of smoke — from a mysterious source — came up from different areas of the crowd throughout the concert. The audience enjoyed this brief escape from the stresses of school and got caught up in the music.

He sang a number of different songs, including his popular “Young, Wild and Free,” the only song to which a majority of the audience actually knew the lyrics. He also sang some mildly familiar songs like “No Sleep” and “Work Hard, Play Hard,” along with other songs that only the avid Wiz fans really knew. His performance included College students dancing on stage, Wiz stripping from the waist up — much to many audience members’ delight — and a certain plea that the women in the audience show off their assets “for the boys.”

This Charter Day concert seemed like an overall success, with a seemingly higher attendance than Gavin DeGraw’s performance last year. It certainly had more buzz on campus in the days leading up to the concert.  The audience ate up both Wiz’s music and onstage antics.

Unless they live under a rock, most people in our generation recognize Wiz Khalifa’s name. Expectations for the Charter Day concert had been high since the performer was announced at the Yule Log ceremony in December. Wiz exceeded those expectations and set the bar high for next year’s Charter Day concert.

Here’s to hoping that the next performer, whoever that will be, will meet the standard set this year.